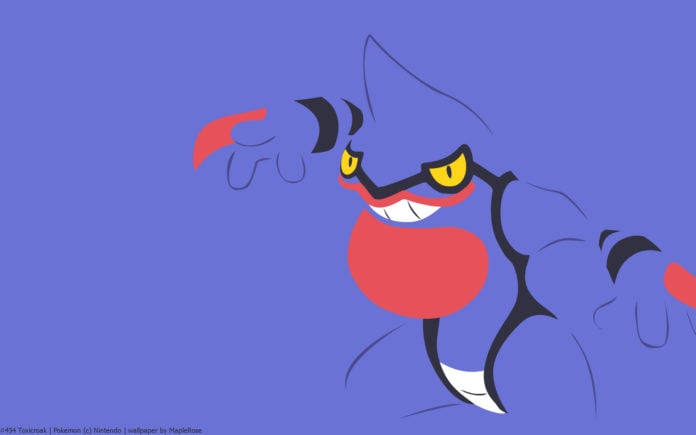 Being a Tier 3 raid boss with a 4x weakness, it is easily soloable by high-level trainers and low-level trainers can look to beat it effortlessly with a team of 2-3 trainers.

Therefore, Toxicroak is undoubtedly a good Pokémon to raid! With that being said, let us check out the raid details and counters for Toxicroak including its movepool

Let’s check out the top raid counters for Toxicroak:

Toxicroak can be caught with the following CP values:

Toxicroak has the following stats in Pokémon Go:

While Counter and Dynamic Punch form the best moveset for Toxicroak, your Psychic type counters will resist it.

Sludge Bomb would do good neutral damage to your Pokémon. Sludge Bomb is easy to dodge.

Mud Bomb hits frequently but is also easy to dodge.

A fine Pokémon for the lower leagues, Toxicroak is a neat offensive monster that can definitely help you in battles. As such, it is undoubtedly worth doing its raids!