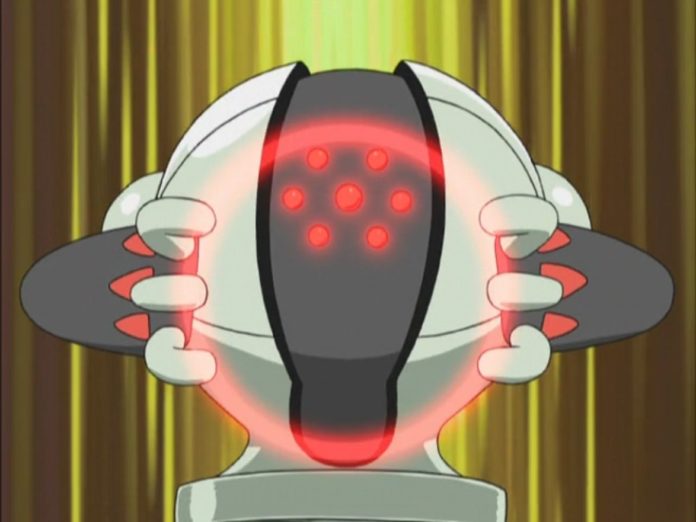 With Regigigas finally making its debut in Pokémon GO, Trainers rejoiced as we had an opportunity to catch this beast alongside with the shiny variants of the Regi trio becoming available worldwide. In addition, we were also met with a brand new move, Lock-On, which the Regio trio can now learn.

Curiously, Niantic chose to introduce the new Fast Move when Trainers were faced to battle the Trio. In raids, Lock-On was laughable considering how little damage it did to raiders, but it sparked a completely opposite reaction in the PvP scene.

Let’s see how and why Lock-On changed the meta game.

Lock-On only deals 1.0 DPT (Damage Per Turn), which in itself is quite low, but it has an energy return of 5.0 per hit with a 1.0 turn duration in PvP. This makes Lock-On the fastest EPT (Energy Per Turn) move out of any Fast Move currently available in the game. Previously, the 3 fastest EPT Fast moves were Mud Shot, Psycho Cut and Thundershock with 1.5 DPT and 4.5 EPT.

Believe it or not, Lock-On has affected the Trainer Battles meta deeply and changed the dynamics of PvP entirely. Lock-On has made the Regi trio incredibly overpowered in PvP; However, I will just be covering Registeel, which, as of now, is ranked #1 Pokemon for overall performance in the Great League and even the Ultra League according to pvpoke.com.

Even the birds know that Registeel’s insanely high bulk (192 DEF and 134 HP) makes up for its low Attack stat (94). Registeel triumphs over its brothers for many reasons, but first, we must evaluate the moves for each member of the Trio.

Thanks to the EPT edge that Registeel has, it can get to its charge moves faster than Regirock and Regice. Registeel can reach Flash Cannon in the same amount of time it takes Regirock to reach Stone Edge, which even costs 10 less energy use.

Registeel can also reach Focus Blast in the same time it takes Regice to use its fastest move, Earthquake, which shows that its EPT alone makes Registeel the clear winner of the trio and even the entire Great / Ultra League.

Regirock and Regice with Lock-On have become an unmerciful pick, as they have an incredible 70% win rate in the Great League which is a vastly steep increase from their previous position.

However, Registeel has a whopping 80% win rate against core GL meta, including Venusaur, Azumaril, Haunter and Jirachi to name a few.

The only downside to Registeel is its weakness to Fighting, Ground and Fire types. With that being said it has a massive 11 resistances – Bug, Dragon, Fairy, Flying, Grass, Ice, Normal, Poison, Psychic, Rock and Steel –  which certainly makes up for its downfalls.

Pokémon such as Primeape, Toxicroak, and Swampert can counter Registeel, but with its high Defense stat, Registeel can still withstand a hit from even its most troublesome counters.

Registeel can play every single role well and come out on top. Need a safe Pokémon to start a battle? (Lead), Got no shields left? (Closer) Your opponent still has shields and you don’t? (Attacker) Got shields in play to use? (Defender), Registeel answers all those questions with an iron fist! (literally)

Lock-On has turned Regirock, Regice, and Registeel from a PvP laughing stock into schoolyard bullies. Kinda incredible, but the new Regis will take your lunch money and laugh at you in the process.

Now, before you invest 100,000 Stardust and 100 Candy into a second move for Registeel, keep in mind that Niantic could nerf the EPT that Lock-On provides. As of now, it is insanely mind-blowing how it has gone from 0 to 1 in one day on the overall PvP ladder. Even with a potential Lock-On nerf, Registeel will still be a solid pick in the Great League.

The trio can also be taught Lock-On from Fast TM’s, which means that if you have acquired a Regi from a research task (when it was available from a 7-day research task reward), you will be lucky enough to use any of the trio in the Great League since they would have been level 15 and all under 1500 CP.

It is highly advised to try and acquire a Registeel with the IV Spread of 11/15/15 from a raid, which will reward you with the potential to show Registeel’s true PvP dominance. If you can flip Registeel in a trade with another trainer, then the ideal IV spread you will be looking for is 0/8/15 which according to gostadium.club is ranked the #1 IV for Registeel.

With how much of a shock this has been to the PvP community, trainers have even begun making memes about Registeel and how overpowered it currently is in the meta.

Take for example SwagTips video regarding the topic named “A Weapon To Surpass Metal Gear” which features how overpowered Registeel is in battle in a joking manner and also this Tweet from @SebitianAle which shows how Registeel goes from doing little damage with Lock-On to sudden Charge Moves being shot right at your face.

Best of luck trainers! Try to get a decent Registeel for PvP, you will not want to miss out on an opportunity to have the #1 ranked overall Pokémon in the Great/Ultra League on your team.

In this case, Steel is heavier than feathers, since you will have to live with the weight of what you did to those poor Flying-type Pokémon.