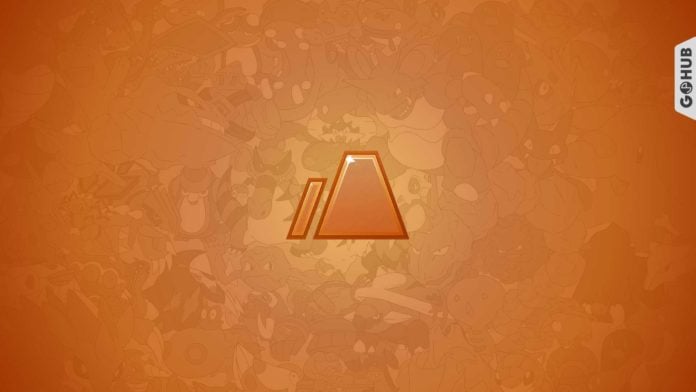 The Ground types are often one of the most feared Pokémon types in any meta. An absolutely remarkable offensive presence, Ground types have the highest super-effective coverage of all types (tied with the Fighting type). Both Ground and Fighting are super-effective against 5 types, thereby making them amazing attackers.

For one, Ground is super-effective against those pesky Steel types, the best defensive type in the game. And not to mention, they have such amazing moves! Most notably, Earthquake.

Even in the competitive scene, Ground is widely feared and Earthquake is just as terrifying as it sounds.

In Pokémon Go, this earthy typing was rather underwhelming in the beginning and till Groudon was the only talking point when it came to Ground types in the game.

These two generations of Pokémon finally made the ground shudder for real. Today, we are in the midst of Gen 6 and have a crop of meta shaking Ground types that take up different roles and niches. So the [best] ground Pokémon need not necessarily give their best performance as a Ground type. Such Pokémon are included in this article because, well, they are Ground types.

This article aims to give a collective overview on how best you can use the most relevant Ground types, STAB or not. I will also shed light on how some of them square up for the future meta. The entrants in the list are not exactly in any particular order per see but rather, on how useful they are in the long run.

With that being said, let’s dig into the article!

The Ground typing does have its share of legendary Pokémon but none are as popular as Groudon.

A destructive force of nature, the very embodiment of land and Kyogre’s bitter nemesis, Groudon is the box legendary of Pokémon Ruby and is one of the most powerful legendaries in the meta.

With an excellent ATK stat, access to Mud Shot, the powerful Earthquake and the shield-baiting Fire Punch, Groudon is a menace in the Master League and a leading counter to raid bosses weak to the Ground typing.

Groudon has a bright future. Its signature move, Precipice Blades, has been in the game master data for a long time now. With 130 BP in both PvE and PvP, and a marginally lower energy requirement in PvP, if you thought Groudon is a headache in your ML battles, wait till you face one with Precipice Blades.

Primal Groudon comes with an amazing ATK stat of 331! Ah, the days when we assumed Mewtow’s 300 ATK stat was high! An Earthquake from a 331 ATK is a nightmare. With Precipice Blades, Primal Groudon will undoubtedly be the ultimate #1 Ground type in the game. But till then, we will have to settle with Earthquake and that’s not bad. In fact, it’s amazing!

Primal Groudon will undoubtedly be a monster. However, because of the traditional 9% nerf associated with OP legendaries, Primal Groudon isn’t exactly the OP monster in Pokémon Go (as one expected). That’s because the mega evolution of the next entrant is a little bit more terrifying…

Imagine a shark dragon launching itself out from the ground. And… it can fly, it can swim. Scary, right? Yes, everyone fears Garchomp.

This monster still hasn’t had its Community Day and it’s already a terror. What makes Garchomp an exceptional Ground type is its primary Dragon typing. The typing of Dragon and Ground grants Garchomp a triple resistance to the Electric type, thereby making their attacks hit like a pillow to the Chomper.

But just like Groudon, Garchomp also has a bright future ahead…

Not only is Garchomp yet to get a Community Day wherein it can potentially gain moves like Dragon Rush, Earth Power or Dragon Claw, it also turns into one of the most powerful mega evolutions in the game: Mega Garchomp, with an astronomical ATK stat of 339!

You can see that Mega Garchomp has superior stats when compared to Primal Groudon.

Want to know why Garchomp and Mega Garchomp are the deadliest Ground types overall? Read my Garchomp Meta Analysis article to find out!

Your wish for a monstrous Ground type has been fulfilled by a genie!

Landorus Therian, the leader of the Unovan legendary Genie Trio, may have been robbed off Earth Power by Niantic for now, but that doesn’t mean Landorus-T has lost its mojo. Without any mega evolutions or Primal formes in consideration, this legendary Pokémon is arguably the best Ground type to use in the meta.

A staggering 289 ATK stat and acceptable bulk made XL Landorus Therian the undisputed top Pokémon in the Master League meta as well as a top-notch PvE monster for types weak to the Ground typing. Truly, its performance in the Master League is nothing short of incredible and with the exception of Kyogre, Giratina (both formes) or Mamoswine, Lando-T poses a tremendous threat for the entire meta. A Steel killer that can also trouble Togekiss with Stone Edge and other Dragon types? Wow, just wow!

Landorus Therian could be your go-to monster in the Master League and barring Mega Garchomp and Primal Groudon, it is the best Ground type. Period. Find out just how Lando-T terrorizes the meta from my Landorus Therian Meta analysis article.

The drill is real! If we could not pay too much attention to Excadrill’s underwhelming DEF stat of 129, the ATK (255) and HP (242) stats make it a hypothetical pseudo legendary Pokémon.

But even if you ignore that, Excadrill is absolutely amazing. A jaw-dropping typing of Ground and Steel which is theoretically the combination of the best offensive and defensive types in the game, useful resistances and the best moveset it could get… Excadrill has always been destined to be a very good Pokémon.

Right on its introduction, Mud Slap and Drill Run made Excadrill out-DPS even the mighty Groudon! Naturally, Excadrill exceeded in the PvE meta and while it did perform decently well in PvP, the lack of a fast move with good energy gains never really brought the spotlight on this drilling monster from Unova.

But all that changed when Excadrill finally got access to Mud Shot in Pokémon Sword and Shield. The icing on the cake was served when Niantic followed suit by blessing ‘Drill with Mud Shot!

While Landorus-Therian may have taken away the Ground DPS throne from Excadrill, our Drill Pokémon is extremely quick and versatile, and will always hold a pivotal role in the meta.

Find out more about just how excellent Excadrill is from our Excadrill Meta Analysis article.

Swampert holds the distinction of being possibly the only Pokémon being a red alert threat in all three PvP leagues.

A wonderful typing of Water and Ground granting it an only weakness to Grass, good stats, access to the powerful Hydro Cannon, Mud Shot and a cheap 10000 Stardust and 25 candies to unlock Earthquake make Swampert fit into the meta like a glove.

But do you leik Mudkipz? If you do, you would totally love Swampert on steroids when it mega evolves.

With a mighty impressive 283 ATK stat, expect its Hydro Cannon to be nothing short of murder. Not to mention, a great Ground type, y’all!

Let you and your friend team up in raids, use Mega Swampert and Mega Garchomp together, get the mega boost and watch types weak to Ground beg for mercy and suffer! (evil laugh echoes).

Okay, where was I?

Right! So if you are curious about why Swampert is meta in all three PvP leagues, then you should totally check out my Swampert PvP Guide article!

The surfin’ and rock launchin’ evolution of Rhydon flexes itself in both PvE and PvP.

In PvE, it excels both as a Rock and a Ground type with excellent stats and moveset to boot. Mud Slap, Smack Down… Earthquake, Rock Wrecker… the options are great and yours to enjoy. But at the end of the day, its outing as a Rock type is truly remarkable.

In PvP, you can go either route. As a Ground type, it can farm down the likes of Dialga, Metagross, Melmetal, Zekrom and Excadrill. And as a Rock type, it counters Togekiss, Lugia, Reshiram, Dragonite and Gyarados. It also comes with Surf and Superpower to boot!

While the choice should ideally depend on your team lineup, it goes without saying that Rhyperior is a Swiss Army Knife in the meta. You will totally enjoy using this monster despite its many weaknesses.

A Pokémon of mammoth proportions (quite literally!) from Sinnoh, Mamoswine is responsible for making the Ice typing formidable in the Pokémon Go meta. Mamoswine didn’t really need its Community Day to be the stuff of nightmares for Dragon types like Rayquaza, Dragonite and Salamence, and despite Galarian Darmanitan taking the Ice type throne, this Pokémon will always remain a premier Ice type in the game.

Mamoswine also has Ground type moves like Musd Slap and Bulldoze. While Powder Snow is unanimously the more feasible move for Mamoswine, it can have Bulldoze quickly charged to check its weaknesses such as Fire and Steel.

Be it the soaring Dragon types or the bulky Steel types, Mamoswine screams “danger” to either. After all, not many can counter both those types together.

Needless to say, it does well in both PvP and PvE! Check out my Mamoswine PvP and PvE Guide article to see how best you can use this amazing Pokémon in the meta.

Arguably the best offensive type in the meta, this typing has some real stars! I have presented the best Ground types for you to dust up (pun intended!) and excel with. No other type can bring Pokémon down-to-earth and shake them to the core like the Ground type does.

This does not, by any means, imply that the other Ground types are underwhelming in any way. Steelix, Gliscor, Torterra, Flygon, Krookodile etc are all amazing Pokémon that don’t fail to fit in at least some niche. A huge shoutout to every single Ground Pokémon out there!

If you a trainer striving to be the best like no one ever was, you should absolutely include at least one Ground Pokémon in your team. Fun fact: A Ground type expert with half of their team being Ground such as Garchomp, Swampert and Excadrill don’t share any common weaknesses! Just how thrilling is that?!

This just goes on to show just how much you can do with this type. Win big and have fun while doing so… that’s Ground for you!

Let’s go and make earth-shattering achievements as a trainer with Ground type(s) on our side!