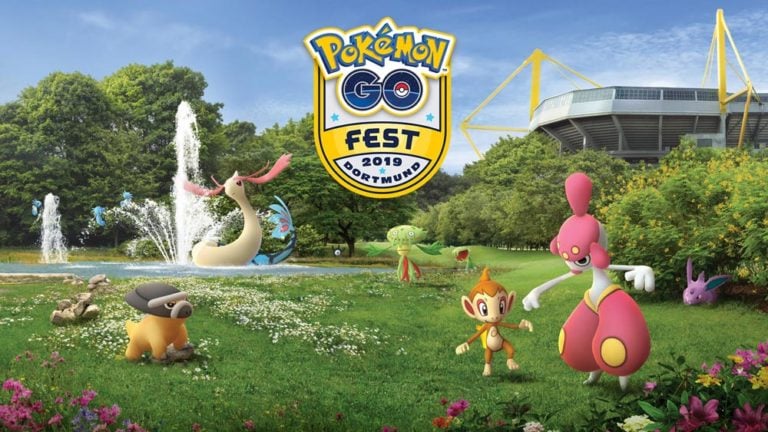 Three years later and the magic is still there. Dortmund, a relatively slow and (arguably) boring German town was once again awakened by the sheer force of thousands and thousands of Pokemon GO players. If I lived in Dortmund, I must admit I wouldn’t know how to react over these four days. Every street, every corner, every park and every bar is filled with Trainers. Power banks in every pocket, cables in every color, shirts, backpacks, hats, weird hats. We had it all for four days. And too many Slakoth, that’s for sure.

This is the second year in a row that a major Pokemon GO event takes place in Dortmund and it’s not a surprise really. Westfalen Park is an excellent venue, with lengthy nature paths stretching between lazy German meadows, circling around a natural lake and between high and low vegetation. Large expansive meadows make for a perfect location to prop up a team tent and easy road access makes it convenient to deploy CoWs (Cell on Wheels) when the mobile traffic demands it.

We are well aware that many of our readers fantasize about having a GO Fest in their hometown, but after seeing how the operation is ran behind the scenes, I have to admit that I don’t see it moving anywhere soon. The overwhelming amount of personnel and the logistics of organizing a four day event with so many people makes it ridiculously difficult to move once you establish it somewhere.

Combine that with the fact that Germans are legendary for their precision and their abilities to follow and enforce rules, and you must agree that it is very unlikely that Niantic will switch the venue on a whim.

But alas, let’s talk about the event itself.

The quality of event has increased, that’s for sure. Gone are the days when using an Incense could make your game unplayable for the rest of the day and gone are the overwhelming network issues. The giveaways and on-site shops were spot on: an equal amount of T-shirts was given away every day and stores were re-stocked every morning, making it easy to buy and to get some free swag if you really wanted to.

There could and there should be more hydration points throughout the park and cell coverage was flaky around charging stations, but none of that mattered when the Team Rocket balloon went up during the first day’s group photo. That moment – crowd screaming, cellphones going up in air, Niantic employees watching and enjoying the scene – was one of those magical moments we thought we left in 2016. Luckily, that’s not the case and we’ll probably see more Team Rocket in the near future.

Attention, Trainers! We’re aware of the reports of a hot air balloon with an “R” logo hovering around #PokemonGOFest2019 over the past few days in Dortmund, Germany. We’re monitoring the situation and looking into it.
Reported by Twitter user: @coupleofgaming pic.twitter.com/RPa3fOqjGw

The spawns inside the park were good, well planned and executed. Every habitat was filled with distinct Pokemon, the majority of which could be shiny, which created this insane shiny frenzy effect throughout the whole park. Most people we’ve talked to had good shiny luck, getting anywhere from 5 to 25 shiny Pokemon during their game play day.

Outside the park… well, let’s just say that you better love Slakoth.

They were literary everywhere, covering the over world map like a stupid white carpet and making a bizarre pattern that was occasionally broken by a random Voltorb, Nidoran or a Girafarig. Luckily, Shellder and Geodude spawns were common enough to make the grind enjoyable, but by the end of the second day most of the players didn’t even mention catching a shiny Slakoth anymore.

It is outside the event where I find my only problem with this year’s GO Fest. And don’t get me wrong, it’s a minor, emotional gripe, and it is probably unreasonable, but I will still disclose it.

Something in the air

Last year, Niantic was not prepared. The network was under fire, if you used Incense you were out / errored for the day, and you couldn’t even play in the park. Sounds terrible, doesn’t it? Sure, but it really wasn’t, quite the contrary. Forced to exit the park, and guided by last year’s “go to the city” tweets, players dispersed throughout the Dortmund city center, a circular area completely walkable under 10 minutes, end to end.

What happened next was magical: spontaneous groups of 50-100 people formed and traversed the city on foot, new friendships were made as players were forced to cooperate and make the best of the broken event. Last year’s event was broken, but our spirits weren’t – we came here to play, and play we did!

Contrasting that feeling with this years event makes me lone for more of that good ol’ feeling. In food terms, this years GO Fest was a well executed all you can eat buffet, while last year’s Safari Zone felt more like camping with canned food and no can opener.

I’ve touched this topic with a lot of Niantic folks we met in the press tent and their reaction was honest and simple: the devs would never allow it. And that’s fine, that’s how it should be, that’s how the world works.

For me, the event was once again completely magical. The vast majority of issues were fixed and the ticket is now worth every penny! Getting to meet some of the GO Hub members was incredible, especially when you get a “let’s meet at the golden nut” message before it. I warmly recommend attending GO Fest in any region, regardless of how many Pokemon or shiny you have. You’re here for the whole thing, not just to improve your stats. 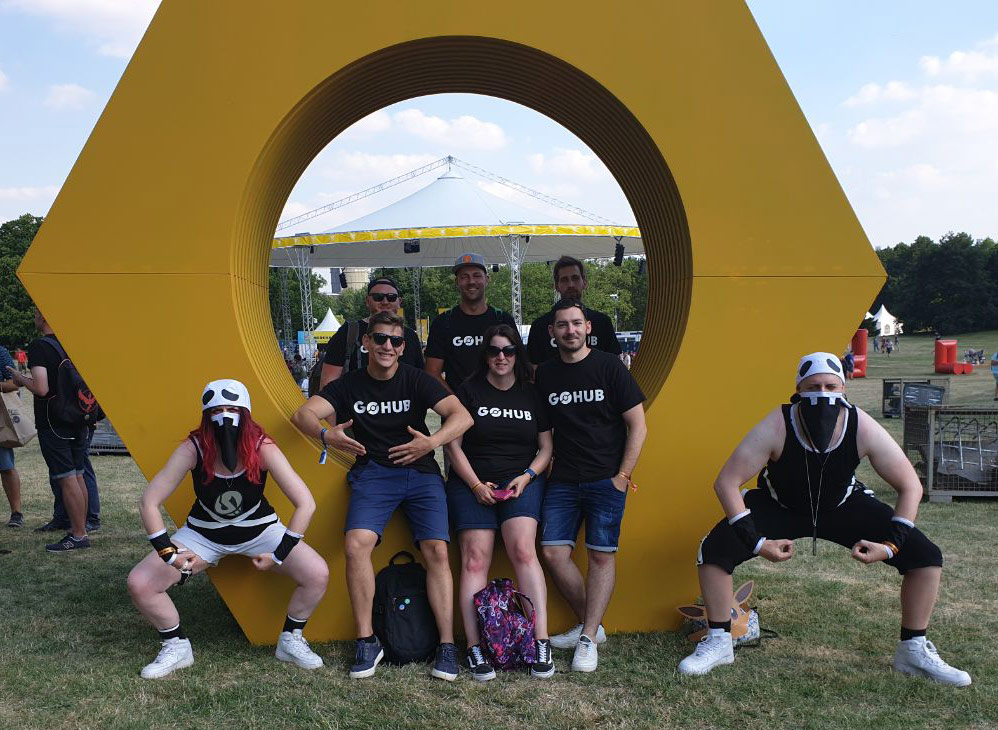