Ho-Oh has been released as a Raid Boss around the world, following the immense success of the recently ended Global Catch Challenge! Ho-Oh will be appearing as a Legendary Raid boss until December 12th of 2017 everywhere around the globe.

Our regular friend Chrales, a data miner with the PoGO Dev discord channel, managed to data mine the following news graphic that should be appearing in your game’s news section soon: 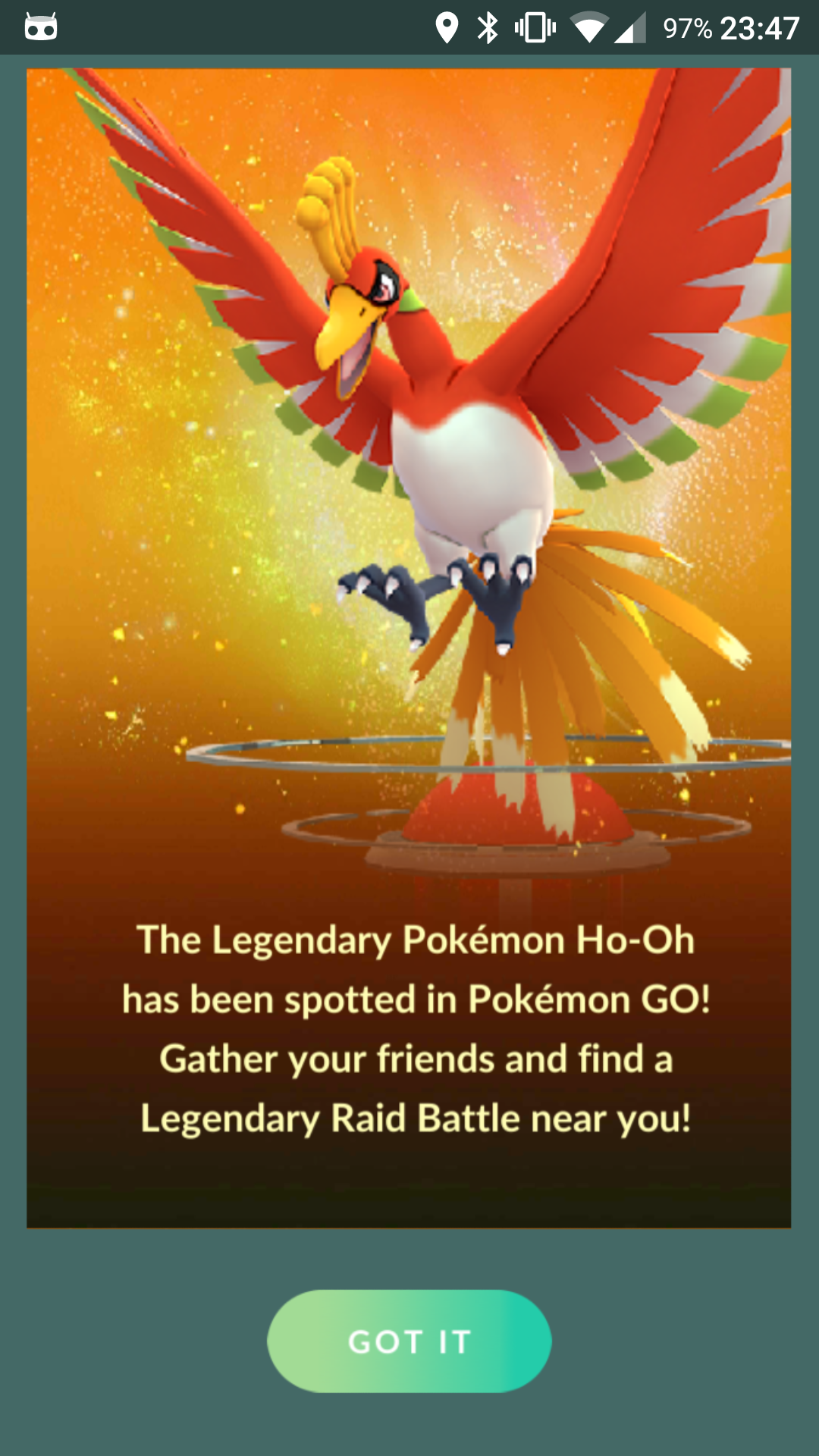 Both normal and shiny Ho-Oh sprites are also available in the game as of now:

The official wording states that Ho-Oh will be available as a Legendary Raid Boss, hinting that the EX Raid system WILL NOT BE USED for this release:

Congratulations! We issued a challenge—and you answered the call. Collectively, you caught over 3 billion Pokémon during the Global Catch Challenge, unlocking some amazing rewards along the way. But that’s not all… As a result of all your hard work, Ho-Oh is now appearing in Raid Battles at Gyms around the world until December 12, 2017. So, gather your friends and find a Legendary Raid near you!

In any case, be sure to read up on Ho-Oh using our Ho-Oh Raid Boss guide and prepare to raid the beast. Remember, you don’t need an EX Raid pass to raid Ho-Oh!