It’s the eve of yet another Community Day, Trainers, but this Community Day is quite special isn’t it? Larvitar is a much sought after Pokemon, and the exclusive Smack Down Tyranitar will be everyone’s go-to Rock attacker for months and years to come.

However, Niantic has decided that this Community Day will be even more special, as shiny Larvitar, Pupitar and Tyranitar models have been spotted in the network traffic by Chrales, a data miner associated with the PoGO Dev discord group.

Not only that, Larvitar, Pupitar and Tyranitar normal models have changed, sporting different color shades when compared to their yesterday’s appearance. Apologies for not posting a picture of before-and-after Pupitar, you know how those cocoons are – easily transferable and easily mistaken for a Cascoon (true story).

Here’s how Larvitar and Tyranitar have changed though: 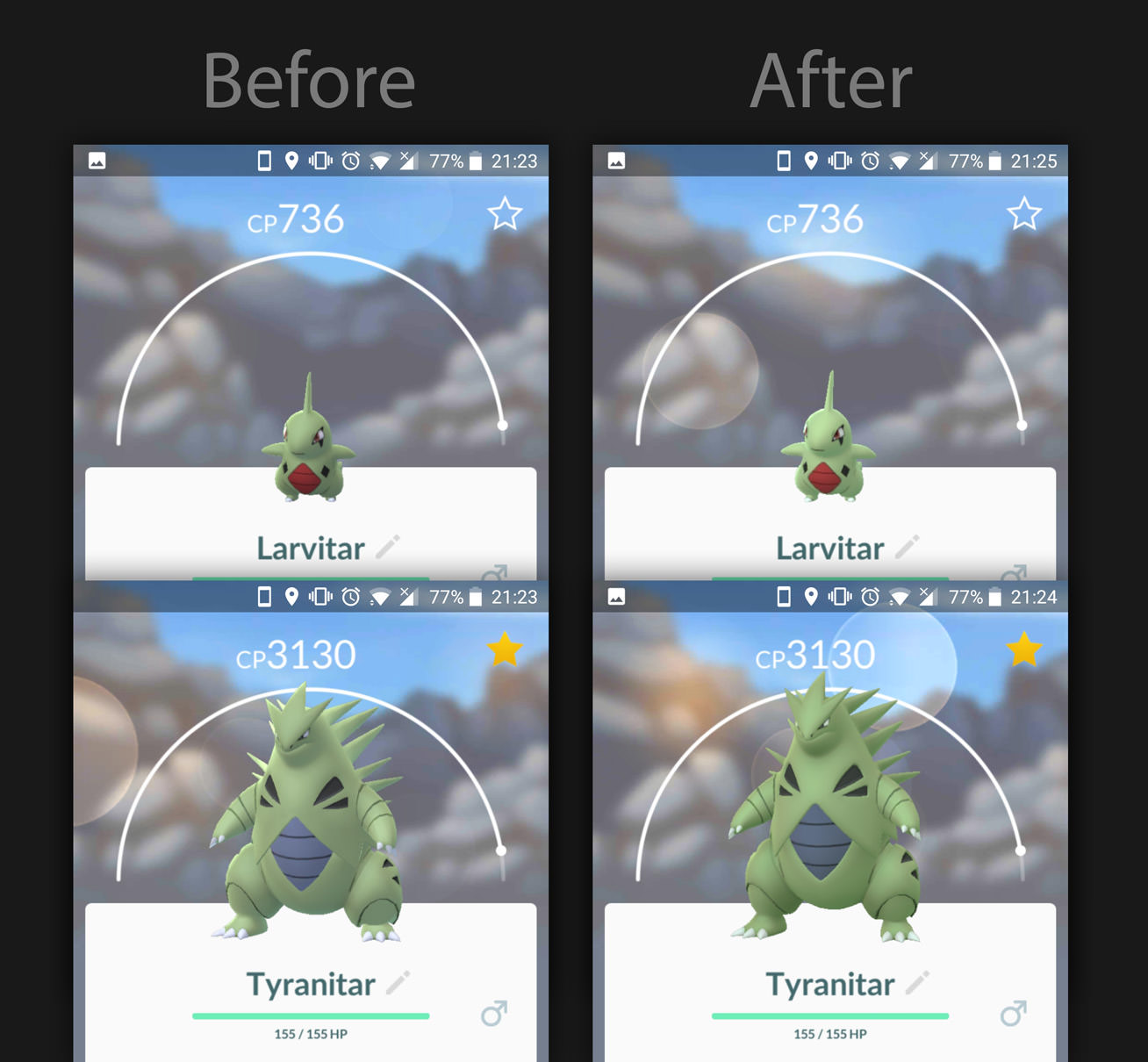 And here’s how Shiny Larvitar, Pupitar and Tyranitar look like in the game: