DISCLAIMER: This article is posted for April Fools 2019. Feel free to check out the links and screenshots, as well as the teaser trailer we worked hard on. 🙂

With the success of Pokémon GO and the upcoming release of Harry Potter Wizards Unite, Marvel has announced its plans to release their own AR game, named Avengers: Heroes Assemble as a tie-in to the release of Avengers: End Game on April 24. Marvel’s official Twitter account tweeted: 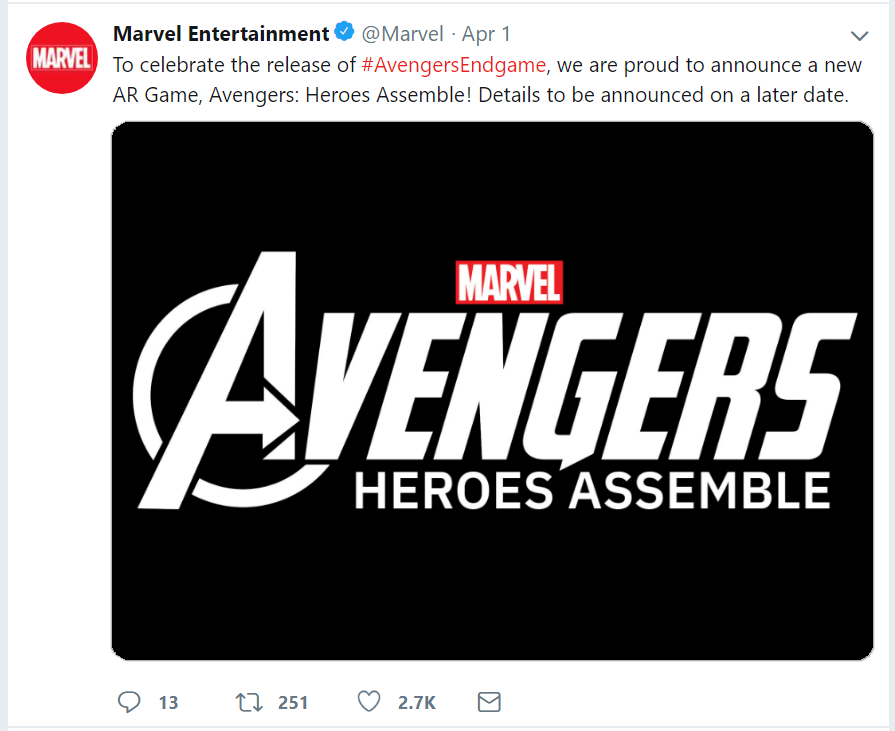 They did put out a teaser which you can watch below:

DISCLAIMER: If you are still reading this, you might be thinking “What the hell?” That’s because this article is written for April Fools 2019. 🙂