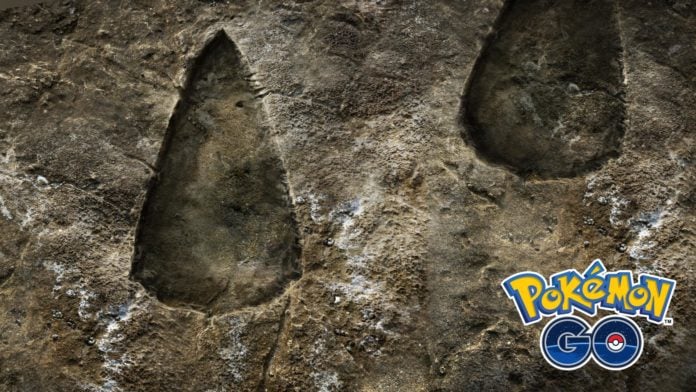 Trainers, attention – Niantic has just teased that a new Mythical Pokémon is coming! Dubbed “Something Mythical is coming, Trainers”, the teaser tweet displays a set of Pokémon footsteps in the mud.

If we’re not mistaken, these footsteps look a LOT like something Genesect would leave behind! After all, Genesect is Generation 5 Mythical Pokémon with triangular feet.

In their Pokémon GO March Events announcement, Niantic shared that a mysterious weekend event is coming from March 20 to March 23. During this mysterious event, Normal-, Fire-, Water-, Electric-, and Ice-type Pokémon will be appearing more often in the wild.

This plays well with Techno Blast, Genesect’s signature move. Techno Blast  is a Normal type move that changes its type depending on which item Genesect holds. Here’s a quick overview from Bulbapedia (the light refers to the coloured part of Genesect, next to the cannon):

One-star to four-star Raid Battles throughout the weekend will feature various Bug- or Steel-type Pokémon, both of which are Genesect’s types.

Lastly, Niantic has shared that the mysterious weekend event will also be accompanied by a brand-new Special Research story event, which sounds like Genesect discovery storyline could be a part of Pokémon GO as well.

Stay tuned for updates, March 20th is not far!

👣 Something Mythical is coming, Trainers… pic.twitter.com/CyfjHwgv7v