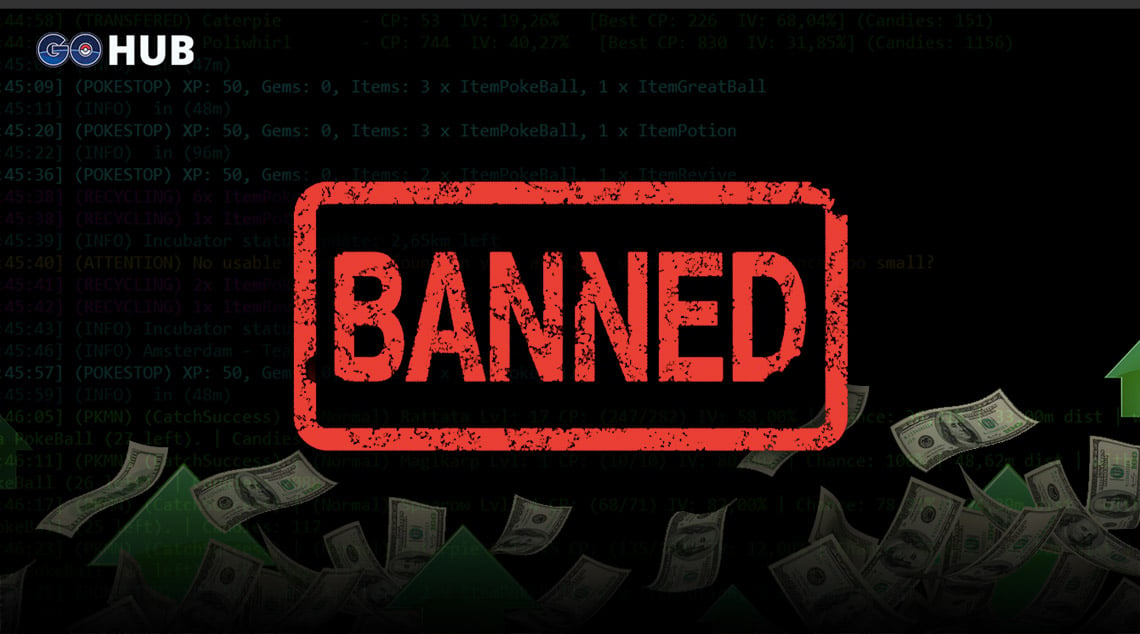 A few hours ago, The Pokemon GO Development team posted an official blog post titled “Cheating and Bans“. By the looks of it, Pokemon GO bans are finding their way to cheaters, botters and GPS spoofers.

As we already previously announced, the ban wave was already coming for weeks.

The players have the ability to report in-game cheating through the official Pokemon GO support website. As explained in the blog post, the process is semi-automated, powered by a computer system that tries to determine if the reported player cheated. We look forward to hearing more details about the system.

Following up on this news, a growing number of cheaters has already shared their ban experiences on reddit. As banned accounts are terminated, it is likely that bans are permanent.

Some legitimate players have complained they were either soft banned or perma banned due to flaky GPS and in game errors.

It is still unclear if jumping GPS and losing location in the app causes any soft bans or raises any suspicion about your account. We believe it doesn’t but players were very vocal about the problems.

However, if you are a legitimate player that was banned by mistake, Niantic has a “Ban Appeal” form where you can request a removal of your Pokemon GO Ban.

If you are unable to find the official post on Pokemon GO Bans for any reason, here is the full transcript of the blog post:

After reviewing many reports of in-game cheating, we have started taking action against players taking unfair advantage of and abusing Pokémon GO. Moving forward, we will continue to terminate accounts that show clear signs of cheating.

Our main priority with Pokémon GO is to provide a fair, fun, and legitimate game experience for all players. If our system has determined that you cheated, then you will receive an email stating that your account has been terminated.

If you do believe your account has been terminated incorrectly, you should report it to the Pokémon GO Help Center: