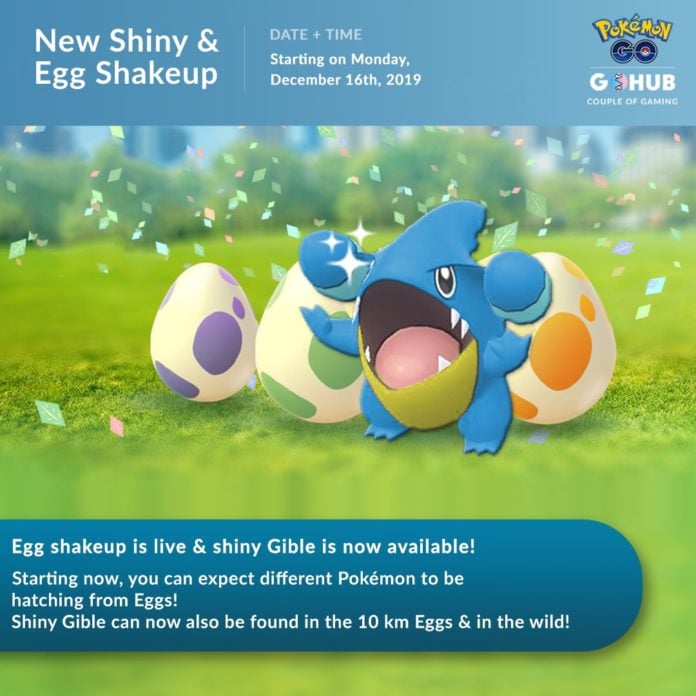 Trainers, shiny Gible has been silently released in Pokémon GO! Yesterday evening, players started reporting shiny Gible sightings, just as Niantic pushed a notification stating that new Pokémon are hatching out of eggs. Gible can be found in 10KM eggs and in the wild, but chances are slim for a wild encounter.

According to our Pokemon GO December Events Guide, “All scrambled up!” was scheduled to begin yesterday, and it was absolutely on point. The only thing Niantic forgot to include in their original announcement is shiny Gible.

Here’s how shiny Gible and its evolutions look like: 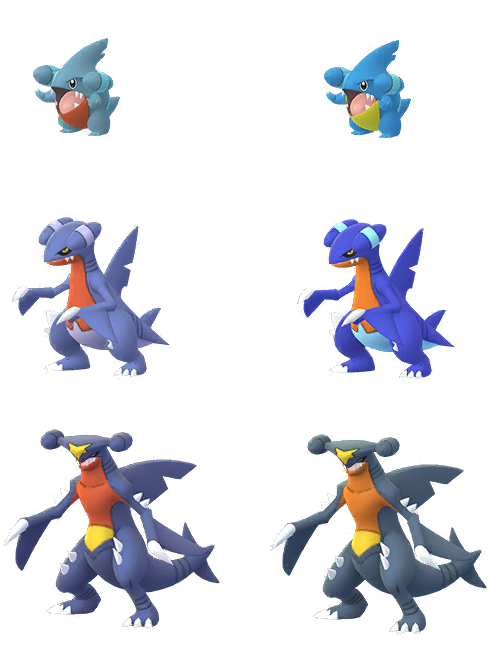 There’s a lot of confusion about this shiny release, and we’ll try to clarify as much as we can:

That is one nice looking Gible! ✨ https://t.co/9EmKlEfPo9

You can find more information on Gible, Gabite and Garchomp on our Pokémon GO database: