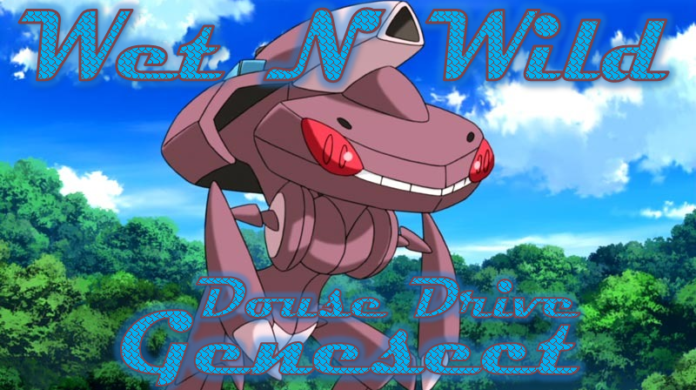 Back on January 5th, Genesect finally received its first of four elemental “Drives” that grant Genesect its signature move Techno Blast. On the very last day of 2020, I released an article detailing what Techno Blast does for Genesect in all three leagues, hopeful at the time that they’d all be coming in the relatively near-term future, and possibly be able to be Elite TMed onto Genesect in multiple flavors, even in Great League.

Nine loooooooong months later, Genesect is finally getting another Drive in addition to the Burn Drive it did back then: Douse Drive, which brings Water-type Techno Blast into the fold.

So, I think it’s worth revisiting and rewriting that old article to highlight the good and bad of each of the drives, as the metas have certainly shifted since 2020. I’m going to try and keep it relatively high level, without going into a bunch of varied shielding scenarios or IV combinations. The purpose of this write-up is to show the pros and cons of the various Drives — especially the about-to-arrive Douse Drive —and the standard 1v1 shielding scenarios show that well on their own. This will be plenty long enough sticking with just that! 😅

Alright, let’s get to it, beginning with the exclusive move itself:

The Burn Drive version of Techno Blast is a rather close comparison to Blast Burn. Blast Burn deals 10 less damage for 5 less energy, which gives it an overall DPE (Damage Per Energy) of 2.20… meaning you basically deal 2.2 damage for each energy spent. Techno Blast has a DPE of 2.18, so they’re virtually identical. Another comparison can be made to the move Overheat, which costs the same 55 energy at Techno Blast but deals 10 more damage, for an overall DPE of 2.36. BUT Overheat, of course, comes with the big drawback of self-nerfing the user’s Attack by 2 stages. Suddenly that 10 less damage isn’t looking so bad, now is it?

For the new Douse Drive-inducted Water version of Techno Blast, the closest comparison is the still unreleased (but long coded) Origin Pulse, Kyogre’s exclusive move, which deals 130 damage for 60 energy for 2.17 DPE, which of course also makes it a great move. However, Douse Techno Blast is technically even better with its 2.18 DPE, and is actually, by that metric, the most cost effective Water move in the game. Even Hydro Cannon is “only” 2.0 DPE with its 80 damage for 40 energy. The only other Water charge move that deals 100 damage or more is Hydro Pump at 130 damage for 75 energy, for a comparatively poor 1.73 DPE. Heck, the only Water moves that deal more than even 80 damage are Pump, Pulse, Techno Blast, and then Crabhammer at 85 damage for 50 energy (1.70 DPE). To reiterate, that makes Water-type Techno Blast the only Water move currently in the game to deal higher than 85 damage, with the only other one currently being Hydro Pump. Douse Blast is BIG.

This is even more of an extreme with the Chill (Ice) Techno Blast. The best DPE Ice charge moves have to offer currently is Avalanche, with its 45 energy for 90 damage and 2.0 DPE. And the only Ice moves that deal greater than 90 damage are Blizzard (140 damage, 75 energy, 1.87 DPE) and Ice-type Techno Blast (once it’s eventually released). There are several metrics you could measure by here to determine that, almost without argument, Chill Techno Blast is the best overall Ice charge move… with the caveat that, with STAB on Avalanche, it is still a bit better overall (2.4 DPE with STAB, if I’m doing my math right).

And finally, we have the Shock (Electric) version. While Electric has a decent range of charge moves, most of them are rather average, such as Thunderbolt (90 damage, 55 energy, 1.64 DPE) and Thunder (100 damage, 60 energy, 1.67 DPE), but the only real standout currently is WIld Charge (100 damage, 45 energy, 2.22 DPE), though it of course comes with a drastic two stage drop in the user’s Defense. Now here comes Shock Techno Blast, with its 120 damage for 55 energy and 2.18 DPE, making it, again, arguably the best move of its type.

Yes, there is also a Normal-type Techno Blast, and yes, it blows other Normal moves away, with similar moves like Hyper Fang (80 damage, 50 energy, 1.6 DPE), Last Resort (90 damage, 55 energy, 1.64 DPE), and even Return (130 damage, 70 energy, 1.86 DPE) all falling short of Techno Blast’s potential. The issue with Normal moves, of course, is that they are never super effective, so this is generally going to be the least preferred of the Techno Blast options, but if we’re one day able to TM Blast onto any Great League Genesects folks have from past events, it would still be a welcome addition as compared to what GL Genesect is stuck with now.

ANYway, let’s now take a quick look at Genesect itself before we mash it and Douse and the other Drives together in sims.

First note: no matter what Drive Genesect has, it never changes type. I’ve seen discussions on this and just wanted to make it clear. Having a Douse Drive does not make Genesect part Water, it just gives it a Water type move. Genesect will always be a Bug/Steel type, which means a ton of resistances (Dragon, Bug, Fairy, Ice, Normal, Psychic, Steel, and 2x to Grass and Poison) and one fatal flaw: a double vulnerability to Fire.

So there are several Steely Bugs in PvP at all three league levels, but there is one in particular that makes an easy comparison to Genesect: Scizor. Their stats track very closely to each other at all levels, with Scizor having 2 less Attack, 5 less Defense, and 7-8 more HP at Great League and Ultra League level (on average). At Master League level, Scizor falls behind, capping out about 350 CP lower than Genesect… but a Level 50 Scizor has the same Attack as a Level 40 Genesect, and again about 5 less Defense and 8 more HP. The two are remarkably close, and I will be directly comparing them a few times in the following analysis.

Their non-Drive moves are pretty similar too, both having multiple spammy moves (Magnet Bomb for Genesect, Night Slash for Scizor, X-Scissor for both), but lacking a true closing move. The only potent move Genesect has in its regular arsenal is Hyper Beam, which is far too slow with its relative frailty, and while Magnet Bomb deals 70 damage (for 45 energy), that’s not enough to truly close things out most of the time. Scizor has the potential of Return as its Hyper Beam Lite (20 less damage for 10 less energy), but beyond that its strongest move is Iron Head which deals 70 damage… just like Magnet Bomb (but for 5 more energy). Again, see how close these two are to each other?

But Techno Blast of course changes all that. It comes for the same energy as many other “elemental” moves — Ice Beam/Flamethrower/Thunderbolt/Energy Ball/Earth Power/etc. that deal 90 damage for 55 energy, and then Stone Edge and Shadow Ball that deal 100 damage for that cost, and the now-overpowered Megahorn that deals 110 damage for that 55 energy — but with more power than any of them. The only moves that exceed Techno Blast’s damage for that cost are Brave Bird and the aforementioned Overheat, and they deal only 10 more damage than Blast AND come with their respective -3 Stage self nerfing. All thing considered, I think it’s safe to label Techno Blast the best 55 energy move in the game. Heck, not even any 60 energy moves deal that much damage (Moonblast is closest at 110 damage), and only two moves at 65 energy hit 120 damage (Earthquake and Futuresight), and Draco Meteor gets to 150 damage (but double nerfs the user’s Attack stats). No other charge moves exceeding 110 damage for 65 or less energy.

Okay, now that I have thoroughly beat to death the comparisons between Techno Blast and other existing moves, let’s get to why that all matters. What does giving a somewhat frail Steely Bug not only a closing move, but a GREAT closing move do for it? What can it enable Genesect to do that Scizor cannot?

I’m going to skip over Great League, since there’s no way to get a Techno Blast Genesect below Level 20, and not even a 0-0-0 Genesect gets below 1500 CP. Perhaps one day we’ll be able to do it, but today is not that day, so let’s burn (or drown? 🌊) that bridge when we get there.

In Ultra League, here is our barometer: Genesect with non-Techno Blast moves. A Blast-less Genesect performs very similarly to Scizor overall, with the very notable exceptions of Scizor (thanks to Night Slash) being able to beat Giratina-A, Gengar, Gallade, and Articuno (not surprising on that last one especially, with Bullet Punch dealing super effective damage), while Genesect instead beats Obstagoon, Alolan Muk, Ferrothorn, and DDeoxys XL all thanks to having more Bug damage output, and Greedent by the speed that comes with Fury Cutter. All others wins and losses are generally shared between the two, though note that Genesect can drop Magnet Bomb and instead run Hyper Beam and potentially Scizor, Poliwrath, and even (Dragon Breath) Charizard, making it look rather tempting even without Techno Blast, no?

But the Drives, of course, only make things better….

How about Master League? Can Douse or any of the others dethrone Shock there?

First off, for the purposes of this analysis, I am going to look only at Master League Classic (Level 40). Yes, it’s possible to raid like crazy and built a Level 50 Genesect, and some people WILL be doing that. But for simplicity, I’d just sticking with Classic for this analysis. Your mileage may vary (though only slightly) in Level 50 vs Level 50 matchups, though the trends and which Drives are best will remain the same regardless. I’m just trying to give you an idea for Drive-by-Drive comparison purposes. Dare I say it’s a… Drive-by? 😏 Huh? Huuuuuuh? (‘Why must you hurt us with these puns, JRE?!’)

So what does this all mean for existing Drives?

Alright, that’s it for now! For more PvP tidbits, you can find me on Twitter for near-daily PvP analysis nuggets, or Patreon if you’re into that sort of thing. And please, feel free to comment here with your own thoughts or questions and I’ll try to get back to you!

Stay safe out there, Pokéfriends, and happy raiding. Catch you next time! 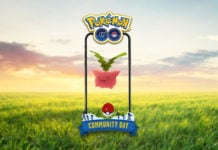