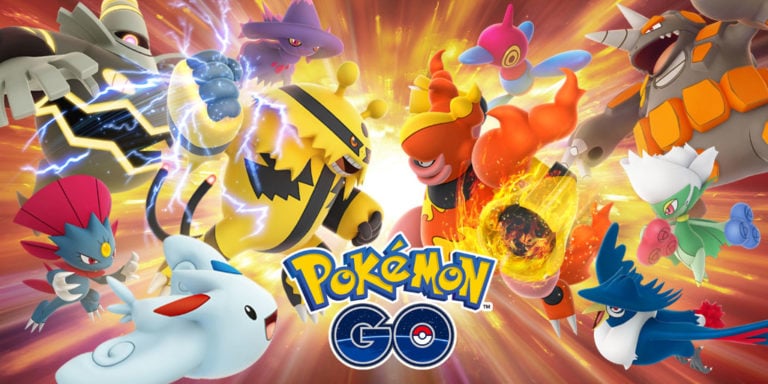 With Pokémon GO PvP coming really soon (or PvP might already be out by the time you’re reading this) most of you are wondering what can you do to prepare yourself and start winning those battles against your friends as soon as possible.
For starters, we recommend that you don’t spend any stardust, candy or even your TMs until Pokemon GO PvP comes out and we learn more about it.

Until then, you can prepare for Trainer Battles by deciding what Pokémon you’re going to use, what moves they should have, and what are the best IVs for a Pokémon in Ultra and Great League.

We won’t be talking about Master League in this one, as we all know, for Master League you want your strongest Pokémon with the best IVs powered up as much as possible.

But what should you choose for Ultra and Great League, should it be low level Legendary beast or just a regular Pokémon that maxes out just below 2500 CP (or 1500 respectively)?
Also, should you be hunting for that 100% IV Pokémon or should you look for that weird 0/15/15 IV combination?

Let’s compare Moltres and Charizard and see where it gets us. Be aware, this is an in-depth post with lots of tables and numbers. You’ve been warned! 🕵️

So, which one is better? A Legendary bird Moltres or starter evolution Charizard? There really isn’t an answer to this one. Although they might have very similar stats and are the same typing, they are still so much different.

That’s just one area in which they are different. And you’ll have to choose what your team needs and what Pokémon you want to counter. (read more about the importance of Type Coverage in this article by Fitz City)

* We still don’t know everything about PvP and PvP energy mechanics so we won’t compare what Pokémon has better attacks.

The two Pokémon that are mentioned above, expecially with those moves, are really hard to get. They both have one Charged attack that you can’t get any longer, apart from by trading with someone that has them.

Charizard has to be powered up to a higher level, so depending on what you have in your Pokebox, you might have to spend different amount of Stardust on one or the other. Same goes with Candy, it might be hard for someone to get their hands on Moltres candy without using Rare Candy, so you’ll have to put that in consideration when choosing between these two.

…that if you’re going for that greatest attack stat or greatest bulk of your Pokémon, you’ll have a pretty hard time finding it. Not just with these two Pokémon we were using to demonstrate everything, but with almost every other Pokémon.

I.e. the only way to get a Pokémon with one of the IV stats 0 (zero) is to catch it in the wild when it’s not weather boosted. Almost impossible these days.

In this example you can choose if you want to deal more damage with Luxray, or you want to take less damage from opponents and go with Raikou. Also, they have different movesets, Raikou has a little bit better Fast move, but Luxray has more variety with Charge moves.

When choosing between Rhyperior and Golem, you’ll mostly have to decide do you want more HP or better defense. Also, you might want to use Surf Water with your Ground Rock type Pokémon, in that case Rhyperior will be a better choice for you.

When it comes to Trainer Battles, we don’t think you should worry about aiming for the perfect IV combination (at least in Ultra and Great League), just look at what you have and choose the best from your Pokébox. There are a lot of spreadsheets for checking out what Pokémon will have the best stats at certain level with certain IV combination (i.e. there is one by redditor u/Trudisheff), but keep in mind that the better the IVs are, the lower level your Pokémon needs to be to get to that 2500 (or 1500) CP mark, that usually means less Stardust and less Candy you’ll need to spend.

So, instead of spending too much time looking through your Pokébox looking for that perfect IV combination, try to spend your time thinking what Pokémon will work well together in a team. What attacks should you use and what are the best counters for a certain Pokémon is the key here.

We think that focusing on those kinds of things will get you more wins against your friends, rather than a normalized spreadsheet of your Pokemon and their IVs.