Please keep in mind this is all purely speculation, not fact. So please take it with a grain of salt.

Edit: GO Hub wishes to apologies for the confusion created earlier. We’d also like to thank Joe Merrick (Serebii) and Reversal for providing us with the accurate information about trading.

So as most of you have heard (and if you haven’t PLEASE watch this video first), Pokémon: Let’s Go, Pikachu! and Pokémon: Let’s Go, Eevee! were confirmed yesterday during a special press conference. These games are to be released on the Nintendo Switch alongside a brand new accessory that is compatible with both of the games and also doubles as a Pokémon GO Plus for Pokémon GO! (Seriously, that’s insane!! Carrying around a Pokéball that you can play GO with! That’s like, REALLY cool!) In light of this, we have learned that these games have Pokémon GO compatibility and some amazing integration!

We have knowledge that a single, brand new Pokémon will be coming to these games and it appears it will be giftable to Pokémon GO. Keep in mind that the Pokémon itself has not been officially revealed, but of course that does not mean we can’t speculate on who it could be! 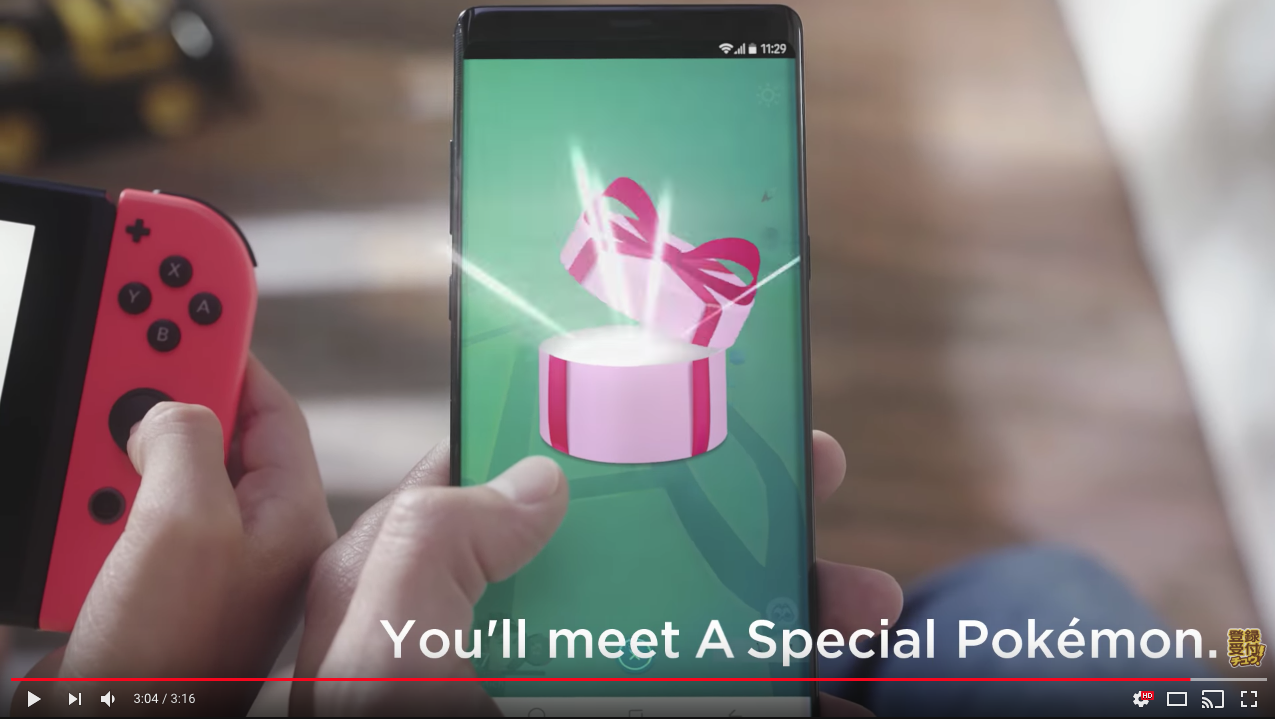 A very popular contender for this never before seen Pokémon could be Gorochu. For those unfamiliar with who Gorochu is, it was revealed a while back during an interview with Yomiuri that it is a final Pikachu evolution after Raichu that was originally scrapped. This would make the Pikachu line the first ever to have a 4 stage evolution!

We also know that Pokémon will be transferable between the games and Pokémon GO via an in-game feature called GO Park. That makes it the first time that Pokémon GO has any real way of communicating with a main line Pokémon game! (While it was meant to happen in Pokémon Sun and Moon, it ended up not happening)

We also have some additional information about the Let’s Go! P&E games:

That being said, could this be the doorway to trading in Pokémon GO? It’s unlikely given the fact that this would an unfair advantage to people owning the Let’s GO! games, but one can dream, right?!

Generally speaking, Pokémon GO should be in no way affected by the Let’s Go! games, for the exception of [potentially] the new Pokémon to be introduced.

That concludes our current speculations on LGP and LGE. What are your thoughts? Leave them in the comments below, and if you haven’t joined our Discord yet, please do! We have an amazing community and always someone to chat with about Pokémon!