Community written guide, written by ysmaelbp. Remember you can submit your guides to us (and get payed for writing) using this page: Submit a guide.With Trainer Tips Nick making his trip to the Philippines very soon, I was inspired to make a guide on playing Pokémon GO in Manila, not just to help him navigate the urban nightmare that is Manila, but as well as to help other tourists that are planning on going here in the future. But first, why should you go to Manila for Pokémon GO?Reason #1 – Amount of PokéStops
Metro Manila, which is a term for Manila and its surrounding cities, is the central hub of the Philippines. Half of the cities within Metro Manila are one of the most densely populated cities in the world, and Manila itself is the most densely populated city in the world. That amount of people translates to a lot of PokéStops, Gyms, and spawns.

Reason #2 – Friendly Players, a LOT of Them
Almost each city has dedicated player bases, making it easy to find players to Raid with, especially on weekends, but you do need to find group chats. (If you need one, skip towards the end.) Filipinos are generally friendly toward foreigners, and most know English on a serviceable level.

If you don’t know the place you are going to, go for ride-hailing apps, like Uber and Grab. Filipino Taxi drivers are known to overprice, especially on unsuspecting travelers so ride-hailing apps are preferred.

Other than that, one of the best way to go around the city are Jeepneys, long truck-like vehicles that are known for its crowded seating. If you know where to go, Jeepneys are the best option. Currently they cost, ₱8 per person (16¢) for the first 4 km, and additional ₱2 per kilometer (4¢) for the next few kilometers. You can ask the driver if you don’t know how much you need to pay, and even if you don’t know where to drop off. Heck, you can even ask them how to go to the place you want to go. Some passengers might even pitch in to help. 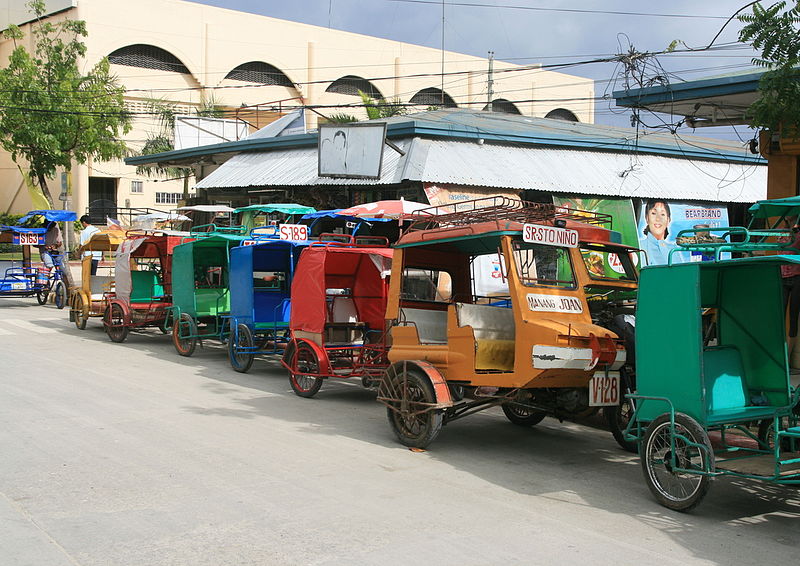 If you are on Quezon City, tricycles are another great option. They cost ₱10 per person (20¢) but ₱25 (50¢) if you are less than 2 people and can cost higher if the destination is a bit far. This is only on Quezon City, because Tricycles on other cities are more expensive, costing upwards of ₱50 ($1).

I advise against renting cars (unless you plan on going outside Metro Manila) because Manila is a driver’s nightmare, and parking in the city is difficult and almost impossible.

Pokémon GO Players usually travel on groups, and some even offer you a free ride on their vehicle. I personally take jeepneys, but I take an Uber when I need to hurry on raids.

On busy streets, always be mindful of your belongings. Be wary of pickpockets especially on crowded places. You can always avoid Raids on these places. There aren’t as many pickpockets as there were before, but you should still be cautious.

Most drivers here are careless and lousy, especially Jeepney drivers, so be cautious when crossing the street. Always look on both directions before crossing, to avoid being hit by cars and motorcycles.

Places of Interest in Pokémon GO

The most popular park in the country is unsurprisingly one of the best places to play Pokémon GO. The park has 3 active nests, with a fourth one just outside the park in Quirino Grand Stand. There are multiple places where you can set-up a quad lure situation. The area is also in a Mountain Biome so don’t be surprised if players suddenly run towards a Snorlax, Larvitar or Mareep in some cases. Lastly, Ingress has already made events in this park.

This elliptical wonder may not have the best regular spawns, but it boasts a huge number of PokéStops, some areas have a big cluster of spawns. It only has one nest currently. It had two nests before, which was a nest within a nest, which I reported to Nick. As soon as the “nest-ception” was discovered, the correction in OpenStreetMap deleted the innermost nest. This park has more shade than Rizal Park, allowing you to play even on harsh sunny days…

I personally have not been here since Pokémon GO was released but looking at the screenshots, it has an abundance of PokéStops. It also has several small nests with few spawn points, in return having one of the most diverse spawns in Metro Manila. 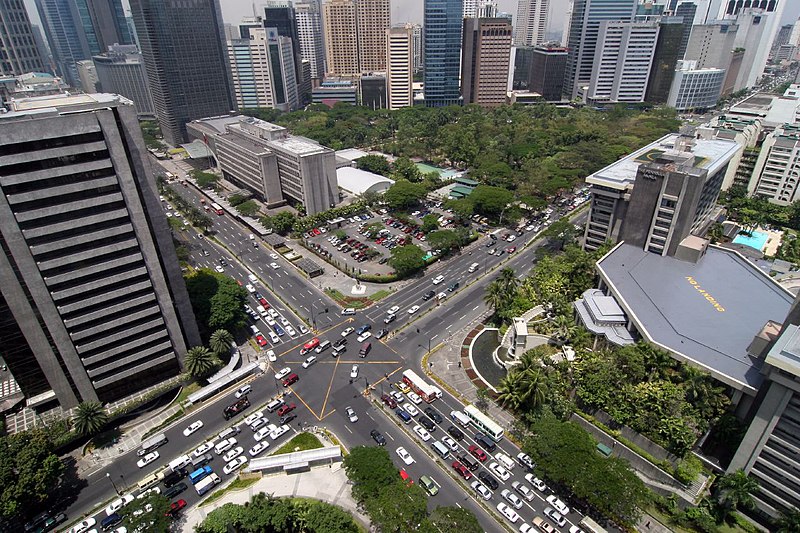 I was in Makati when Pokémon GO was launched in the Philippines and it has so many stops within a large area. It is also one of the safer places to play the game in public. Not only that, it occasionally spawns Togetic, Aerodactyl and Dragonite, and there are tons of water spawn points in one area of a stream near the Pacific Star Building, which makes it one of the most popular places to catch Dratini and Magikarp.

It is similar to Makati CBD but in a much smaller space, and spawns the same rare Pokémon. Other than BGC, Eastwood also has one of the most, if not the most, diverse spawns in Metro Manila. I caught my second Unown in this place. The only downside is the GPS drift is bad on some parts.

Parks like Ninoy Aquino Parks and Wildlife (Quezon City), La Mesa Eco Park (Quezon City), and Pasig Rainforest Adventure Experience (Pasig City) gets an honorable mention, as well as big malls (and there are a lot of them) but most of them are prone to GPS Drift.

Manila might not be the first thing you think of when choosing where to travel and play Pokémon GO, but I can assure you that our famous Filipino hospitality will likely make you come back and visit. If you have any questions, you can comment below. If you plan on visiting, you can join the Pokémon GO Philippines Discord Server by clicking here. There is an English-only channel you can chat on if you need help in traveling.