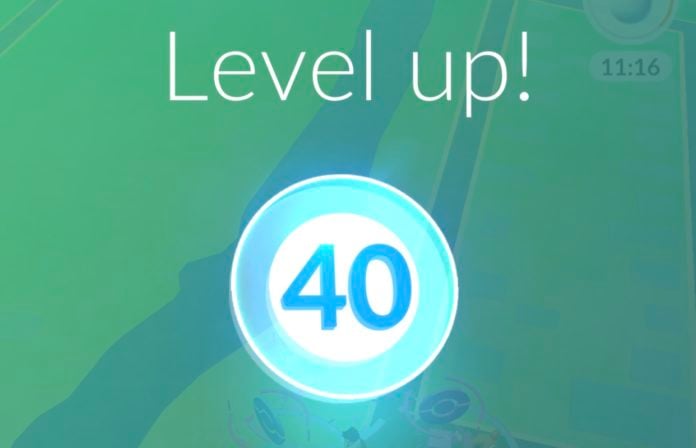 Pokémon GO is a predominantly level-based game, and many players build their long-term in-game goals around reaching the current level cap, 40. Leveling up your account gives access to features such as Gym and Raid Battles (unlocked at level 5, once the player picks a team), different types of high-performance items (such as Great and Ultra Balls), and the benefit of powering up your Pokémon (2 levels beyond your current trainer level) to elevate their performance in Gym and Raid battles.

A player levels up by gaining experience; at first, it only takes a few thousand XP to reach the next level. But don’t be fooled by how easy it is to level up in the beginning! The true “middle point” of the game, in terms of XP needed to reach level 40 (20 million total), is a little ways into level 37!

Relationship to Level of Pokémon Obtained

How to Gain XP Fast!

Currently, the fastest way to level up is to mass-evolve Pokémon on a Lucky Egg for a thousand XP per evolution (doubled for Pokédex-edition evolutions). However, since the introduction of raids and their massive XP rewards, trainers can easily gain 20,000 XP by defeating a Tier 5 Raid Boss while using a Lucky Egg. It is also recommended to Lucky Egg your 7-day Catch and Spin streaks for a total of over 10,000 XP.

Should your goal in the game be to reach level 40 as soon as possible, Pidgeys, Raids, Lucky Eggs, and bonus XP events will be your best friends. Below is a chart illustrating the requirements, rewards, and unlocked items (in bold) of each specific level.