In-depth look at how Legendaries will affect the game, part 3 of 4: The Johto Beasts

We’re continuing the Legendary Pokémon meta predictions series, written by /u/DavidKSA. If you’re looking for previous instalments of the series, here you go:

In-depth look at how Legendaries will affect the game, part 3 of 4: The Johto Beasts

The Thunder Cat has the highest attack stat of the beasts, but Entei learns Fire Spin (which is probably too good) and Overheat, and thus Raikou has a lower offensive output than Entei. But Raikou will have the best offensive DPS for an Electric type (because Zapdos learns Charge Beam and not Thunder Shock – pls fix Niantic), and will be the bulkiest as well. Raikou’s max CP is also 19 higher than Zapdos.

Raikou as a gym defender

Volt Switch has great synergy with the current AI defense system, and Wild Charge has a very good DPE and can put out consistent STAB damage (Thunderbolt is good too though). 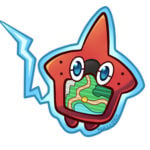 GO Hub Battledex
Our Battledex has  info on all currently meta defining Pokémon. Check it out.

Now add in the fact that Raikou has a very hefty 241 Attack stat, is bulkier than Dragonite, and its defensive damage output is better than Zen Headbutt/Body Slam Snorlax, Confusion/Solar Beam Exeggutor, and Iron Tail/Crunch Tyranitar.

A similarly levelled Mud Slap/Earthquake Golem can’t beat Volt Switch/Wild Charge Raikou without dodging. Rhydon can, but will not have much HP left. Now add to the fact that only Snorlax, Dragonite, and Tyranitar (currently obtainable) place above Raikou, and you have a very solid gym defender (even though Ground is immune to Electric and its absurd Golem could lose but whatever).

As far as weaknesses, Ground isn’t even much of a problem because Gengar, Alakazam, Dragonite, Exeggutor, and Flareon all do more damage to Raikou than any Ground type with the SE bonus.

Overall, Raikou has great CP placement, damage output, and no easy counter. Even with dodging, Rhydon will still take quite a bit of damage.

Raikou as a gym attacker

Raikou is great on offense. Good bulk and damage output, it easily will destroy Gyarados, and can function as a generalist like Zapdos. Raikou survives long enough against Blissey and can win with time to spare (it will have more HP than Zapdos at the end of the fight as well).

Entei with Fire Spin/Overheat has the best damage output of the beasts. It has a damage output on par with Ember/Overheat Flareon and Zen Headbutt/Future Sight Espeon. But it also has bulk close to Tyranitar.

Entei as a gym defender

Fire Spin has great synergy with the defense attack pattern, and so Entei has a very respectable defensive DPS output with Fire Spin/Overheat or Flamethrower. It is comparable to Iron Tail/Crunch Tyranitar and Mud Slap/Earthquake Rhydon. Although it doesn’t have a double weakness, it is still weak to Water.

Vaporeon doesn’t have much trouble with this matchup. Entei does have the benefit of placing above Snorlax, unlike Raikou. As a result, Entei, despite its Water Weakness, can be a viable defender due to its adequate bulk and CP placement (much like Rhydon).

Entei as a gym attacker

Entei is in a similar position as Zapdos, Moltres, and Raikou. It has comparable damage output to other Pokemon of its type, but the advantage lies in its bulk. Entei is bulkier than all non-legendary Fire types, and is significantly bulkier than Moltres as well. Of course, its ability to function as a generalist still has the same problems as other Fire types. But due to DPS and bulk, Entei will be sure to find itself on a Blissey attacker’s list. Entei can win with plenty of time and a fair amount of HP.

Suicune is the bulkiest of the trio, but I’m not going to sugar coat this. Suicune has the debilitating condition known as Lack-of-STAB syndrome. It’s best moveset (either quick move with Hydro Pump) puts it on par with Water Gun/Hydro Pump Blastoise.

Suicune as a gym defender

In addition to Lack-of-STAB syndrome, Suicune has an extremely aggressive form of lower-CP-than-Vaporeon-itis. I am quarantining Suicune and ordering civilians not to approach.

However, Pokemon GO doesn’t care about that, and sadly Suicide-kun is perhaps the worst legendary of the bunch. FeelsBadMan.

Suicide-kun’s movesets all have decent defensive output (better than Vaporeon because Water Gun sucks on defense). Extrasensory or Snarl with Hydro Pump on defense is comparable to Ice Shard/Blizzard Lapras (also suffers from the same CP disease). Suicune is tankier than Lapras and falls just shy of Umbreon.

Lack-of-STAB syndrome, and there are many, many other water types in the game that do the same thing. Suicide-kun can’t beat a Blissey of a similar level in time. Enough said.