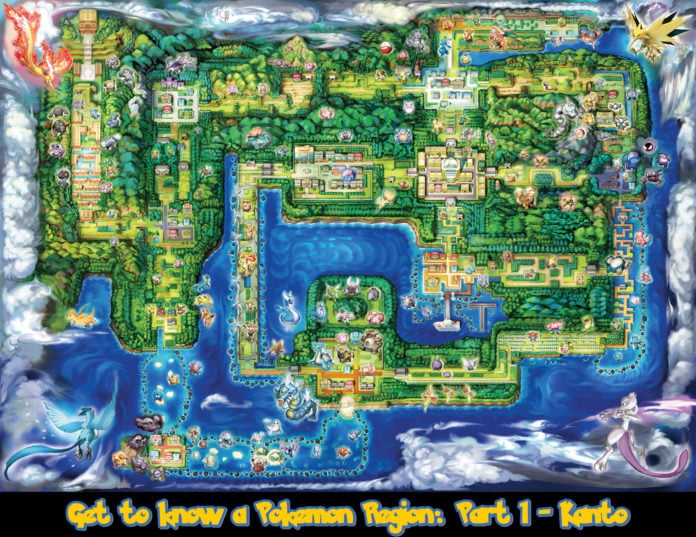 How well do you know the regions where those Pokémon in your Pokébox came from?  The history of the original Pokémon regions, and the native home of the Pokémon you know and love?  If you’re one of many trainers who joined the fandom late or haven’t been back to the main series games in a while then you’re in luck.

We’re going to be revisiting the original Pokémon regions over the next few weeks to take a deeper look at the history, geography, and some other interesting fact about each region.

This week, we’re starting with the Kanto Region.

To keep things simple, we’re only going to discuss the regions as they appeared in the games they were introduced in.

The hometown of Ash Ketchum and Professor Oak.  This is where your adventure in Kanto begins.  Pallet town is based on Satoshi Tajiri’s hometown of Shimoda. 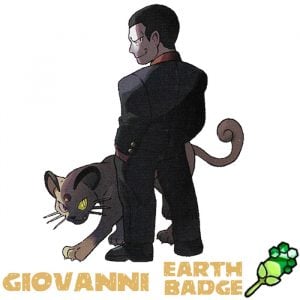 The first city visited by trainers in the game, and home to Giovanni’s Ground-type gym which opens up after the other seven gym leaders are defeated.

Viridian City is based on Hakone, Japan 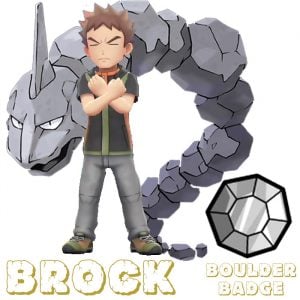 Pewter City is located North of the Veridian Forest, and West of Mount Moon.  Pewter City is also home to Brock, the first gym leader you can battle.  Brock specializes in Rock-type Pokémon.

Pewter City is based on Maebashi, Japan 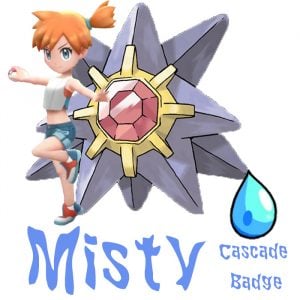 A seaside city located in the northern Kanto is the third city that you visit.

Cerulean City is also home to the second gym leader on your journey, Misty.  Misty specializes in Water-type Pokémon.

Cerulean City is the second city with a gym you can battle. 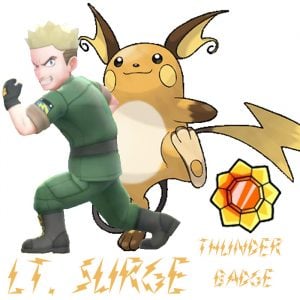 Vermilion City is the only Kanto city with a port.  The luxurious cruise ship known as the S.S Anne is docked here during your visit.

Vermilion City is based on Yokohama, Japan.

Lavender town is believed to be haunted with Ghost-type Pokémon.

Lavender town is home to Mr. Fuji and the Name Rater.  The Name Rater will allow you to change the nicknames of your Pokémon.

Lavender Town is based on Narita, Japan. 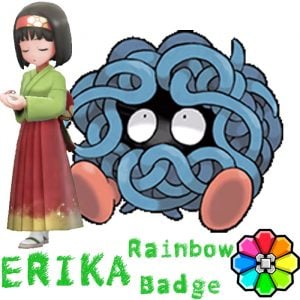 Celadon City is home to the largest Poké Mart in the Region and is the second-largest city in Kanto.

Celadon City is based on Shinjuku, Tokyo, Japan. 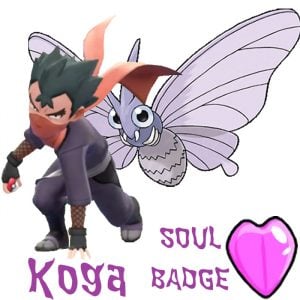 Fuchsia City is home to the Safari Zone and a Pokémon Zoo, and is the southernmost city in the Kanto Region.

Fuchsia City is home to Gym Leader Koga, who specializes in Poison-type Pokémon.

Fuchsia City is based on Tateyama, Japan. 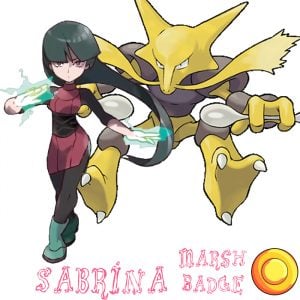 Saffron City is the largest city in Kanto and the tenth most populated in all of the Pokémon world.  You need to drive Team Rocket out of the Silph Co. building before you can access the Saffron City Gym.

Saffron City is home to Gym Leader Sabrina, who specializes in Psychic-type Pokémon. There is a second “gym” in Saffron City, however, Sabrina used her Psychic Pokémon to take it down and it has since been relegated to a Fighting-type dojo.

Saffron City is based on Tokyo, the Capital city of Japan. 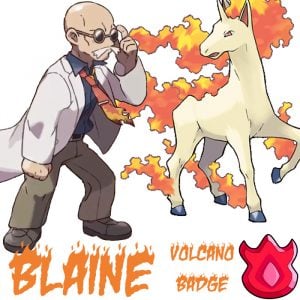 Cinnabar Island is home to a large volcano and an old abandoned mansion that you need to get a key from in order to unlock the door to the gym.  Journals scattered throughout the old mansion indicate that it is the birthplace of MewTwo.

Cinnabar Island is home to Gym Leader Blaine, who specializes in Fire-type Pokémon.

Cinnabar Island is based on Izu Ōshima.  An uninhabited island off the coast of Honshu, Japan. 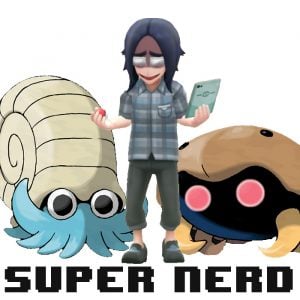 Mt. Moon is known for its frequent meteor showers, with the shards of meteors that land on the mountain becoming moon shards.  These shards seem to attract wild Clefairy, with Mt. Moon being one of the few places they are known to frequent.

Mt. Moon is also the first place that trainers are introduced to fossils and is inhabited by many members of Team Rocket attempting to steal them.

While in Mt. Moon you run into a Super Nerd that you have to battle.  After defeating them you get to chose between fossils that become either Omanyte or Kabuto. 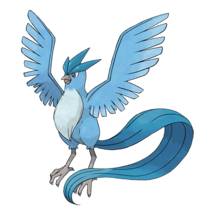 The Seaform Islands are a small group of caves located between Fuchsia City and Cinnabar Island.

It is also home to the legendary Pokémon Articuno. 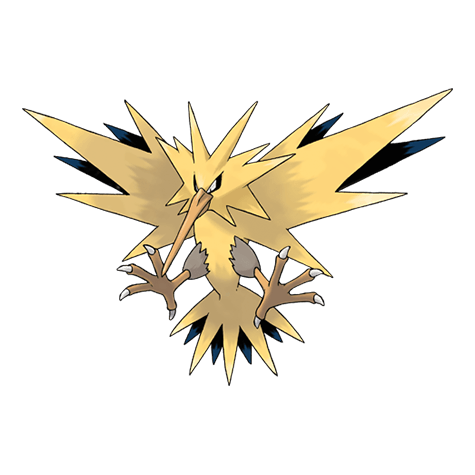 The power plant, while abandoned by humans, is inhabited by many Pokémon.  Some of the Pokéballs laying on the ground are actually Electrode waiting to attack.

At the end of the Power Plant is the legendary Pokémon Zapdos. 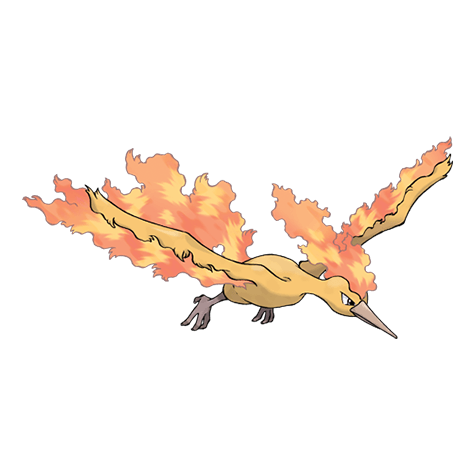 The Kanto version of Victory road is a cave maze that you must travel through in order to face the Elite Four and then the Champion.

You must have all eight gym badges before entering Victory road.

The legendary Pokémon Moltres can be found on Victory Road. 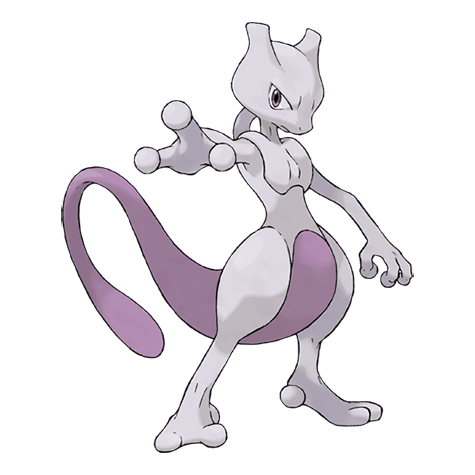 A guard blocks the entrance to the cave and will only allow you through after you’ve become the new Champion. 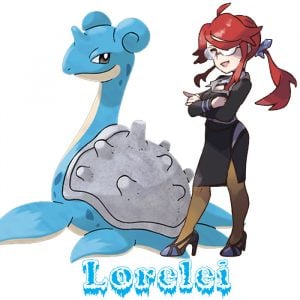 Lorelai is the first trainer of the Elite Four and is known for her Ice Pokémon.

Lorelai grew up on the Four Islands and is known to collect dolls. 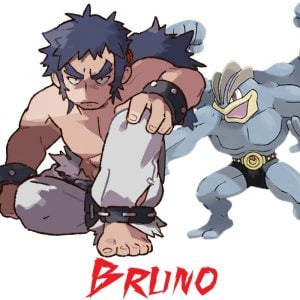 Bruno is the second member of the Elite Four and is known for his Fighting Pokémon. 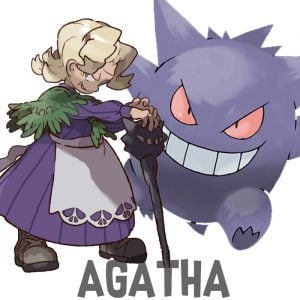 Agatha is the third member of the Elite Four and is known for her Ghost Pokémon.

Agatha was once Oak’s rival when they were young. 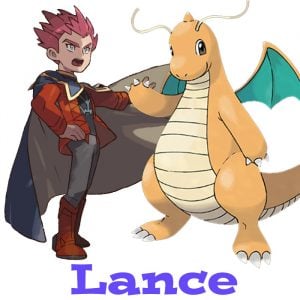 Lance is the fourth and final member of the Elite Four and is known for his Dragon Pokémon.

Lance has a large fan following and is often seen buying capes at the Celadon Department Store.

When you first meet Professor Oak, he stops you from walking through the tall grass.  He explains that it’s dangerous, and takes you back to his laboratory.  It is there that you are given your first choice as a Pokémon trainer, a choice that every trainer who plays Pokémon Go is also given when they first start out.  Bulbasaur, Charmander, or Squirtle.

Mewtwo is a Pokémon created out of years of genetic experimentation on Mew.  Scientific logs found in the Pokémon Mansion on Cinnabar Island indicate that Mewtwo was born from a pregnant Mew that was found in the jungles of Guyana.  The embryo containing Mewtwo was tampered with to alter its DNA, Mewtwo was then held and studied deep inside the mansion.  It was these experiments that made Mewtwo vicious and powerful.  Eventually, Mewtwo broke free of its captors and fled, destroying the mansion in the process.

The Kanto region in the Pokémon world is based on the Kantō region of the real world.  Kanto in Japanese means “east of the barrier”

The Kanto region is located East of the Johto region, and South of the Sinnoh region.

Kanto is more modern and technological than most regions in the Pokémon world and lacks any real myths or traditions when it comes to Pokémon.

The people of Kanto are considered to be sophisticated and reserved.

Pokémon Red and Blue received an aggregated score of 89% on GameRankings
The games also spent at least four years on IGN’s “Top 100 Games of All Time” list.  Pokémon Yellow is 35th as of the time of this writing.

Stay tuned for the Johto region!