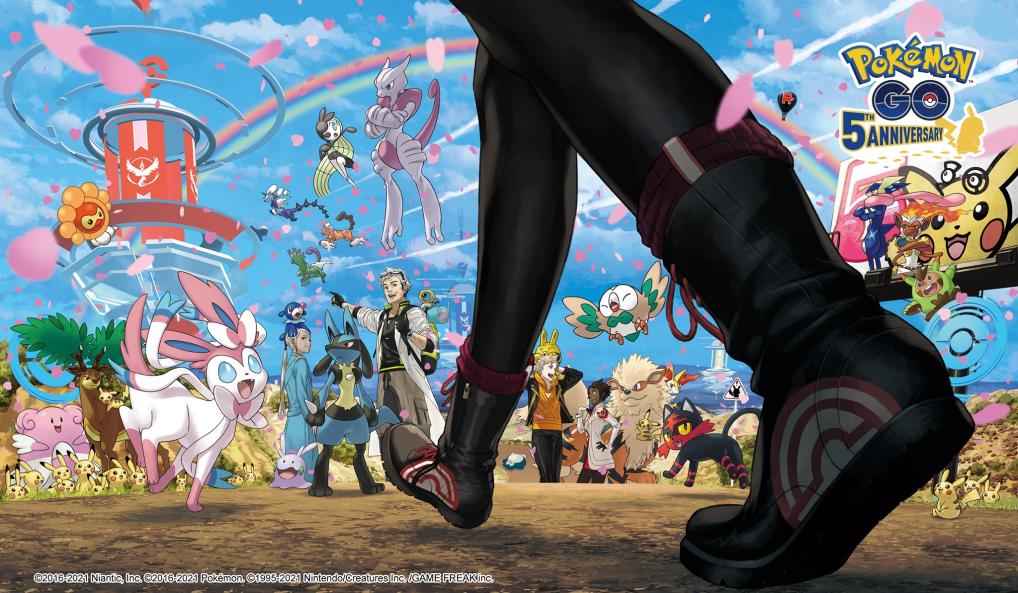 As has become tradition with the anniversary of Pokémon GO, Niantic have released a brand new illustration that may potentially hint at things to look forward to in the coming year.

Brace yourselves for some wild speculation, as absolutely nothing here is confirmed, as we examine these potential teasers! Just because something is featured in this illustration, doesn’t mean it is coming anytime soon. Last year we saw Mega Mewtwo and Mega Lucario featured and neither have been released so far, so take all this with a pinch of salt.

First up, generation 7 is teased, with all three of the Alola regions starter Pokémon featured. We can see Popplio taking a ride on Blanche’s head, a happy Rowlet flapping its wings, and an adorable Litten running ahead of the trainer. Every starter Pokemon has its fans, and this adorable trio are no different! It is usually several months after the anniversary before we see the featured starters make an appearance in game, but it looks like we could start to see Alola Pokémon creeping into Pokémon GO later in 2021 or early in 2022. 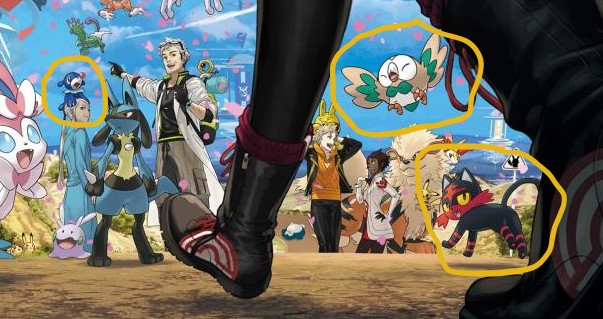 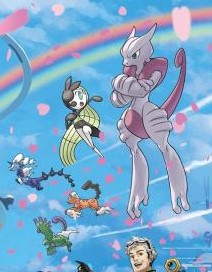 Meloetta is featured as the sole Mythical in this new illustration, we know Meloetta is being released as part of Pokémon GO Fest 2021 so this isn’t much of an exciting teaser.

Not all that exciting is the appearance of the Therian formes of the Forces of Nature trio. These have already been featured in game in 2021, so could this be a teaser that their shiny forms will be released soon?

And MUCH more exciting, we have Mega Mewtwo X shown right in the middle of the image. So far we haven’t had any Legendary Pokémon Mega forms released in game, how unbelievably hype would it be if Mewtwo was the first one?! We don’t expect to see it any time soon, especially with how slowly Megas are being released in game, but this is the third teaser in a row for Mega Mewtwo from these beautiful illustrations, hopefully they stop teasing us soon!

Featured off to the left of the image we have Sunny Castform, and it appears to be the shiny version thanks to that darker reddy centre. We can’t recall a shiny being featured in the anniversary celebration image before, so here’s to hoping this means the shiny release is imminent!

In the very back of the image, we can see a sleeping Snorlax off in the distance, blocking a road, as is tradition for Snorlax! We have had sleeping snorlax featured in game previously, as part of the Snorlax Snooze Event, which was a tie in for the 2019 Pokemon press conference that announced Pokémon Sleep. Sadly since this initial announcement, we haven’t heard so much as a whisper about Pokémon Sleep, could this be a hint that it may finally be on the way? It promised a new Pokémon Go Plus+, and promised to turn sleep into entertainment, and then vanished despite initially a 2020 release date being given. Is Pokémon Sleep finally on its way, or is Snorlax just snoozing on the job? Either way, we’d love to see that sleepy Snorlax in game again. 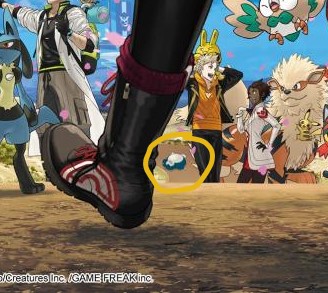 There are a whole bunch of other much loved Pokemon featured, so here is a full list of every Pokémon we’ve spotted, let us know if we’ve missed any!

Alongside all these Pokémon, a trainers legs are shown, walking towards all three team leaders, Blanche, Candela and Spark, as well as the ever popular Professor Willow. A couple of Pokéstops, three gyms (one in each team colour), a number 5 and a Pikachu are shown on a billboard, and what appears to be a triangular Pikachu ‘warning’ sign is seen in the background. All of this is framed by a lovely pastel coloured rainbow and pink heart confetti. A Team GO Rocket balloon is seen floating in the background, and in a fun touch, the two Unown featured spell ‘GO’.

Getting really wild with the speculation for what this image could mean for Pokémon GO…. could the Blissey hint at breeding? It is surrounded by a gaggle of Pikachu, and more Pikachu are seen clambering over other Pokémon and people featured in the illustration. We’ve seen new mechanics teased in these anniversary artwork before, Mega Pokémon were teased before they were released, is breeding too much to hope for? Breeding is a hugely popular part of the main series games, and it could be implemented in really cool ways in GO.

The 5th Anniversary brings with it yet another beautiful illustration that we hope is full of teasers for what is to come this year. From the Alola region, to new Mega Pokémon, and a potential shiny teaser, we can’t wait to see what comes next!

Did we miss anything? Do you think anything else is being teased? Let us know in the comments.