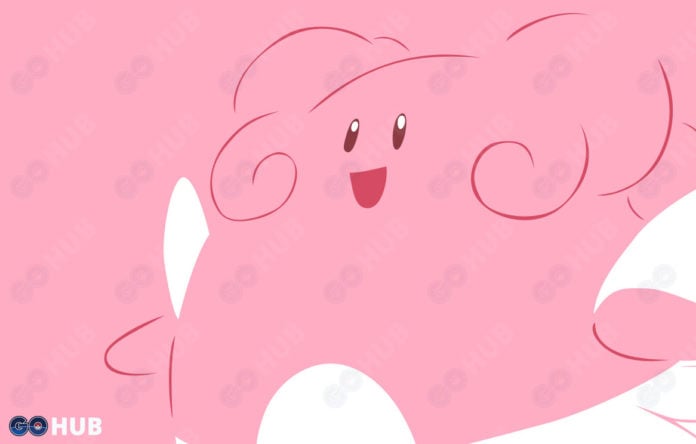 Months before Generation II came out, many trainers had Chansey as their buddy, which comes as no surprise – Chansey is a very rare spawn and a great gym defender due to its low CP decay. Chansey evolves into Blissey, the meta defining HP powerhouse and undoubtedly the #1 gym defender in the current metagame.

The beast with many names, the devil of Gym defense. You can’t simply bring superior typing to a Blissey fight, you need to bring your biggest gun, your TOP tier attacking Pokémon. Blissey is the best gym defender since Generation II was released for the following reasons.

However, its main weaknesses should be mentioned too:

The following Table compares the cycle DPS (with STAB) of every single moveset that Blissey is able to learn. Some movesets are more viable or commonly used than others. Keep in mind that some movesets might not top the DPS charts but could be good to use in certain scenarios.

Machamp is the #1 choice when it comes to fighting Blissey, followed by Hariyama. The main difference between these two Pokémon is that Machamp will finish the job faster than Hariyama (since it has a higher attack stat) but Hariyama will probably have higher HP due to its greater bulk. From a time to win perspective, Machamp wins, but Hariyama is a very good alternative that costs less candies to evolve.

The three remaining slots are outstanding generalists. Mewtwo has the highest attack stat in the game as of now and it even learns a charge move that deals super effective damage against Blissey, Focus Blast, plus it also resists Blissey’s Zen Headbutt! Keep in mind, however, that Focus Blast is a slightly inconsistent full-bar charge move and it does not benefit from STAB.

We strongly advise you to use strong Fighting type Pokémon such as Machamp, but if you want to use something different you can try Rayquaza and Dragonite, two oustanding generalists. Dragon Tail and Outrage is one of the best movesets in the game, and paired up with the legendary-tier attack stat of these beasts, it makes a great combo to use against Blissey. Remember to keep an eye out for those Dazzling Gleams, as both are weak to fairy type moves.

Breloom has a high attack stat, but it is a glass cannon. It is a good choice from a time to win perspective but not from a potion-efficient one. Heracross is a good counter but Close Combat is not as good of a charge move as Dynamic Punch.

If you don’t want to use Fighting types, you can try Raikou, Moltres, Latios and Kyogre, great generalists with very good movesets, and Moltres even resists fairy type attacks! Yet again, keep in mind that Machamp will probably finish the job faster.

Exeggutor deals tons of damage with its Solar Beams and it resists psychic type attacks, and Tyranitar resists every single move that Blissey learns except for Dazzling Gleam, but it is not the best choice from a time to win perspective.

We’ll keep it simple this time – Do NOT use Blissey in raids, unless you want people to hate you.

“Blissey, the Happiness Pokémon. It is kindhearted and loves helping people. Blissey is the evolved form of Chansey.”

Blissey is the BEST gym defender in the current metagame by far. It’s only weak to fighting type moves but its best defensive moveset deals super effective damage to them. With a massive 510 Base Stamina stat and an incredible bulk, Blissey is by far the strongest tank to leave in a Gym. Try not to use it for offensive purposes, though! Despite being a terrible attacker, it’s so good on defense that it’s overall score needs to be higher than just the average of the three ratings listed. Some Pokémon serve specific purposes, and Blissey serves the defensive purpose better than every other Pokémon in the game, that’s why it’s a Tier I Pokémon you need to consider adding to your collection if you care about gyms.