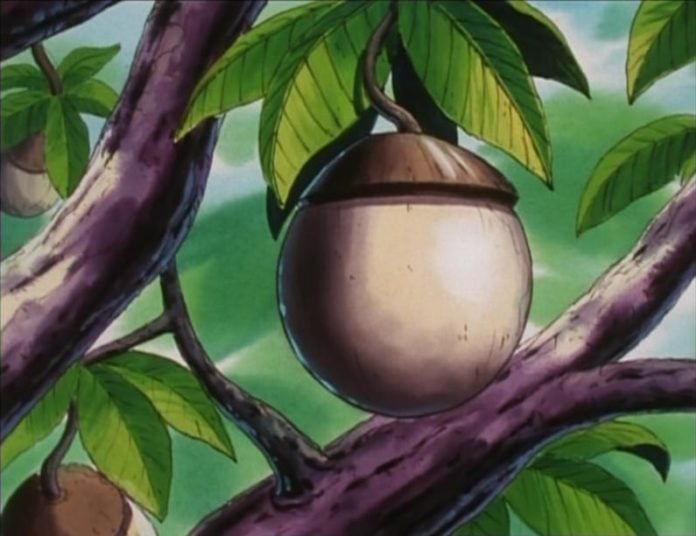 * Cover image is a White Apricorn Tree as seen in Episode 145 of the anime, Going Apricorn!

How many times have you been in a raid and faced with a high IV Pokémon. Personally, I have lost count of how many decent 5* Pokémon I have encountered, but had the critter flee.

What if there was an option for better versions of the Premier Ball. Master Ball I hear you cry; well, yes, there is that possibility. I think we have to admit that unless you want to spend thousands of Pokécoins or go through a Mythical Adventure (Mew Style), for a single throw, we need something more sustainable.

When the main games reached the Johto Region, a new type of rare and limited Pokéball was introduced – the Apricorn. These are what I am showcasing in this concept.

Apricorns are special fruits that are native to the Johto region. They appear to be related to Berries, and are encountered only in Generation 2 (Pokémon Gold, Silver, Crystal) and Generation 4 (HeartGold and SoulSilver).

The most major difference between Apricorns and Berries is that an Apricorn’s outer skin is far too tough for it to be eaten by a Pokémon. Apricorns are usually hollowed out by specialists and fitted with special devices to be used to catch Pokémon. One such specialist, Kurt, lives in Azalea Town with his granddaughter, Maizie, who assists him in his work. We will get to them a little later.

The special Pokéballs made from Apricorns are unique, quite rare, and often valuable for a Trainer to have on hand in battle. This is due to the fragile nature of Apricorn trees, which may die if too many Apricorns are picked at once or before they are mature enough.

Within the main games, only one Apricorn may be picked per tree per day, in order to prevent harm to it.

In times gone by, the only Pokéballs that existed were made from Apricorns, with the process used to create the Pokéballs being developed sometime between 400 and 700 years before the present day in all Pokémon canons. As they were the only Pokéballs at the time, Apricorn Balls were quite common, unlike in modern times, when large companies such as Silph Co. and the Devon Corporation develop Pokéballs mechanically and mass-produce them for use by Trainers.

In order to convert an Apricorn into a Pokéball you needed to harvest the berry’s and hand them into Kurt. He will offer to complete the work by the next day. Upon returning to him after 00:00 gametime, he will have crafted it into one of his custom Pokéballs, depending on the color of the Apricorn.

What did Apricorns offer to the player?

* Over the generations the mechanic has been adjusted. To keep the table trim, I have included only the most recent version of the mechanic.

Finding Apricorns in the Pokémon GO

There are two methods as to how Apricorns could be obtained, and both are equally viable.

Once you have received an Apricorn, you can then attempt a Field Task associated with te Apricorn. Complete the Field Task and you are awarded with the respective Pokéball – this is to mirror the time it would take Kurt or Maizie to craft the ball in the main games.

When in a Bonus Encounter you can then switch from a Premium Ball to an Apricorn for increased capture chance.

All credit to oykawoo on DeviantArt for the perfect imagery

Flesh Out the Concept

This one is easy, complete a raid and your awarded an Apricorn. Obtaining the item in this manner will award a random colour. When used from your Bag’s it will generate a Field Task, which I will come to shortly.

If we consider an Apricorn as somewhere between a Tier 2 and a Tier 3 spawn that I hope will give some context to the rarity. Obviously these would not spawn on lures or incense, but I think if they “grew” alongside a regular Pokemon Spawn that would be about right.

Tree’s would only ever yield one berry per interaction and, as mentioned above, would be determined by the 5* legends currently in circulation at the time. Once you have obtained your Apricorn the tree will despawn.

At the time of writing, we have Latios/Latias and Ho-oh appearing across the world. So that would yeild the following fruits on our newly added trees.

Below is a mockup of how I think an Apricorn tree would look in Pokémon GO, with its Generation 2 and 4 counterparts.

I have used a tree sprite from a Pokémon Asset Tile, so while its not as sharp as my usual images it gives a sense of what I envision.

The amount of Apricorn you can hold is only limited by your bag space (if applicable, see below) but once used a Crafting Task will be allocated to a new Apricorn tab. The rule of 3 still applies.

Issued by Kurt (below), or potentially his granddaughter Maizie, both of who are keen to conserve the Apricorn Tree’s and are specialists in crafting Apricorn Balls.

You have Apricorns for me? Fine! I’ll turn them into Pokéballs. 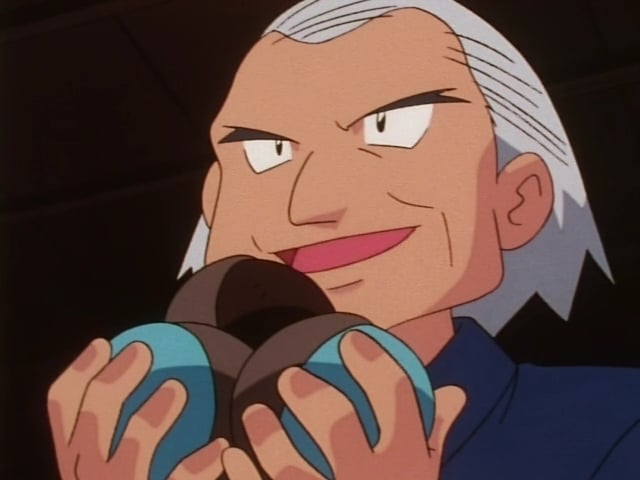 Below is a mock-up example of a task awarding a Heavy Ball on the new Apricorn tab. “That turned out great. Try catching Pokémon with it.”

The mechanic is identical to how we currently switch between Pokéball, Great Ball and Ultra Ball in standard encounters.

In nearly all of my articles I have referenced either new items or the item bloat. Adding 7 new Apricorns and 7 new balls is not going to make this problem go away.

In Generation 4 the designers added a storage vessel in order to keep Apricorns in a dedicated location, rather than adding them to the mixing pot of bag space.

The Apricorn Box is a Key Item that appears in Pokémon HeartGold and SoulSilver. It carries Apricorns and grants growth while traveling, it can hold up to 99 of each kind of Apricorn.

In an attempt to limit the impact on our Pokémon GO bags, I would suggest that the Apricorn Box is added as a Key Item. This addition would then reduce some of the item bloat caused by my conceptual mechanic.

All Apricorn gathered would take up a single bag space, this includes the converted Pokéballs. This would then maintain the Premier Balls effect, which do not take up bag space, but are only usable within the Bonus Encounter.

There is an argument that would say converted Apricorns should also take up bag space. I am torn in the decision on if they should or should not be included. Maybe feedback can lend weight to the decision

For those new to my concepts, I always aim to outline my visions for more content based on existing features seen in the main games. As always, I have tried to use as much feedback as possible from prior concepts to improve each new suggestion.

As promised there are more details on a couple of the new balls below.

Here’s hoping Niantic is listening. Expanding content beyond the current game, can only enhance the overall experience for both the solo player and the overall community.

You’re staying for the post-credit scene then…

The below tables are taken from Bulbapedia, while I try and keep information fresh and trimmed for Pokémon GO players. As a resource they have a huge amount of data and are often indispensable for concepts like mine.

If you are not aware, which a lot of players are not, Pokémon is an incredibly analytical game, wrapped in a very childish appearance.

This post on reddit shows an insight on how basic Pokéball capture mechanics work as an example how how something so simple as throwing a ball can be a mathematical conundrum.

From the below we can see how the Heavy Ball and Level Ball work in the main game, certainly not one liners.