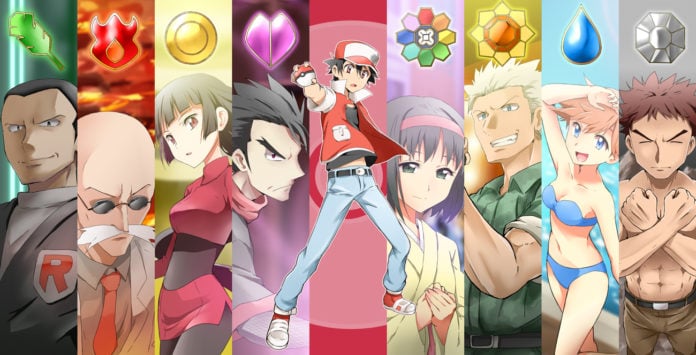 Welcome to a concept based around expanding on the new PvP system, adding a real purposeful PvE story to the game we know and love.

This article will build upon my very first post for the Hub, and hopefully, give it more traction. Many parts of Pokémon GO’s core structure are now in place to make this a reality. While I was planning on doing this as an anniversary post, I think now is a good time as the PvP system still has that “new car smell”.

When Single Player Endgame Idea: Gym Challenges was published it had some good feedback; I outlined a concept based on a reward when you achieved a Platinum Medal in the respective Catch {x} Type. This would then attract the attention of a traveling Gym Leader from a region in the main series. You would work on building up medals from multiple victories and when enough were obtained you could then challenge the Elite 4 in a Gym Battle-style scenario.

While the current story modes have Willow providing a narrative, I feel that your own Team Leader would be better suited starting you on your road to the Pokémon League. Candela, Blanche, and Spark would begin to take a more forward role as the team leader and starting our journey to the Elite 4. My idea is that this would be a re-occurring story event that would focus on combat tasks, refreshing with different types and Gym Leaders every few weeks.

How does this work?

My aim for this story arc is to be constantly evolving, it can dynamically change depending on other events which are active at any time utilizing characters from the main series or the anime. Every Trainer will need to complete the introduction story arc to the Pokémon League before they work on the “live” cycle.

As with other stories, progression will be carried out with research tasks. The Introduction Story will open with your team leader asking you to train with them 10 times in any League… at least enough to unlock the Bronze Ace Trainer medal.

So for instance here are the opening lines that Candela of Team Valor might tell you:

It is time for you to show me that the Pokémon you have trained are the strongest in battle. Come, defeat me and prove yourself to be worthy of taking the next steps to enhancing your partner’s true powers.

I am satisfied, you have shown that you are ready for a challenge greater than I. Now is time to take your skills into the world, pushing for the pinnacle or pure strength. Come back to me when you have grown and we can see by just how much.

So once that’s completed, your Team Leader believes you’re ready for the next step and that is where we introduce the first major new mechanic in this concept; the Non-Player Character (NPC). Upon completing part one of the story AI Trainers will appear globally in the overworld. We already have a Nearby Battle tab where we can challenge our Team Leader. This will now be populated by nearby NPC’s who we can challenge.

NPC’s, of course, will be themed on the player types we see in the main series of the games, everything from Youngsters to Ace Trainers and utilizing a broad spectrum of Pokémon.

Upon defeating the trainers, I believe a good reward will be Stardust & Pokéballs, with a rare chance of evolution items. Stardust reflecting the currency from the main series and Pokéballs as a nod towards the Pokémon Lets Go series (where NPC’s also award Pokéballs when beaten).

So, back to the story. We left off with defeating our Team Leader. They are now impressed with us and believe we would be worthy of the Pokémon League. But before that, we need to hone our skills and train our Pokémon. To enter the league, we need to battle Gym Leaders who are very strong trainers.

To progress with the story we, therefore, need to

Once completed your Team Leader will introduce you to a Gym Leader we are all familiar with… Brock.

Brock was the first gym leader ever encountered in the Pokémon Franchise. The leader of the Pewter city gym in the Kanto Region

Defeating him in a 3v3 battle in any league will award you with a Boulder Badge to prove you have completed the introduction. Along with an EX TM (Exclusive Technical Machine), my second new mechanic in this article.

Think of an EX Pass, a single-use item of a high rarity to encounter Pokémon such as Mewtwo or Deoxys. An EX TM will allow the user to teach a Pokémon an Exclusive Move. These would be very helpful to all those trainers who have encountered a perfect IV Pokémon outside of a community day. Want a Venusaur or Metagross with their more powerful move? This is how we do it.

Awarding a valuable TM in this manner hails back to the main series and gives trainers a mechanism to teach an EX move to a Pokémon that was either fully evolved at the point of a community day or event, or to give a Pokémon caught outside of the event the same access.

Hands up to everyone who had a 100% Metagross before the Beldum community day which is now outshone by a low IV with meteor mash… EX TM = Problem Solved.

Such an item would also address the issue raised by BinetCauchy in the article he penned in his Letter to Niantic: I’m More than a Collector.

Letters To Niantic: I’m More than a Collector!

So here we are now trainers, we have our first badge and we can push onto the Pokémon league.

Each Story will be on a cycle. If you do not complete the story with 1 week of the cycle finishing it will be removed from your Special Research (for the time being, I am adding these stories to Special Research although a separate tab would likely be more efficient).

With well over 50 official badges there is a lot of content to explore.

Each story will focus on you defeating trainers, both real and NPC’s both generic and with themed teams, capturing Pokémon of specific types, defeating Pokémon in Gyms of specific types. Stories will accumulate in a 3v3 battle with a Gym Leader awarding both the gym badge and an EX TM as a minimum.

So what is the perk of defeating the Gym Leaders? Well upon defeating 4 cycles you are then sent an invitation to an exhibition match by a member of the Elite 4, this then starts another story only accessible by this method.

You will need to complete a number of tasks on the road to the challenge which are more specific, such as defeating an NPC trainer with a Magikarp in your team or getting an Excellent Throw while a Pokémon is moving/dodging.

Upon completion you will have a 6v6 battle with the elite 4, awarding EX TM’s, cosmetic awards such as a “Lucky” effect behind your avatar or rare cosmetic effects like a Fishing Rod slung on your back instead of a Backpack/Satchel.

I am always open to the suggestions of Pokémon Encounters for defeating stories so how about an EX Move or Shiny Onix or Tyrogue for defeating Bruno as an example.

In some of my other articles, I have referred to defeating the antagonists of the game such as Team Rocket. By adding NPC’s to the game in a manner such as the above it would also give a foundation for events focused around combating the baddies.

In my article How to add the baddies to Pokemon GO, I offer suggestions on tracking down bases and gyms under the control of those who seek to do the wrong thing. As we already have the sprites for Team Rocket, rainbow rocket, magma and aqua already in the game it seems that adding an NPC sprite for us to challenge and defeat will not be a stretch and mini stories using this method can also be put in place.

So we have new stories, new cosmetic rewards, additional methods to obtain stardust and Pokéballs.

I think that my original concept of having a traveling gym leader challenge you was practical a year ago, but with the new systems we have in place this revised concept makes better use of the existing mechanics.

I would love to hear some feedback on this. Please enjoy some mock-up artwork of how I think this would look in game.