Path to the Champion, a Concept Revisited 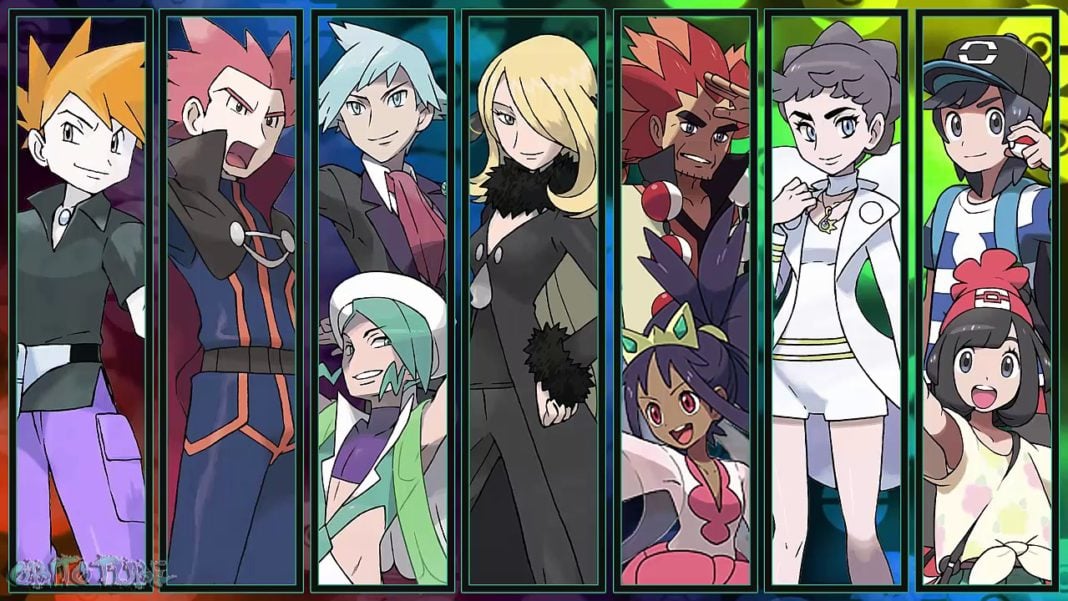 Following my latest article on how to introduce Gym Leaders and the Elite Four, I made a glaring and deliberate omission. The Champion. Now it’s time continue the path to the champion.

The reason for such an exclusion was because this section would be the pinnacle of the single-player story. Having completed exhibition matches against the Elite Four you are now eligible to take on one of the games regional champions.

From the various games, there have been many Champions, usually one per Region. Depending on your version of the game, this can be mixed up. In Pokémon Emerald, for example, Wallace was the Champion instead of Steven for the Hoenn League.

For the sake of this concept, I will work with the following list of Champions per Region.

In line with the main series, defeating the Elite Four will allow you the opportunity to challenge a champion. This will be the single part story that would involve a time sink prior to the battle, such as Celebi’s Visit PokéStops 7 days in a row or Spiritomb’s Use 108 Berries to help catch Pokémon followed immediately by, Catch 108 Pokémon. An appropriate task maybe to Catch {x} Pokémon originally discovered in the Champions Region.

Upon completing the task(s) you are offered a Battle. This battle can only be completed in the Master League format and the Champion will be using Pokémon beyond level 40, have two charge moves, and will block attacks. The battle will be in a 6v6 format so preparation will be required.

Upon defeating the Champion you will be awarded items and a Title such as %name, Kanto Champion

Titles are an aesthetic reward in many MMOs and other online games to give a visual representation of something you have achieved in-game. They are usually instantly recognizable by other players on what a player has completed. Titles have been used in the franchise before, most recently in Let’s Go for defeating a Pokémon Master. This would then be displayed when you go into battle online. In Pokémon GO, your Title will be displayed when queuing for raids and when people inspect your character.

Defeating a Champion will not only grant you a Title, but it will also give you an exclusive in-game item, a Golden Bottlecap. This, once used, will automatically upgrade a Pokémon’s IV’s to 100% (15/15/15).

I have also considered that defeating an Elite 4 member should award a Regular Bottlecap (a single IV to 100%) in addition to the EX TM’s from my last article.

For details on Bottlecaps and how they have worked historically, see the article How Bottle Caps could improve Pokémon GO by DiogodosSantos

Once a title is obtained, the respective Champion cannot be re-challenged, but upon defeating 4x Champions a new challenge will unlock.

Red has been the pinnacle of Pokémon challenges across multiple generations, rarely talks and kicks serious butt. If you are unsure the significance of this character, below is a snippet from Bulbapedia, who do a much better job of explaining than I.

Red is known throughout as the Champion from Pallet Town, as well as the living legend for his defeat of Team Rocket in Kanto during his quest. He is the final opponent in the Generation II games Pokémon Gold, Silver, and Crystal, their Generation IV remakes Pokémon HeartGold and SoulSilver, and Pokémon Stadium 2. He is a participant in the Pokémon World Tournament’s Champions Tournament in Pokémon Black 2 and White 2 and works as a boss of the Battle Tree in the Generation VII games Sun, Moon, Ultra Sun, and Ultra Moon. In Pokémon: Let’s Go, Pikachu! and Let’s Go, Eevee!, he appears as the highest-level Trainer in the game, capable of being challenged after defeating six Master Trainers.

If you found a Champion a nigh impossible challenge, Red will be insurmountable… and that’s the point. This trainer is the top of the difficulty ladder. Designed for Pokémon at level 40 and trainers who will take many tries to overcome.

Red uses Pokémon at levels beyond the Champion. When defeated he will award the title Pokémon Master and 5x Golden Bottlecaps, along with additional bonuses.

Some additional reward ideas I had  upon completing these challenges included the coveted Masterball or a Shiny Charm. These are possible options and I am sure there are many more.

Outfit additions like Lance’s Cape could also be made available.

Let’s Wrap this Up

There we have it, a path that started with a fight against Gym Leaders from the main series, ending with you fighting Red.

Having reviewed some of the feedback (shout out to peponzio) I have to say that 4 Gyms for an Elite 4 fight maybe too many for Pokémon GO. Below is a little structure I have designed to suggest how the story would play out.

For those unable to see the flow diagram (happens sometimes) I am suggesting the following:

I would love to hear further feedback on this. I hope you enjoyed my mock-up artwork of how I think this would look in game.