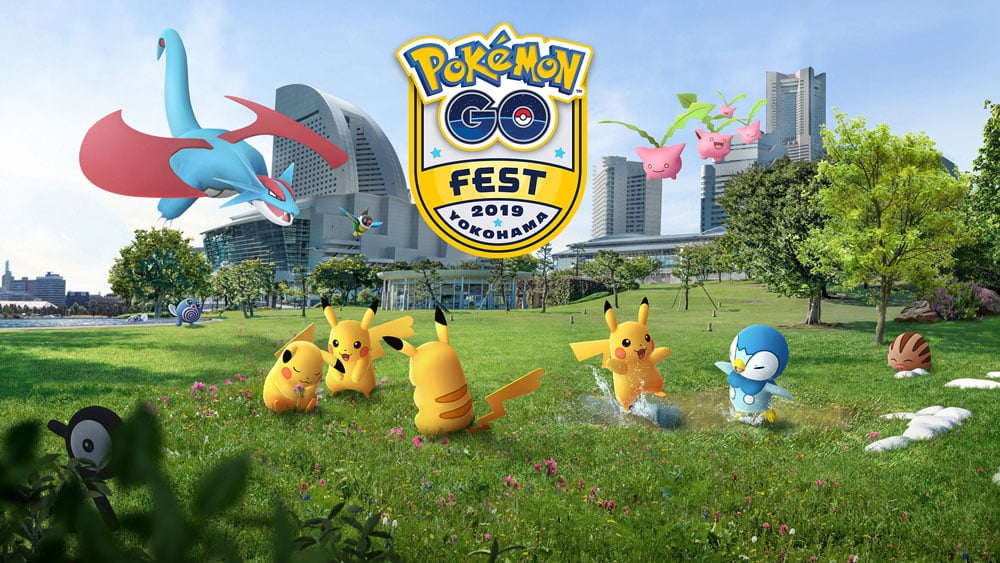 Details about the upcoming Pokémon GO Fest in Yokohama (Japan) 2019 have finally been announced. The event takes place at Yamashita Park, Rinko Park, and Akarenga Park from August 6 to August 12 2019, from 10 A.M. to 5 P.M. local time. Our previous article on this topic details the Pikachu Outbreak event that takes place during the same time in Yokohama: Pikachu Outbreak and GO Fest Yokohama 2019 Announced!

There are several Pokemon featured on the official cover, including Chatot, the southern hemisphere regional Pokémon:

This is definitely not the first time that a large scale Pokemon event is taking place in Yokohama, as the Pikachu Outbreak in 2017 was immense. Back in 2017, Niantic shared the following data:

Mystic7 also published a great video overview from the event:

If you’re planning to attend the event, be sure to read our A Tourist’s Guide to Pokémon Go in Tokyo article which highlights some of the best places to play Pokémon GO in Tokyo, which is quite near Yokohama and should definitely be visited while you’re there.