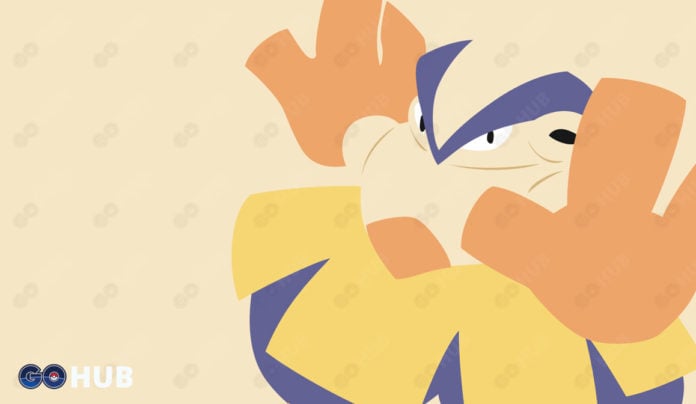 Pokémon GO Makuhita and Pokémon GO Hariyama are a great addition in Pokemon GO, strength wise standing side by side with the likes of Machamp and Heracross. Hariyama brings an easy to obtain, top tier, fighting type to the game. Hariyama’s best moveset is Counter / Dynamic Punch, a STAB benefiting DPS monster.

Hariyama in the Pokémon GO meta

Hariyama is one of the strongest Generation III additions to Pokemon GO, bringing a completely new alternative to Machamp and Heracross. It fills a particularly sought after niche: an affordable, top tier, fighting type Pokemon to use in raids.

Hariyama is bulky, powerful and has access to some of the best fighting moves in the game: Counter and Dynamic Punch. In fact, at the moment of this writing it has exactly the same moves like Machamp does.

In addition to good stats and great move pool, Hariyama only costs 50 Candy to evolve. It’s one of the cheapest top tier Pokemon to evolve into and Makuhita is fairly common in the wild (depends on your biome and weather, of course).

Hariyama’s movesets are completely the same as Machamp’s and should be rated in exactly the same fashion. Avoid Bullet Punch as a Quick move (doesn’t benefit from STAB) – Counter deals more significantly more damage with slightly less generated Energy.

Always go for Dynamic Punch over Close Combat as it deals more damage over the same amount of time, has two bars and is less error prone than Close Combat. Our simulations suggest that DP performs significantly (14-17%) better on a neutral Pokemon training dummy.

Hariyama can have the following moves:

A normal Makuhita has a yellow bulky body, and yellow pudgy face. It has black marking on its chest that extends around its neck, and a black boxing gloves for its hands. It also has red, ring-shaped markings on its cheeks. A normal Hariyama has dark blue hair across the top of its eyes that extends to its back to form a long ponytail. Its upper body is cream-colored, and its lower body is dark blue. It has yellow skirt-like structures extending from its waist. It has an orange fan-like marking on its torso, and its hands and feet are orange.

A shiny Makuhita is almost the same as normal, but his neck and gloves are red. A shiny Hariyama has red skirt-thingy and purple hands and feet.

Makuhita and Hariyama made their debut on the 294th episode of the Pokémon series (Advanced Generation: Episode 20) titled “Brave the Wave”.