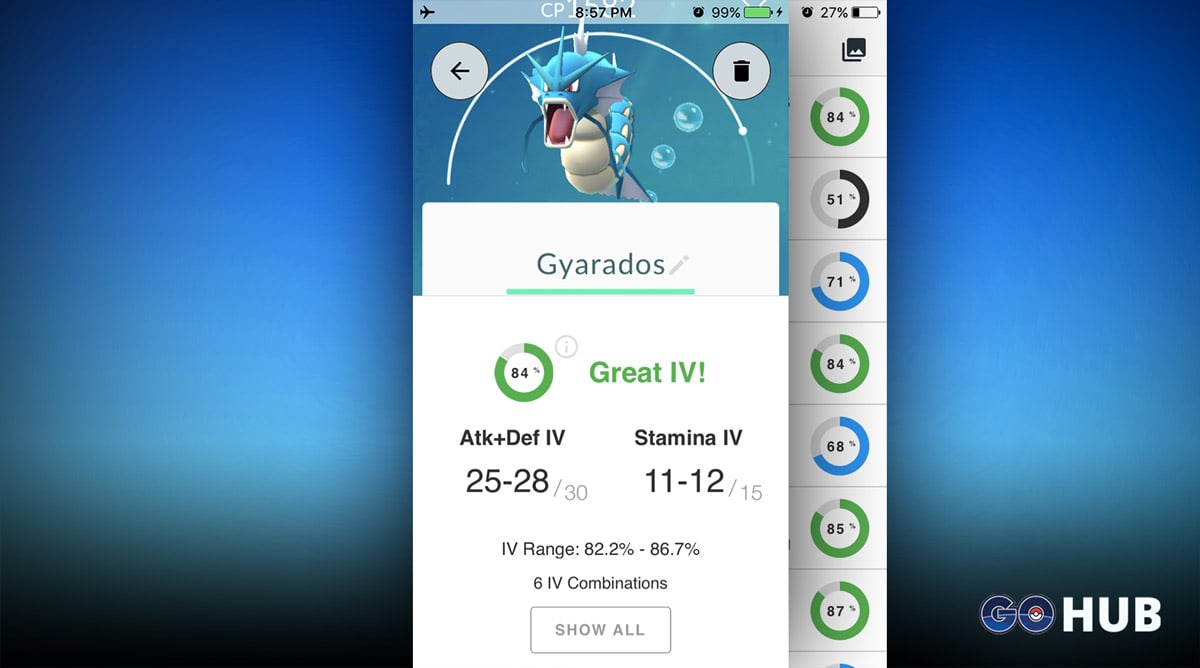 We reviewed Poke Genie after two days of use and we’re genuinely impressed. Poke Genie is an iOS only IV calculator that uses screenshots and optical character recognition to automate the process of inputing data.

Poke Genie requires to take a screenshot of your Pokemon in order to calculate IV. The process is familiar to iOS users:

After you took the screenshot, Poke Genie can import the image, recognise the Pokemon name, Combat Power and Upgrade cost. IV calculation is accurate, shows all possible IV combinations and visually looks pleasing.

The important fact is that using Poke Genie will not result in a ban as it doesn’t break the ToS in any way. It’s just an app that does image recognition! Genius!

“Best of all, the app does NOT access Niantic’s private API and complies with their TOS. It gets all necessary information directly and only from the screenshots you provide. In fact, you can use the app completely without the Internet.” – Poke Genie developer

The app can even figure out if the Pokemon was upgraded or not. The author described the app in following words:

“Poke Genie provides a simple and convenient way to determine your Pokemon’s IV. It automatically pulls all information needed for IV calculation directly from the screenshot. No need to enter it yourself. The CP arc angle is measured with pixel level precision to give you the most accurate reading.” – app developer

Our iOS tester was amazed by the app and started using it for everything. Also, the app remembers all previous IV calculations and lists them for quick reference. The app developer hinted that support for the new Pokemon Appraisal is also coming soon (next week).

You can get the app here.