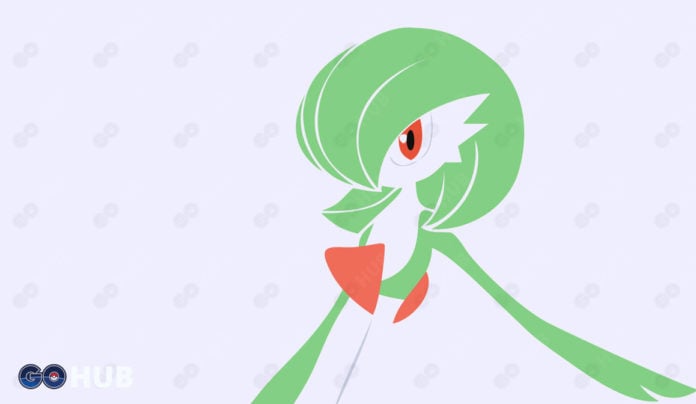 Stat wise, Gardevoir family is a glass cannon family, with stats heavily skewed towards a Attack and Defense, with low Stamina. Gardevoir has a very high Max CP (2964) and its ATK (237) and DEF (220) top a lot of First and Second Generation competitors.

If you’re looking for an amazing fairy type, look no further.

Gardevoir in the Pokémon GO metagame

We already stated that Gardevoir has a very high CP (2964), backed with high ATK (237) and high DEF (220), but is that enough to recommend this Pokemon for your team? It turns out it is.

Gardevoir is a wonderful addition to the Pokemon GO Meta and it’s also the best fairy type currently available in game. Given it’s typing, we can say that (finally) a true fairy typed Dragonite killer has appeared in Pokemon GO. Gardevoir has access to several solid movesets, but we recommend going with Confusion / Dazling Gleam and melting anything that comes in your way.

PRO TIP
A successful Gardevoir needs to dodge in Pokémon GO. There is no escaping from its measly STAMINA (136), so proper dodging is a must.

Bets move set (and the one you should re-roll into): Confusion psychic / Dazzling Gleam fairy

Gardevoir has some of the best move sets we’ve seen in a while, with 3 moves benefiting from STAB and with multiple viable move sets. Dazzling Gleam is overall the best charge move Gardevoir can have. With two bars, STAB benefit and 100 damage, it outperforms Psychic and Shadow Ball by a mile. In the quick moves department, a similar story is repeated: Confusion outperforms Charge Beam a lot!

A normal Ralts is white in color in most of its body, it has green bowl-cut looking hair, and 2 dull red horns at the back and in front of it’s head. A normal Kirlia has a white body that resembles a dress. It has green hair that covers its face and green legs. It has 2 red horns that looks a lot a hairpins. A normal Gardevoir also has white color in most of its body. Its hair, arms, and gown underside are green. It also has a red, fin-like horn on its chest and back.

A shiny Pokémon GO Ralts is light pink in color in most of its body, it has blue bowl-cut looking hair, and 2 dull orange horns at the back and in front of it’s head. A shiny Kirlia has a light pink body that resembles a dress. It has blue hair that covers its face and blue legs. It has 2 orange hairpin-like horns on the side of its head. A shiny Pokémon GO Gardevoir also has a light pink body. Its hair, arms, and gown underside are blue. It also has an orange, fin-like horn on its chest and back.