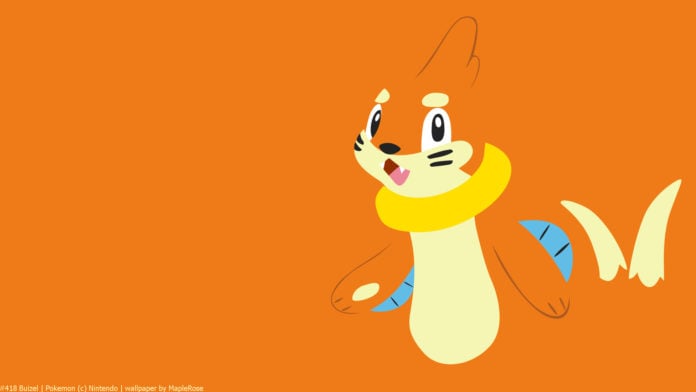 Pokémon GO Buizel is a pure Water type Pokémon originating from the Sinnoh region. Its evolution to Floatzel costs 50 candies. Buizel’s max CP is 1054, with an ATK of 132, DEF of 67, and STA of 146. One thing’s for sure: Buizel isn’t going to be making waves on its own!

Buizel does not currently hatch from Eggs.

For an overview of Buizel’s second stage evolution and its fully evolved form, please view the following guides:

Shiny Buizel is a striking gold color instead of orange, and the yellow flotation sac around its neck turns white. Given Niantic’s apparent fondness for golden shinies, we sure hope that this lovely shiny will be available at some point!

Buizel is known as the “Sea Weasel” Pokémon.