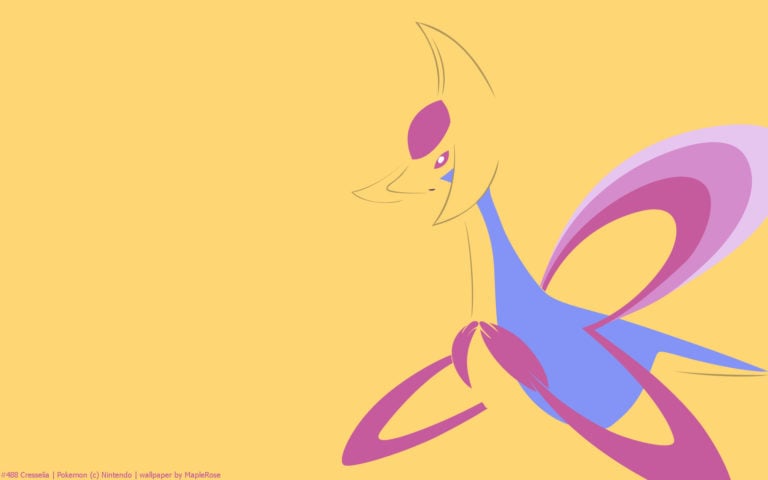 Pokémon GO Cresselia is a pure Psychic type Legendary Pokémon, and is one of the few Pokémon with only one possible gender, female.

Cresselia does not evolve from another Pokémon, like all Legendaries, so it will most likely be obtainable through Tier 5 Raids at some point when Generation 4 is released.

Cresselia has a MAX CP of 2777, paired with an ATK of 152, DEF of 263 and STA of 240, which certainly doesn’t put it in the running for one of the best attacking Psychic types in the game nor as a good Gym Defender since Legendaries cannot defend gyms (our earlier coverage here), but we will get into more of that, below.

Cresselia in the Meta

Mewtwo still and will forever reign the meta as the best Psychic type attacker in the game, and there are plenty other good options before one relies on Cresselia as an Attacker.

In this chart, we will look at its viability as a Psychic type Pokémon and how it sizes up to some of the other popular Psychic types in the game.

Overall, the Psychic types sport a high CP and Attack, but we have to admit that most of them are Legendary Pokémon, so the comparison isn’t entirely fair.

In terms of Attack, Cresselia is undoubtedly one of the worst of its type with 152 (even Smoochum and Girafarig have higher Attack stats), especially as a Legendary Pokémon. However, Cresselia certainly makes up for it with its Defense and Stamina, both being among the highest among its type. All Psychic Pokémon considered, only Wobbuffet has a higher Stamina stat at 380.

Psychic types play a decent role in the game, but with the best of the type already released and the fact that Legendary Pokémon cannot [yet] be used as Gym Defenders, Cresselia is pretty much already doomed to be a simple Dex filler.

To avoid making your eyes bleed from all the colored types, here is a summary of Cresselia’s effectiveness, weakness, and resistance.

Be aware though, despite all of this and especially its low Attack, its high Defense and Stamina stats will make Cresselia a very mean Tier 5 Raid Boss, potentially worse than Lugia.

Though there is no way to know for sure what moves Cresselia will have, we can look at its main series movepool and we can compile a list of potential movesets for it:

The chart below will help you visualize what weather is beneficial or harmful for Cresselia.

Shiny Cresselia has yet to be released, so has Normal Cresselia by the way. Cresselia already looks amazing with its Normal sprite, but its Shiny sprite looks even better.

Cresselia’s pokedex entries undoubtedly confirms that not only does it look amazing, but it’s also a truly joyful Pokémon.