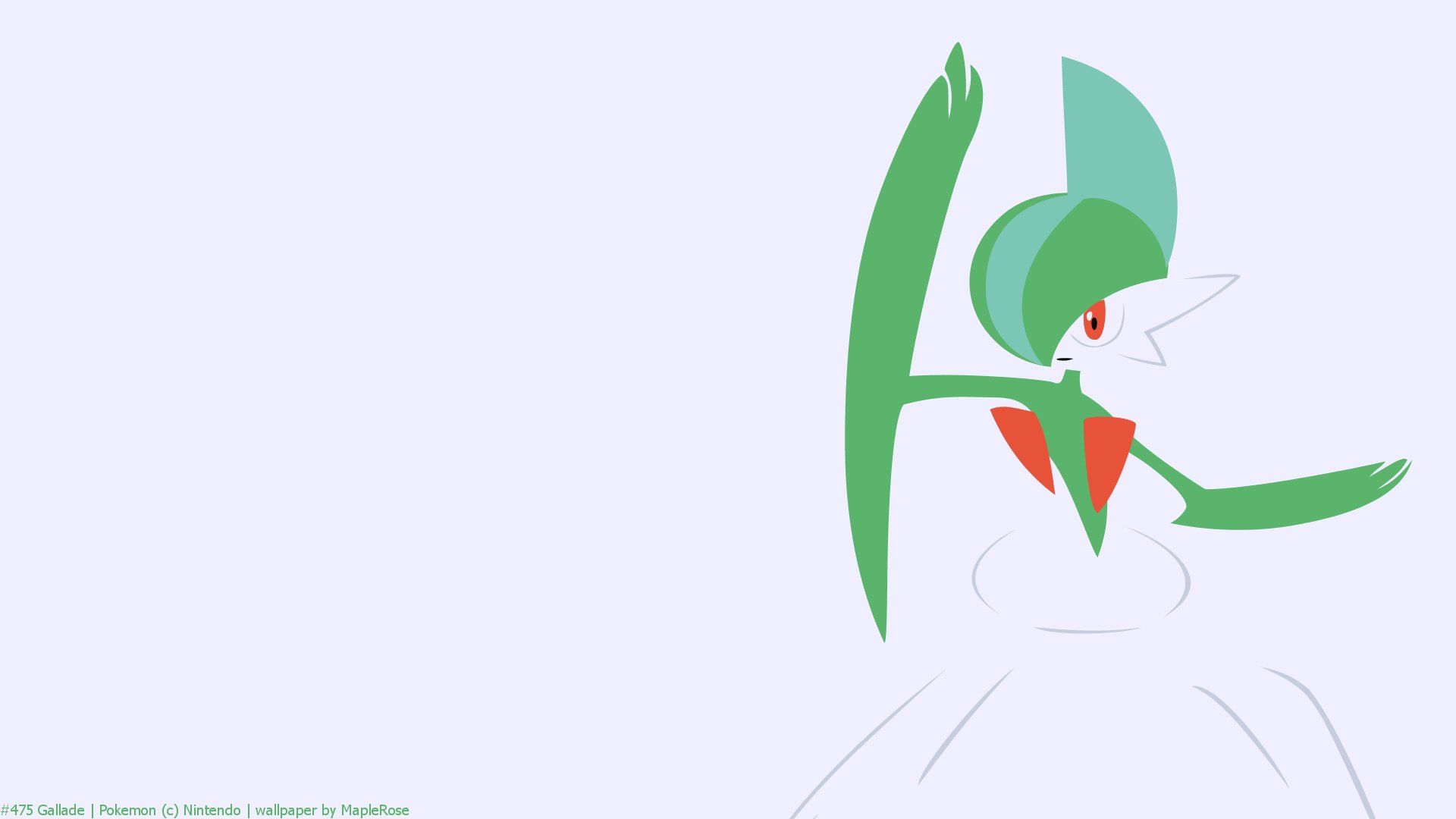 Pokémon GO Gallade is a dual typed Fighting and Psychic type Pokémon, and is one of many that evolve from a previously introduced Pokémon. It evolves from a male Ralts, released in Generation 3, using a Dawn Stone.

Considering that one can evolve a Ralts into Gardevoir using 125 candies (Ralts > Kirlia (25 candies) > Gardevoir (100 candies), one can assume that evolving a Ralts into Gallade will require the same amount of candies. However, the Dawn Stone does not yet exist in Pokémon Go, so it is unknown if it will require any evolution items besides candy.

Gallade has a MAX CP of 2964, paired with an ATK of 237, DEF of 220 and STA of 136, which puts it in the running for one of the best attacking Fighting types in the game (our earlier coverage here), but we will get into more of that, below.

Gallade in the Meta

Machamp still reigns the meta as the best Fighting type attacker in the game, but Gallade has the possibility to make its way into those top slots, but it seems that only a handful of people have found a good male Ralts so far.

In this chart, we will look at its viability as a Fighting type Pokémon and how it sizes up to some of the other popular Fighting types in the game.

Overall, the Fighting types sport a (slightly) lower CP (and a lower end Defense) but most have very strong attacking powers. In terms of attack, Gallade ties in with most current Meta relevant Fighting Pokémon. Although it has a higher CP, the difference is too little to make very much of a difference.

Otherwise out of all the Meta relevant Fighting types, it has the second lowest Stamina stat, sitting at 136, but is strangely the strongest for Defense with 220.

Fighting types already play an important part in the game and with already very strong contenders in the first 3 Generations (i.e. Machamp), Gallade might be overlooked by a few trainers, but it shouldn’t! It will undoubtedly be a great addition to your roster due to its dual typing Psychic and Fighting and its strong Defensive stat. Unlike other Fighting Pokémon, Gallade will not be weak to Psychic types, so people will have to rely on their Flying, Ghost or Fairy type Pokémon to defeat it. Fortunately enough, only a minority of trainers have adequately powered up Pokémon from these three types, so Gallade might prove to be a better Gym Defender than most currently available Fighting type Pokémon.

As a Psychic type, Gallade would mainly be useful against other Fighting types, provided Gallade receives a decent set of Psychic type moves.

To avoid making your eyes bleed from all the colored types, here is a summary of Gallade’s effectiveness, weakness, and resistance.

Be aware though, that due to its dual-typing Psychic and Fighting, Gallade might do super effective damage against Dark types, but it will also take more damage than pure Fighting types because of its Psychic typing.

Though there is no way to know for sure what moves Gallade will have, we can look at its main series movepool and we can compile a list of possible movesets for it:

The chart below will help you visualize what weather is beneficial or harmful for Gallade.

Shiny Gallade has yet to be released, but unlike many Shiny Pokémon, it’s lucky not to be yellow or pink.

Galade’s pokedex entries from various games definitely give insight as why it is known as gallant, courteous, and master of the sword.