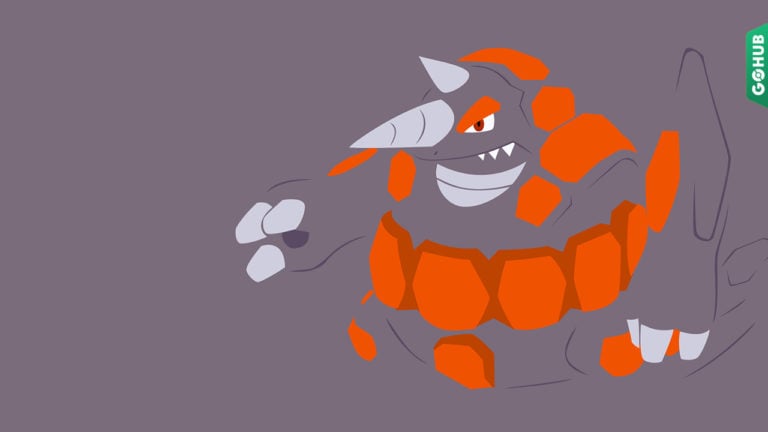 Pokémon GO Rhyperior is a dual typed Ground and Rock type Pokémon, and is one of many that evolve from a previously introduced Pokémon (check out our Pokémon Candy you should save for Generation 4). Rhyperior evolves from Rhydon, released in Generation 1 and it will likely take one hundred (100) candies to evolve, it is unlikely it will take more or less.

Rhyperior has a MAX CP of 3869, paired with an ATK of 241, DEF of 224 and STA of 230, which puts it as the second best attacking Ground type and the best Rock type in the game, but we will get into more of that, below.

Rhyperior in the Meta

Groudon still reigns the meta as the best Ground type attacker in the game, but Rhyperior will slot in at number 2 with fellow generation 4 newcomer Garchomp slotting in at 3 and Rhydon falling down to number 4. Rhyperior takes over the throne atop the Rock type attackers knocking the previous king, Tyranitar down to number 2.

Out of all the Ground types, it has the most balanced Atk/Def/Sta stat line and places number 1 in Stamina with a stat of 230.

With there being so few elite Ground types, Rhyperior should quickly find itself as a staple in raid/gym battles both as a counter and as a generalist attacker.

As a Rock type, Rhyperior dethrones Tyranitar as king. Trailing only slightly behind in Attack (241) and having better Defense (224) and Stamina (230). Once again, Rhyperior finds itself as the most balanced out of all the Rock types and again has the highest Stamina stat (230).

As for Rhyperior itself, it will takes 2x super effective damage from Grass and Water type moves and increased damage from Ground, Steel, Fighting, and Ice type moves. On the other end, it will be take to Electric, Fire, Normal, Rock, and Flying type moves as well as double resistant to Poison type moves.

We expect to see Rhyperior fill in the same niche as Golem does currently, but offering more TDO due increased Stamina.

Though there is no way to know for sure what moves Rhyperior will have, we can look at its main series move pool, as well as the moves Rhydon already has access to, and we can compile a list of possible move sets for it:

The chart below will help you visualize what weather is beneficial or harmful for Rhyperior.

It is unknown when shiny Rhyperior will be available , as shiny Rhyhorn and Rhydon are not currently in the game.

Rhyperior’s pokedex entries from various games definitely give insight as why it is called the “Drill Pokémon”.