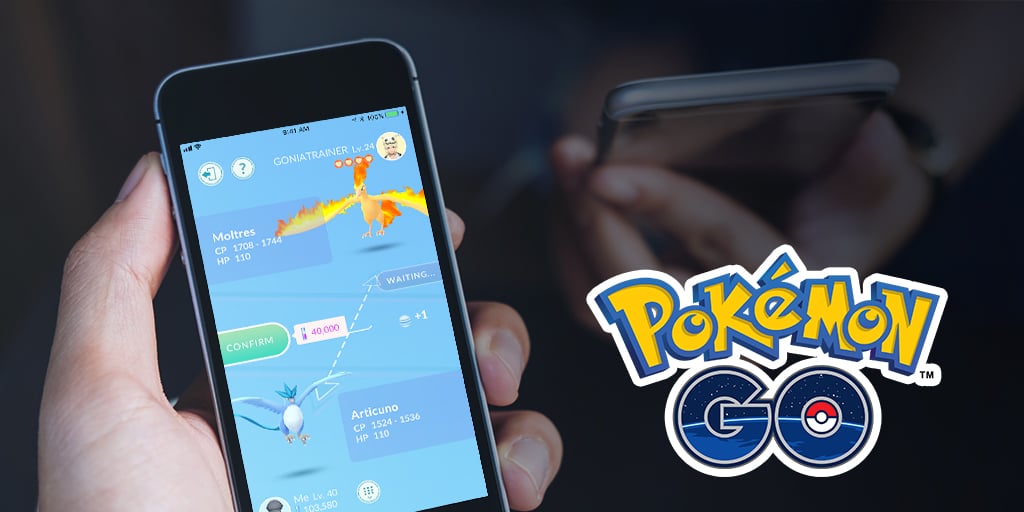 Pokemon GO Trading is a new game play feature introduced Pokemon GO (worldwide release: June 22 2018). Trading allows you to exchange Pokemon with Friends, re-roll IVs and complete your Pokedex by finally “catching them all”. Trading is a staple feature in all Pokemon games.

When compared to other Pokemon games, trading in GO works a little bit differently, requiring Stardust to perform trades and introducing a set of restrictions that prevent Pokemon black markets to form.

Trading has been released alongside two additional features worth learning more about: Gifts and Friends.

In order to start a Pokemon GO trade, both players must meet a set of requirements:

In order to start trading, you need to find the Trainer in your Friends tab and click on his profile. From there, click the Trade button and wait for the other party to become ready. If both of you meet the above mentioned requirements, you will be placed in the “Trading lobby” where you can select your Pokemon and verify the Stardust required to trade.

There is a few things to keep in mind when trading Pokemon in Pokemon GO:

Special Trading is a set of trading rules which applies when trading particular types of Pokemon. The following Pokemon types are considered special trades:

However, additionally, these Pokemon types cost the same as special trades:

You can only complete one special trade per day. A special trade is also performed using the same steps and rules as outlined in the Trading requirements and mechanics section of this guide.

As already outlined above, trading requires Stardust in Pokemon GO. Some trades are more costly than others, especially those that Niantic has deemed dangerous for the in-game economy.