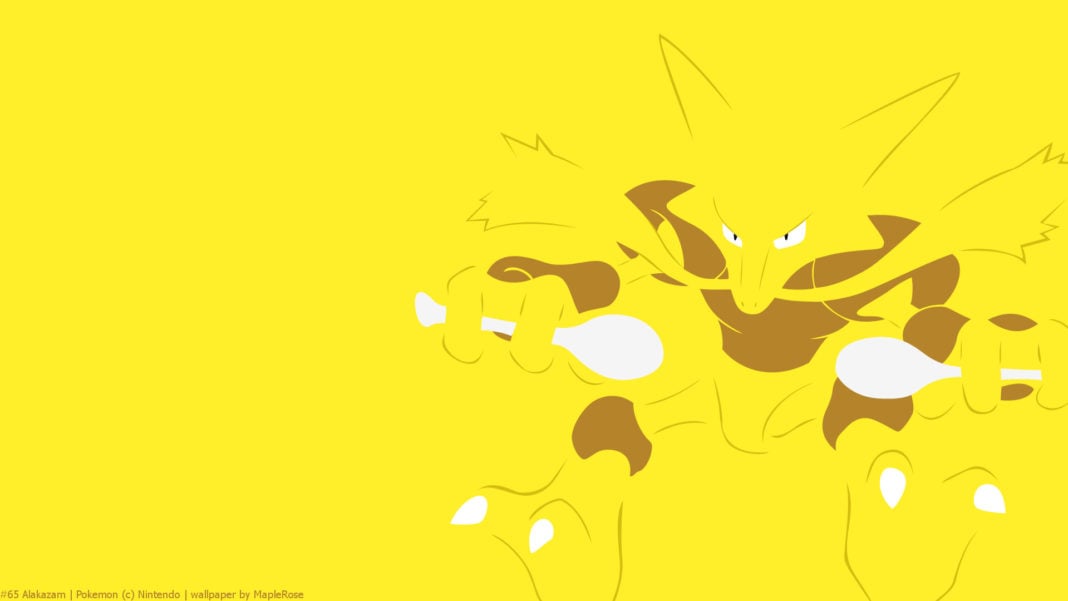 Alakazam is a Tier 3 Raid Boss, with a Boss CP of 23150 and a pure Psychic typing. If you want a chance at taking down an Alakazam solo style, then it is recommended to wait until you have a team of level 35+ counters.

Alakazam is one of the more difficult Raid Bosses to solo. There are many factors that can influence the fight, from picking the right counters, to waiting for the right weather, to anticipating the strongest attacks.

If you aren’t a high enough level, or you have a couple of friends around, we recommend you take a look at our Alakazam Raid Boss guide for better reference.

Alakazam, being a pure Psychic type Pokémon, has a weakness to Bug, Dark, and Ghost type moves. It’s considered one of the trickier raid bosses to solo, as its varied movepool allows it to hit many of its counters with super-effective moves — you’ll definitely need to pick out a team specifically to beat the moveset you’re up against.

Mewtwo, a pure Psychic type, will resist both of Alakazam’s Fast Attacks and deal super-effective damage back with Shadow Ball Ghost. Although the raid boss will also resist Psycho Cut and Confusion, Mewtwo’s godly attack stat and decent bulk will more than make up for it.

Tyranitar is a fantastic Rock / Dark type, with access to a double Dark type moveset. Its only downfall when battling against Alakazam is that it takes double super-effective damage from Focus Blast Fighting; otherwise, use it against every other moveset.

Unfortunately, Gengar’s typing is a double-edged sword against Alakazam — with STAB Ghost type moves, it will deal a massive amount of damage, but its Poison half takes super-effective damage from both of Alakazam’s Fast Attacks (this is made worse by the fact that Gengar is a glass cannon to begin with). Although a Gengar with Hex Ghost will do just fine, Shadow Claw Ghost and Lick Ghost (both legacy/exclusive moves) are arguably better.

All of these Dark types are pretty evenly matched when battling Alakazam; they are relatively fragile, but have high attack stats and access to double Dark movesets. Use them against Future Sight Psychic or Shadow Ball Ghost ‘zams. Unlike other Dark types, Honchkrow’s Flying side will negate super-effective damage from Focus Blast Fighting. Sharpedo and Houndoom will resist Fire Punch Fire as well. Don’t use Weavile against Focus Blast or Fire Punch!

These three bugs perform similarly against Alazakam. Just don’t use them against Fire Punch Fire, and they’ll do great. Do note that Yanmega doubly-resists Fighting attacks, so it’s a great option against Focus Blast.

Not only is it the best Electric type, the legendary Raikou now has access to Shadow Ball! It will take neutral damage from all of Alakazam’s possible moves, and will deal SE damage back.

When comparing all of Alakazam’s possible movesets, it becomes clear that there are two kinds of Alakazams in game, and one of them is clearly more difficult to take down.

Do not be discouraged if you encounter an Alakazam with the stronger moveset, just be prepared to make more than one attempt when battling.

Below is a moveset table that shows off Alakazam’s movesets ranked by difficulty, the ranking was determined by the TDMG (Total Damage) caused by a single energy cycle.

Right off the bat, you should always avoid attempting to solo raid Alakazam in Windy weather. Because of its Psychic typing, it will be an even bigger challenge to take down. Because of Alakazam’s heavy weakness to both Ghost and Dark types, you should really look at waiting until Fog weather appears and crossing your fingers that Alakazam does not have Shadow Ball Ghost as its charged move.

Below is a table that shows off the weather advantages and disadvantages in relation to Alakazam and the counters in question.