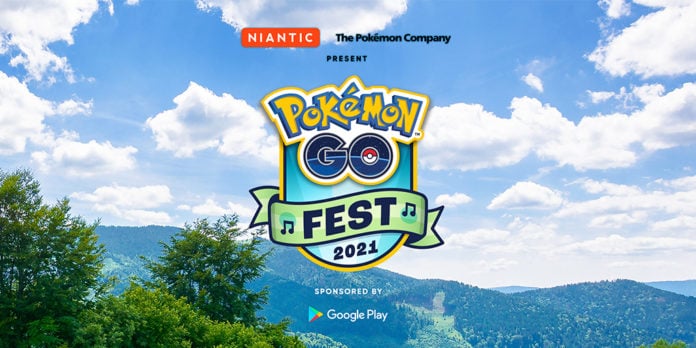 The Pokémon Go Fest 2021 extravaganza is upon us! This Go Fest is a mixed bag of emotions as it combines the at-home gameplay of Go Fest 2020 and the typical meetups associated with such an event.

By simply dropping an Incense, you can enjoy spawns of various rare and coveted Pokémon that you otherwise would find difficult to access. In addition, day 2 presents us with almost all the legendaries we have had to date. Yes, day 2 is going to be legen… wait for it… legendary!

But hey, day 1 isn’t far behind! It comes first after all! Indeed, day 1 (and technically even day 2) will present us with many interesting spawns that are totally worth a catch (pun intended).

Which makes us wonder….

What are the best Pokémon spawns to focus on? This Go Fest will feature the habitat rotations. So which one’s the best for you?

Don’t worry as this comprehensive guide on the top non-legendary Pokémon to catch is all you need to filter out the best of the lot. I shall cover the most valuable Pokémon from each habitat, tell you why you should lend your attention to them and help you create the crème de la crème of your “gotta catch ’em all” propaganda for Go Fest 2021!

So without any further ado, let’s explore each habitat and pick the best for you!

Lose yourself in the dense wilderness of the jungle and sweat it out to catch these Pokémon!

This Water type little frog is not only the most coveted Kalos starter but is one of the most favourite starters of all time and with good reason! Froakie evolves into the most Pokémon of the Year 2020: Greninja

While Greninja is sort of underwhelming in the meta at the moment, it will eventually get access to the powerful Hydro Cannon in its Community Day making it among the best Water types in the game (behind Gen 8’s Inteleon, Kyogre and Kingler). But it gets better as Greninja’s ‘battle bond’ with you has a huge perk…

Folks, with Bubble and Hydro Cannon, Ash Greninja deals the highest Water type DPS in the entire meta, surpassing even Kyogre with Origin Pulse! Yes, you read that right!

And who knows? Greninja may also receive its signature Water Shuriken as an additional TMable move in its Community Day just like Swampert (Muddy Water) and Blaziken (Blaze Kick) did.

The future looks bright for the Water Dark type Greninja and you must absolutely invest in a Froakie and some Protean shake to keep yourself hydrated during Go Fest!

Go hard metal with this fast, ketchup-bottle-slicing bug and evolve it into the cool and mean Scizor. Being one of the OG Steel types and a premier Bug type, Scizor is a neat Pokémon to boot. It has its uses in PvP and is undoubtedly one of the best Pokémon to use in Team Go Rocket battles owing to its spectacular moveset,  handy resistances and single Fire type weakness.

It also boasts of a nice mega evolution that can set the bar even higher. Scizor may not be the best Bug or Steel type out there but it’s definitely worthy. And oh, get a load of shiny Scizor! Now how can you not pursue this beauty! 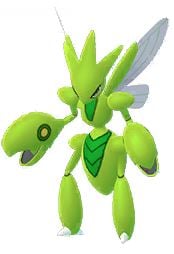 Chatot is not exactly a meta relevant Pokémon per se. But what makes it compulsory to catch is the fact that it’s regional. If you legitimately (no pun intended) want to get yourself a regional, then you have to catch this musical bird! Not only do you get yourself a new addition to your Dex but you can also agree handy for long-distance trades.

Put on your goggles and your hiking shoes to face the dry desert heat and the thrill of the mountains. Keep your pokéballs handy for these Pokémon:

Sharp and smart, and boasting sword-like wings (now how cool is that!) Skarmory is a top pick for the Great League. Excellent moveset, great bulk and those 10 resistances make Skarm almost a perfect Pokémon in the lower PvP leagues.

It has a gorgeous shiny (honestly, which Steel doesn’t?), can be a major threat in the Ultra League at level 50 and breaks many cores. This scary bird is your best Flying pick from the entire Go Fest spawns.

Word is that you love Defense?

‘Cause there’s no crack in this castle of rock ‘n’ steel, and has absolutely no chill about its pathetic ATK but boasts a DEF higher than even Deoxys Defense. Yikes

Even super-effective hits of 2x don’t KO it. If that wasn’t enough, Bastiodon has an amazing moveset that lets it break down most of the meta. It’s a wall stall, y’all and you better get it in your team this Go Fest.

The mighty Godzilla Pokémon and Johto’s pseudo legendary remains a highly sought monster. Yes, it may not be as meta relevant as it was during its inception, it still is and will always remain one of the most powerful non-legendary Pokémon to grace the meta.

With top-tier Rock and Dark DPS, Tyranitar has a lot going for it and also has the potential to get even better in the future. Of course, you’ll need an Elite Fast TM to enjoy it on the rocks.

Not to mention, Tyranitar makes up for its current run with a beastly mega evolution on the horizon that has both DPS and TDO in all levels of awesomeness. Why not get Ttar XL candies and have the level 50 monster for yourself?!

After your adventures through grass, sand and rock… you deserve to chill and hit the beach, enjoy the cool ocean breeze and waves, and catch these blue ‘mons for yourself.

Dragonite is an evergreen Dragon type and when it comes to the Open Master League, it is particularly very, very dominant. With absolutely no need for any TMs, you can get yourself a powerful level 50 Dragonite and wreak havoc in the ML meta.

This cuddly Barney the dragon from Gen 1 has maintained a respectable position for itself in the meta for 6 generations now and without any doubt, will continue to do so for a long time to come. A picture-perfect and popular Pokémon with an excellent moveset and viability in both PvE and PvP, you are going to want a Dragonite for yourself!

Another dominant Gen 1 stalwart, Gyarados has been a mainstay. While its PvE performance is good, it excels in PvP. Gyarados is arguably the best 400 Candy Club Pokémon and it dominates with its absolutely fantastic moveset. With a complete Dragon type moveset, type weaknesses to either Dragon or Fairy and resistance to Steel, Gyarados functions as a powerful Water and pseudo Dragon type, tearing through the meta successfully.

It also has a very powerful mega evolution that gains STAB from its Dark type moves. And yes, it can be shiny! Truly a versatile Pokémon that is worth the catch!

Just follow my advice and grind for a suitable Azu for the GL. You’re going to love it!

Listen, you have explored the outdoors too much now. Yes the beach and waters were cool and all, but the possibility of excited kids throwing the beach ball at you is undoubtedly an unwelcome prospect. So how about you go and chill in a cave. Solitude and some excellent spawns for you!

Combining the top offensive and defensive types in the game, Gfisk is a terror. The Ground typing grants it the undisputed maxima of super-effective coverage. In addition, it comes with an amazing moveset and coverage that can steal shields off opponents even in the most unfavourable matchups. And do you know that apart from its ironclad performance in the Great League, XL Gfisk is sheer punishment to your opponent(s). Stun the meta and fisk away the competition with this trap!

Furthermore, Deino evolves into the fearsome and dangerous Hydreigon, a pseudo legendary that is already a really good Pokémon in both PvE and PvP and has the potential to soar even higher after its inevitable Community Day. With Deino also being in raids, you have the chance to also capture a precious Shundo Deino for yourself!

It goes without saying that Deino will be one of the most desired Pokémon in the Go Fest and sure you can’t contain your excitement when you see these little emo dragons spawning around you and in raids!

Umbreon is the most popular eeveelution and rightfully so. Equipped with a wonderful design and tremendous bulk, Umbreon has been an elite pocket monster in the Great League. But lately, there’s a new monster in town: XL Umbreon. A true creepypasta of the Ultra League, XL Umbreon can spell lights out for your opponent, no matter how strong. Grind the XL candy and reduce your opponents to size with this Dark type Pokémon!

I have always loved Batman more than Spiderman but this arachnid can make even the bats of PvP shudder in fright. Bats aside, Galvantula may not have too much bulk but it comes with a fantastic offensive typing of Bug and Electric, making it extremely useful in the Great League. Skarmory, Azumarill, Umbreon, Deoxys, Hypno… not everything can threaten these Pokémon! Even in losing matchups, a single Lunge guarantees a DEF buff for the opponent. Ultimately, you’re going to want a good Galvantula for PvP.

Furthermore, Deino evolves into the fearsome and dangerous Hydreigon, a pseudo legendary that is already a really good Pokémon in both PvE and PvP, and has the potential to soar even higher after its inevitable Community Day. With Deino also being in raids, you have the chance to also capture a precious Shundo Deino for yourself!

It goes without saying that Deino will be one of the most desired Pokémon in the Go Fest and sure you can’t contain your excitement when you see these little emo dragons spawning around you and in raids!

Rampardos has one of the highest non-legendary, non-mega ATK stats in the entire game. With DPS that surpasses even mega evolved Rock types and an ideal moveset, Rampardos is one of the prime holders of the DPS crown in Pokémon Go. And who knows? It can even have a Community Day with Head Smash as the exclusive move!

Event exclusive ultra-rare Pokémon with the possibility of being shiny! Both Unown F and Unown G will spawn throughout the event, across all habitats.

From the looks of it, Go Fest 2021 is shaping up to be an absolute banger! Meta relevant Pokémon, regionals, new shinies and extremely rare Pokémon… this fest has it all AND MORE!

To all players reading this, we at Go Hub wish you a very joyous and enjoyable Go Fest.

Enjoy Go Fest 2021 and wish you the best for getting the Pokémon you want!