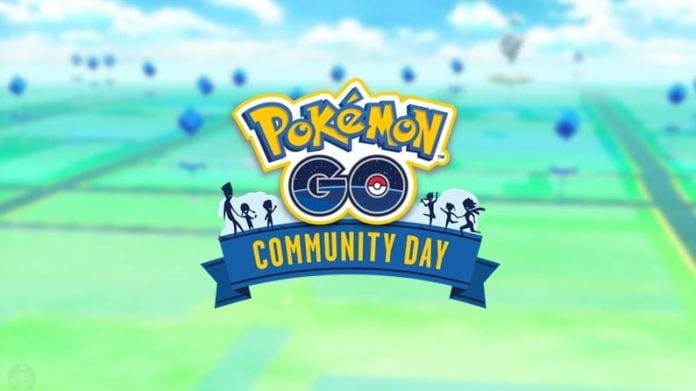 Trainers, the last Community Day of 2021 is coming this weekend! But… are you really prepared for one of the most important events of the year?

The purpose of this guide will be to share some of the most useful tips and tricks so that you can prepare for this event properly. So let’s get right into it!

Tags are one of the best QoL updates we’ve seen in a while. You can create one straight from your Pokémon inventory (upper left corner) or simply by selecting multiple Pokémon from your inventory and tapping on the small button that will appear on the lower side of your screen.

Once you have created that tag, you can access it anytime and directly evolve from there without having to use the search bar again.

Pro tip: you can save some time by evolving all your Pokémon up to the evolution prior to the final one. For example, if you want to get a Frenzy Plant Serperior, you could evolve your Snivy once and that way you will only need to evolve it once more when the Community Day exclusive move time window starts.

Tip #2: Get rid of the useless Pokémon in your inventory

This is pretty much self-explanatory. Are you ever gonna use your 3rd shiny Meowth? Is that 91% Oddish you’ve never powered up really useful? If the answer is no, get rid of them asap!

Having to do multiple stops during your CD grind just to go through your inventory and transfer some Pokémon is not the kind of experience you want to have. Do yourself a favour and get rid of all the Pokémon you don’t need.

Both Pokémon and Item Bag storage limit will be increased on December 16th at 1PM PST.

Get as much storage as you can afford, you won’t regret it.

I know it might be tempting to get rid of all the bad IV Pokémon you’ve caught during Community Day… but let’s just not do that.

One of the most important bonuses during the Season of Heritage is the guaranteed Candy XL when trading. You know the drill: catch as many Pokémon as you can, save the ones you want to get Candy XL for and trade with your friends later! Not only will you be able to farm Candy XL, but you’ll also have the chance to reroll the IVs and hopefully get yourself a good IV Pokémon that you can power up.

Try to do as many trades as possible on Saturday after CD hours in order to make some room in your inventory for the next day.

The best 2021 Community Day spawns to save for XL trades are Gible (EP Garchomp is the best ground type attacker in the game) and Machop (Counter+Dynamic Punch Machamp (NOT Payback!), especially if shadow, is one of the best fighting type Pokémon in the game and a top-tier gym sweeper).

Tip #5: Farm as many resources as possible

There’s no ‘right’ amount of balls/Pinaps to save for CD, it all depends on how much you’re willing to play. If you want to play as much as possible during both days, I’d strongly recommend to farm 2000+ balls and some berries while you’re at it.

Some CD Pokémon don’t have very high catch rates, so I’d try to get as many Ultraballs as possible as it’ll make things easier and you’ll be able to catch Pokémon faster. You won’t have much time to restock on Pokéballs again between Saturday and Sunday, so it’s better to be prepared ahead of time.

One of the most important perks of Mega Evolution is the extra candy bonus received when catching a Pokémon that shares the same type as your Mega. If your Mega has two types, then you’ll have a greater chance of taking advantage of this bonus.

For example, if you want to farm as many Gible candies as possible, Mega evolving a Charizard (X), Altaria or Ampharos will guarantee 1 extra candy per Gible caught, since all those megas are part-dragon type.

Here’s the list of megas, their typings and what CD Pokémon benefit from them:

It all comes down to what you need. In my case, I wouldn’t mind farming some extra Gible candies, so I’ll just pick Mega Charizard X as I don’t really care about the other spawns that much. Take a look at the list and decide which Mega (if any) works best for you. Or you could pick one on Saturday and a different one on Sunday, depending on which Pokémon spawn each day.

Tip #7: Pre-walk and pre-buddy-up your Eevee prior to CD

Sylveon will not have a reduced Buddy Heart requirement, we would suggest working on them now. https://t.co/xeC9hzlAGh

In order to evolve Eevee into Espeon/Umbreon during Aug CD 2021, you didn’t need to walk 10km with them set as your buddies. And a similar thing happened with Sylveon, since the amount of buddy hearts required to evolve an Eeevee into Sylveon was reduced from 70 to just 7.

Tip #8: Use Incense/Lures to attract all CD Pokémon

However, if you use an Incense or a Lure Module, all Pokémon listed above will be attracted regardless of what day it is. If you want to catch Gible or Machop on Sunday, you know what to do!

Coordinating friendship level-ups is extremely tedious. Well, Community Day is the perfect time to do so, mainly because of two reasons:

I know it doesn’t work for everyone since you know… timezones and all that stuff, but if you can message that person you want to hit UF/BF with, CD seems like the perfect opportunity to do so.

Community Day is also a great chance to farm dust. There will be a 2x catch stardust bonus active during CD hours so if you’re planning to go out, catch and hatch some eggs, you might want to use a starpiece while you’re at it to maximize your stardust gains.

Pokémon featured in 2020 Community Days wll be appearing in 2 km eggs during the event. The following list includes them all (+Piplup and Budew):

All Pokémon listed above (except for Budew) will also be appearing in raid battles. If you don’t want to play the egg hatching roulette, you can always do a raid to get a good IV Pokémon that way. At least you know the Pokémon you’re raiding.

This might be a good chance to farm Candy XL via trading, to fill up that slot in your shiny Pokédex at a reduced cost, to do some lucky trades with your locals or just to try to reroll IVs on a shiny Pokémon you’d like to power up. You get 2 special trades per day, use them wisely.

Tip #13: Don’t catch anything 30min before the event begins

Most spawns in Pokémon GO usually despawn after 30 minutes (60′ in some cases). Regular, non-CD spawns transform into CD spawns right when the event begins, so you don’t really want to risk losing a potential high-IV/increased-shiny-chance spawn because you caught an Aipom before the event began.

In case you didn’t know, spawn points have two sets of IVs associated: weather-boosted and non-weather-boosted IVs. Let’s say the weather outside is Sunny, both before and after 11AM. That same non-weather-boosted Aipom might have hundo IVs if weather boosted, but you just don’t know it. Right when the event begins, it might transform into let’s say a Gible, which would be weather-boosted and thus a hundo. And the same could happen with the shiny attribute. A non-shiny Aipom could become a shiny Machop. This is just a hypothetical situation, but I wouldn’t risk it tbh.

Furthermore, if you catch a specific spawn, that spawn point won’t spawn a new Pokémon until the despawn timer runs out, so if you caught that Aipom, there will be no new spawn until the spawn timer resets. If you don’t catch it, you’ll still have the chance to catch a Comm Day spawn when the event begins.

Furthermore, it’s not confirmed yet but there might also be specific Community Day Field Research tasks that lead to CD encounters.

Don’t risk losing the chance to farm Mega Energy just because you wanted to get a couple of Pinap Berries after completing a given field research task, unless they are extremely valuable to you or you just don’t care about Mega Energy/CD encounters.

It is well known that following a lured-up circular route is one of the best grinding strats. The main reason being that lure spawns quickly regenerate so if the route is spaced enough you should be able to see spawns at all times. Combine that with an incense and you’ll be maximizing your catches. Lures and Incense last for 3 hours during the event, so you’ll only need to use 4 Incense total to cover the entire duration of the event.

Another “important” aspect that people tend to forget is that if you’re playing in a crowded area, dropping some lures will get you neat gains in your Picnicker badge. The more people catching Pokémon thanks to your lures, the greater gains you’ll get in that medal.

Tip #16: Special Boxes in the shop

Two special boxes will be available in the in-game shop:

Make sure you grab at least the first one. If (and only if) Elite TMs are valuable to you and you’re willing to pay to get them, you could consider purchasing the second one. Technically speaking, it’s the lowest ETM/Pokécoin bundle of the year. Is it worth buying though? That’s something I can’t answer for you.

You know the drill, it’s a way of getting Community Day encounters and farm a bunch of premium items. Is it worth buying though? I’d at least wait until we know what it offers. Keep an eye out for news and infographics before making your purchase.

Please remember to protect yourself and others, and stay safe at all times!

And last but not least… don’t forget to HAVE FUN! That’s what the game is all about.

And that’s it, trainers! Did you enjoy our event guide? Did we forget anything?

Leave a comment down below and feel free to tag me on Twitter, your feedback is much appreciated!

We hope you found our guide useful.