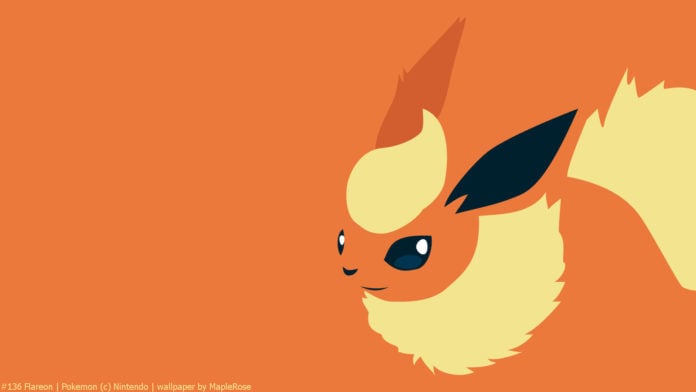 Flareon is a Tier 3 Raid boss, having a raid boss CP of 21811. As  pure Fire type, Flareon has weaknesses to Ground, Rock, and Water. Flareon counters are strong Water, Rock and Ground Pokemon like Kyogre, Garchomp, Smack Down Tyranitar and Rhyperior.

When defeated, Flareon will have the following catch CP ranges:

The following table lists best Flareon counters in Pokemon GO, without listing Shadows or Megas due to their limited availability. If you have any of the listed pokemon as shadows, they’ll be stronger.

If you want to use a Mega Evolution, here are the best to use.

Flareon has the following stats outside of the raid:

As well, Flareon has access to the following moves: