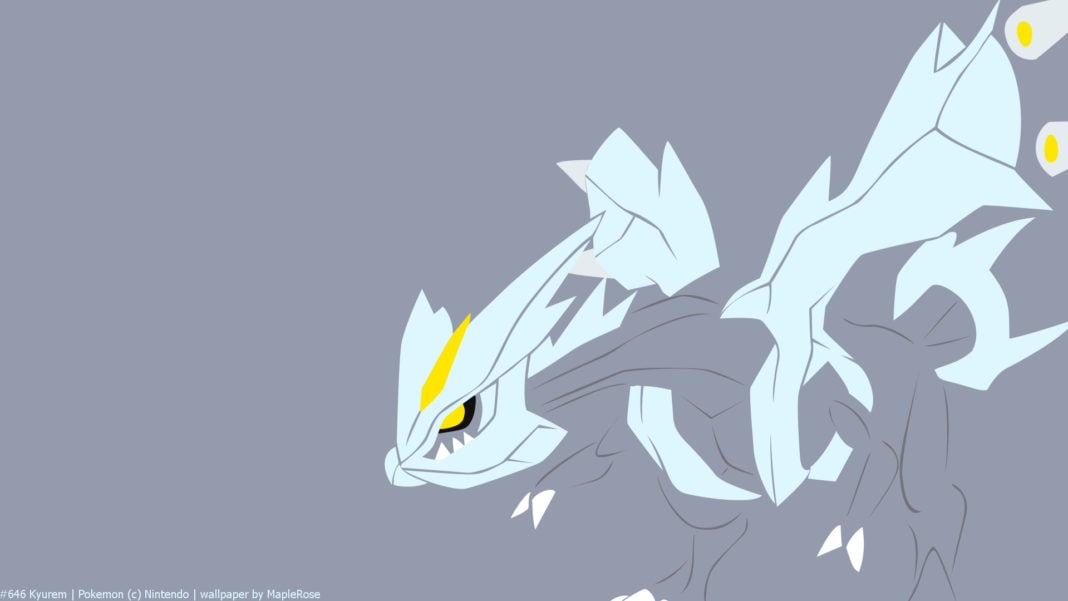 As we inch closer to the New Year 2023, Niantic is giving us an excellent gift to commemorate 2022: The introduction of Kyurem’s signature move Glaciate into its movepool as it arrives as the 5-star raid boss from Friday, December 23rd, 2022, at 10 AM local time till Sunday,  January 1st, 2023, 10 AM local time.

And while the signature moves of legendary Pokémon are usually a disappointment, Glaciate is impressive!

This Ice type charged move has the following stats in Pokémon GO:

What Glaciate means for PvP and PvE?

Glaciate is undoubtedly a powerful Ice charged move per se. However, while Kyurem’s ATK is appreciable at 246 it’s nothing spectacular. For context, Kyurem’s ATK is lower than that of pseudo legendaries like Dragonite, Salamence, Garchomp, Hydreigon etc. But with Glaciate’s power, Kyurem would have still made a mark in PvE if…

In a nutshell, Kyurem isn’t going to be a significant entrant into the PvE Ice type meta with Glaciate.

You won’t be giving a cold shoulder to Kyurem in PvP anymore. Glaciate is a fantastic addition to Kyurem’s movepool that would propel it to the icy peaks of the meta, particularly in the Master League!

Indeed, Kyurem used to get a chilled reception in ML previously but now it is technically the most sought-after Ice type in this meta! It is worth noting that Glaciate Kyurem could potentially be useful even in the Ultra League and possibly the Holiday Cup. But its ML performance is going to be the talk of the town.

Before we get to the exciting details regarding Kyurem’s performance in ML with Glaciate, let’s compare the move of the hour with other Ice type moves that are relevant in PvP.

Comparison of Glaciate with other notable Ice type moves

Icy Wind is a really interesting case because Kyurem initially had this move in its movepool just before its release into the game. But it didn’t make the cut and therefore, Kyurem’s potential viability in the ML meta got erased.

But funnily enough, Glaciate is better than Icy Wind. Icy Wind is a target’s attack rebuffing move that deals 60 DMG (just like Glaciate) but costs 45 energy (Glaciate costs only 40 energy). By costing 5 less energy, Glaciate is accessibly quicker than Icy Wind, making the former an upgrade over the latter.

In terms of stats, Glaciate with 60 DMG and 40 energy is literally a clone of Icicle Spear! However, Glaciate ends up getting the edge due to the fact that it offers a guaranteed debuff of the opponent’s ATK.

Avalanche is the bread and butter Ice type charged move of the likes of Mamoswine, Glaceon, and Galariamn Darmanitan. And it’s easy to see why…

With an impressive 90 DMG at just 45 energy, Avalanche is clearly the best Ice type charged move. However, Kyurem can’t learn Avalanche in the Main Series Games. But the 5 less energy cost of Glaciate along with its ability to debuff the opponent’s ATK makes it competitive with Avalanche.

Kyurem learns Ice Beam, a move that deals 90 DMG at 55 energy. Needless to say, Glaciate is better by a mile.

Ice Punch shares the 40 energy cost of Glaciate but it deals 55 DMG. So Glaciate serves a strict upgrade over Ice Punch. Funnily enough, Kyurem cannot learn Ice Punch but Gastly and Wooper can!

Glaciate is undoubtedly the best Ice type charged move that Kyurem gets (of course, it’s the signature move). But after experiencing the debacles of Luster Purge and Mist Ball for the [email protected] twins, it was natural to have been worried for Glaciate’s fate.

Fortunately, Glaciate is amazing for Kyurem!

With the dual typing of Dragon and Ice, Kyurem has a good offensive presence in the ML meta, threatening the various Dragon, Flying, and Ground types that are omnipresent in the league and the occasional Grass tyes like Zarude and Tapu Bulu.

In addition, it resists Water attacks apart from Grass and Electric. Not to mention, this Dragon type is not weak to Ice!

That said, Kyurem is going to get bullied by Steel types, Zacian, and Counter and Dragon Breath/Dragon Tail users as Ice is a poor defensive typing per se and bring in a flurry of weaknesses to the mix. Nonetheless, Kyurem with Glaciate is surely bound to be really good in ML.

At the time of this writing, PvPoke.com ranked Kyurem at #4 in ML!

Kyurem gains wins against the following:

Kyurem suffers losses against the following:

In conclusion (for PvP)…

Glaciate Kyurem doesn’t really throw any surprises in the ML meta but it does its job well. In other words. Kyurem with Glaciate will become a remarkable Specialist and not necessarily a Generalist. Honestly, the debuffs from Glaciate form Kyurem’s trump card in may of its match-ups, and can flip the bout in shielded scenarios.

With hiccups like Lugia and cheers like Mewtwo, Kyurem will definitely function as your go-to Ice type for the ML meta as it technically beats what it’s supposed to beat. At the same time, its losses are expected. Seeing is believing when it comes to Kyurem.

It goes without saying that Glaciate is a huge W for Kyurem. With a rare case of a legendary’s signature move done right, Kyurem is going to be among the most coveted mons for the ML meta.

With the prospect of Black and White Kyurem drawing close, I would strongly suggest you get a high IV (and possibly shiny) Kyurem because form change mechanics are a thing in Pokémon Go. But nonetheless, we are going to have a new meta relevant entrant in the Master League that freezes much of the meta.

Good luck with getting a fantastic Kyurem and happy holidays! Have fun! 😀