As part of the Pokemon Day celebration, Gengar and Nidorino are ready to party Sunday, March 1st, 2pm to 5pm local time, as a reference to the opening screen of Pokemon Red, Firered/Leafgreen, and even the original Pokemon anime series. 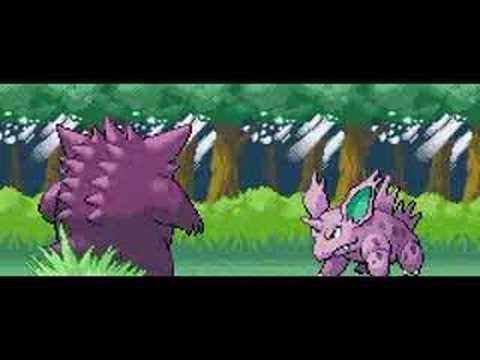 Gengar will know the moves Lick Ghost and Psychic Psychic on catch, and both Gengar and Nidorino will be wearing party hats with a shiny chance. Gengar is a T4 raid with 33531 CP and Nidorino is a T2 raid with 7238 CP. You get 5 free raid passes during the event.

We’ll start off with the easier raid boss, since you really don’t have to use a lot of effort to take Nidorino down. It’s a T2 boss, so of course it’s soloable, and it’s weak to Mewtwo, which means it’ll crumble in less than a minute with maxed proper counters. Even level 20 armoured Mewtwos can solo Nidorino with plenty of room to spare. No reason to fear it, you’ll likely not even need to spend a single revive afterwards. Keep in mind that since it’s a raid day event, you’ll likely have a crew with you, so rest in peace Nidorino.

For reasons I already mentioned, I won’t spend too much time on counters: anything decently levelled that knows a psychic or ground attack can solo it. Be creative, beat it with a team of 4 level 30 Drilburs (it’s possible, 80 seconds). Upload a neat challenge video to YouTube, get views. Be sure to like, comment and subscribe. All you get from it is a trophy, unless you plan on using Nidorino in great league, in which case I respect that.

Nidorino can be caught at the following CP values:

Okay, now we’ll cover what you came here for. Gengar takes a bit more effort to take down than Nidorino, so be sure to bring some help, it needs 2-3 trainers.

Gengar’s weak to Psychic and Ghost, so many strong options are available as counters, but most of them are double-edged swords, being weak to many of Gengar’s attacks. Dark and certain Ground attackers should watch out for Focus Blast, as undodged it’s basically an insta-KO. Don’t be afraid to dodge, Gengar’s attack stat is not to be slept on.

Gengar still has a place in the meta, in spite of other options like Giratina and Darkrai being more bulky and not weak to what you’re trying to take down. Do those two have a neat hat? I think not.

Gengar will have the following moves in battle. It’s guaranteed to have the moveset Lick and Psychic on catch, though.

Sucker Punch and Sludge Bomb are probably the least threatening moves Gengar can use, but they’ll still hurt quite a bit unless your counters resist them. Hex and Shadow Ball will shred your team if you’re using top counters, so be careful.

Gengar can be caught at the following CP values:

Although Gengar’s not strong against a lot of gen 5 legendary Pokemon, and Nidorino is just gonna sit in your inventory, it’s still 5 free raids at least. Keep in mind that T4 raids have coveted charge TMs as a guaranteed drop, which is important as season 1 of GO Battle League starts soon.