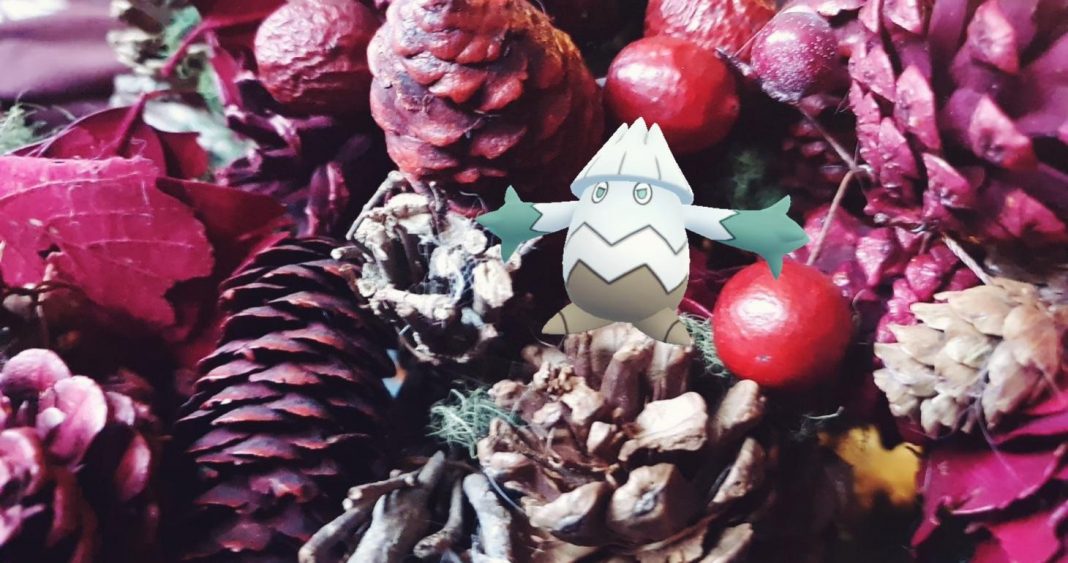 Snover is currently featured as a Tier 1 raid boss in Pokémon GO, and it can be caught with the following CP values:

It is a Grass and Ice type Pokémon, which makes it weak to Fire (2x), Bug, Fighting, flying], Poison, Steel and Rock type moves. Snover should be an easy solo, even without the most optimal counters.

The best raid counters for Snover are listed below, according to our Pokémon GO DB battle simulator:

Snover has plenty of weaknesses, but if you don’t have ANY of the Pokémon listed above powered up, you can always use:

But please, try to use the Pokémon listed above if possible and take advantage of Snover’s double weakness to fire type moves.

Unfortunately, Snover is just a Dex filler. However, Abomasnow is actually a great Pokémon to use in PvP.

Both Abomasnow and shadow Abomasnow are great in PvP. The preferred moveset is Powder Snow, Weather Ball (Ice) and Energy Ball, but some trainers have also tried running its shadow variant with Razor Leaf instead of Powder Snow to apply more fast move pressure.

Abomasnow is ranked pretty high in PvPoke both in Great League and Ultra League (XL strongly recommended). It has a double weakness to fire type moves (+ plenty of other single weaknesses), so make sure to pair it with Pokémon capable of countering common fire type Pokémon such as Talonflame. Some options are Azumarill (GL) and Swampert (GL, UL), but there are many others that can also do the job quite well.

Apart from that, Mega Abomasnow is a Mamoswine-tier ice type attacker, which is quite good! Make sure to bring it in raids where the raid boss has a double weakness to ice type attacks (i.e. vs. Landorus or Rayquaza) and you’ll see how quickly you’re able to defeat the raid boss.