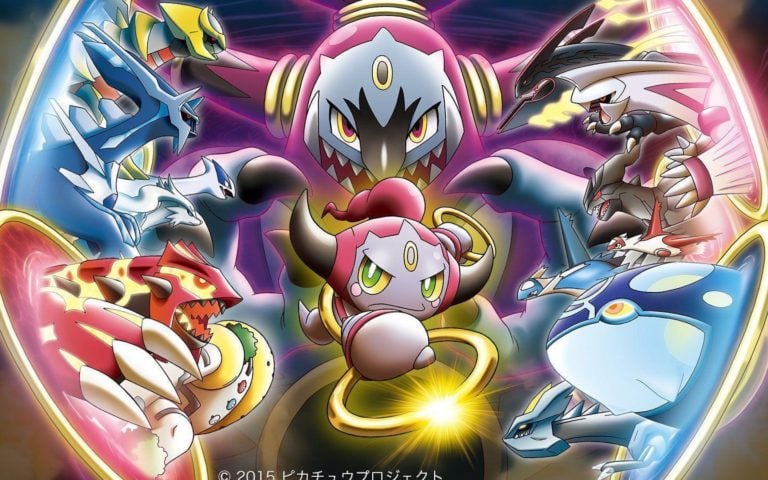 Strange Rings is a Special Research quest line that debuted during Pokémon GO Fest 2021. The quest line features the mythical Pokémon Hoopa and its mischievous adventures in the world of Pokémon GO.

Hoopa was not catchable during GO Fest 2021 and this Special Research was released during Pokémon GO Fest 2021 Day 2: Raid Day.

Ah, %PLAYERNAME%! Just the Trainer I was hoping to see. Have you been enjoying the festival?

I was just out on a stroll and witnessed the most incredible sight. Several rings had appeared in the sky, and as I stared up at them, something truly remarkable occurred.

Legendary Pokémon began emerging from the rings as if by magic!

Naturally, I rushed back to my laboratory and began frantically searching through every book I thought might shed some light on what had happened—but I’ve yet to find anything.

I’m going to keep looking, but in the meantime, I could really use your help investigating in the field.

We have to find out what’s going on here!

Thanks for collecting that information, Trainer. I’m going to send it over to Blanche for analysis. Unfortunately, the rings in the sky have yet to disappear.

I did have some luck in my search for an explanation, however. Look here—it’s the Mythical Pokémon Hoopa.

Known as the Mischief Pokémon, Hoopa enjoys sending things to faraway places using its rings, which can warp space.

That explains why those Legendary Pokémon appeared the way they did. Hoopa uses those rings to move things from place to place—including itself. It won’t be easy to catch.

Based on reports from the team leaders, it doesn’t seem like Hoopa is in the area at the moment. Let’s use this time to prepare to catch it, hm?

Mischievous though Hoopa may be, you have to admit that its rings are quite fascinating, eh, %PLAYERNAME%?

Moments like this remind me of why I became a Pokémon Professor in the first place. The world of Pokémon is endlessly exciting!

For now, why don’t you go challenge some raids with other Trainers and catch some Pokémon? You’ll need your skills at their sharpest to catch Hoopa. Now, let’s GO!

Niantic has shared that GO Fest 2021 Ticket Holders will work together to complete 24 global challenges in order to unlock three bonuses during the Pokémon GO Fest 2021 Ultra Unlock. Thematically, these bonuses are tied to Space and Time, which is a direct nod to Pokémon the Movie: Hoopa and the Clash of Ages.