The Twilight Cup: An In-Depth Guide 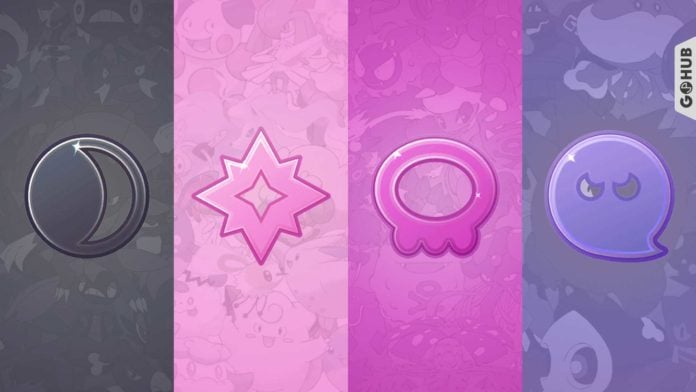 The Twilight Cup is The Silph Arena’s second themed global tournament, featuring Dark, Fairy, Poison and Ghost type Pokémon. The Cup lasts from February 1st – 28th, participants can use Pokémon that have at least 1 of the allowed types and matches can only be held in the Great League format (<1500CP). The official Cup website is available here.

Pokémon Allowed in The Twilight Cup

The following Pokémon are eligible for usage in The Twilight Cup. Baby Pokémon and non-final evolutions are omitted for brevity sake, but be aware that some of them are also eligible for the Cup:

*click here for our review of Meta-Relevant Dark Types

Overview of Types in The Twilight Cup

Among the four types available, Poison and Dark should be two of the most versatile, having eight different second typing each. Poison types have the edge for not being weak to the other three types. The meta also has limited answers to Poison types since there are only a few Psychic types move available, and most of them come from Fairy types, the type that is weak to Poison. There is even less Ground type moves available, which we’ll get to later. Most players will probably go for the second typing’s weakness, like Ice for Venusaur or Electric for Tentacruel.

Dark types may be weak to Fairy, but because Fairy has very little representation, and with the lack of good Fairy type Pokémon and moves, Dark types should be almost as dominant as Poison. The only problem is its other two weakness. Bug and Fighting should be a bit common since it’s pretty much guaranteed a good player would have a Toxicroak, and some may even run either Bug moves (Nidoking and Drapion) or Bug Pokémon (Beedrill and Dustox). Ghost and Fairy types, as mentioned earlier, have little representation because of either the lack of good moves or good Pokémon. Still, Fairy types like Azumarill and Togetic and Ghost types like Dusclops and Drifblim should be viable because of their bulk alone. Some Ghost types also have access to great moves like Shadow Ball and the recently boosted Shadow Claw, for example, Sableye, Haunter, and Gengar. These types could serve as more ‘surprise picks’ that your opponent may not be prepared for.

Alolan Muk and other Poison Dark types are will definitely be common in the meta. The Poison Dark typing resists Poison, Dark, and Ghost, can hit Fairy and Ghost with super-effective damage, and is only weak to Ground. Only seven Pokémon in the current meta can learn Ground type moves, and while five of them are worth using, only one of them shines the most: Toxicroak. Toxicroak not only functions as a counter to those Poison Dark Pokémon, it is also a great glue Pokémon that can easily fit into any teams since it can hit 3 out of the 4 types in the meta super effectively.

Creating a good core for your team is essential. Try picking:

There are some bulky Pokémon that can be used in The Twilight Cup instead of the aforementioned Poison Dark Pokémon. Muk and Swalot both have the bulk to pull off being the core of a team if you don’t have access to any of the Poison Dark types listed above, and can surprise people with their coverage moves. Umbreon is another option with an enormous Defense stat. While Last Resort is enticing since there are not many Rock or Steel types in the meta, it charges slower than Umbreon’s other moves. Qwilfish and its great Charge Moves can also intimidate players with its Water Poison typing. With the lack of good Electric type moves in the meta, you’ll have to settle with Ground and Psychic to deal with it. Dusclops is sort of a poor man’s Hitmonchan, learning 2 of the 3 Elemental punches, but unlike Hitmonchan, it’s actually a bit bulky, which makes it a perfect candidate for baiting shield from opponents, and as well as cover the weaknesses your team may have with either Fire Punch or Ice Punch.

With Razor Leaf getting a boost, Venusaur can put fear in Azumarill’s eyes, but with Togetic and other Flying types in the meta hunting for Toxicroak, they might see Venusaur as an appetizer, so Venusaur has the same problem as Venomoth in a team building perspective. Alolan Raticate has been getting some buzz in The Twilight Cup with its fast use of Hyper Fang and Crunch, though its biggest threat is Toxicroak. Having a good Toxicroak counter on your team, and getting rid of Toxicroak early can pave the way for Alolan Raticate to sweep. Tyranitar has a problem when matched up against Toxicroak, but can give you help with other Toxicroak counters as most of them are weak to Rock. Make sure you use the recently buffed Smack Down as a Fast move. Sableye has the honor of having Fairy as its sole weakness, a type that’s rarely seen offensively early in the match, plus it has Power Gem to use against the Toxicroak counters, but it needs huge Stardust investment, and even then, it’s not that bulky.

There are still lots of Pokémon that we missed that can surprise some teams like Sharpedo, Cacturne, and even Ivysaur, but the Pokémon that we mentioned should be at the top of your watchlist when picking your 6-Pokémon roster. How about you guys? If you find a Pokémon that should be worth mentioning and I missed it, comment it down below. You can also comment to ask for help in making a team.

PS: Thank you to BinetCauchy and other GO Hub Writers for this huge project. This is a huge undertaking that took days of researching, debating, and analyzing. Couldn’t have done it without them so give them all some love as well.