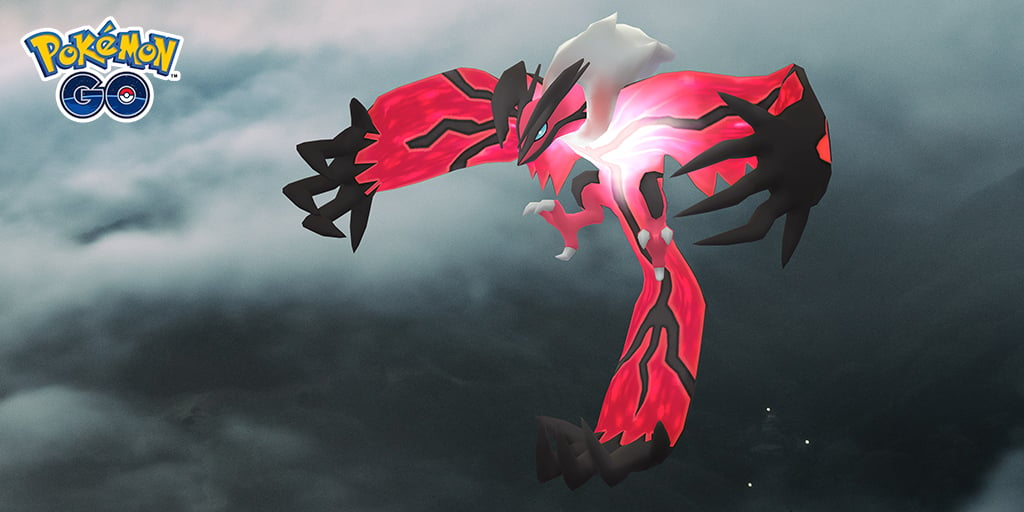 Yveltal is a Tier 5 legendary raid boss in Pokémon GO and with a typing of Dark Flying, it is boosted by Fog and Windy weather. Yveltal can be caught with the following CP values:

Its counters include strong Electric Fairy Rock and Ice type Pokémon such as Xurkitree, Zekrom, Rampardos and Mega Evolutions like Mega Manectric and Mega Aerodactyl.

Yveltal’s stats will show that it is pretty bulky and as such, we would suggest 3-5 trainers with strong counters to ensure a hassle-free win. Trainers will less preferable counters or who are lower levelled will want to bring more trainers into the raid with them.

Xerneas is a disappointment in Pokémon GO, owing to its sorry moveset in the fast moves category. But how will Yveltal fare? Will this destructive Pokémon be worthy enough to add to your arsenal? Let’s find out and show you how you can easily get it on your side.

The best counters for Yveltal, based on the time required to win, are the following:

How to get a Shiny Yveltal?

Shiny Yveltal was released with the start of Fashion Week 2022. It is an unusual white, grey and red shiny, and is often referred to as the ‘bacon bird’ shiny.

You can get a Shiny Yveltal from Raid Catch encounters after defeating the Raid Boss.

While Yveltal has many eyebrow-raising charged moves, it simply cannot be denied that it hits hard. Quite hard. Snarl does decent damage and has a good energy gain, letting Yveltal get to its charged moves fast. Sucker Punch does relatively low damage and has the lowest energy gain out of all Yveltal’s fast moves.

You don’t have to worry too much if the boss Yveltal is using Snarl. Gust does massive damage and also has a good energy gain. However, it is resisted by both Electric and Rock types, which are your best counters. Dark Pulse is a 2-bar charged move, has STAB and does neutral damage to all your main counters. So be wary of this move as it can trouble you a lot.

Hurricane is a powerful STAB move that is not easy to dodge and can do reasonable damage to even the Electric and Rock types that resist it. Coming to the non-STAB moves, Focus Blast is dodgeable but does massive super-effective damage to your Ice and Rock types.

Hyper Beam is again very easy to dodge and despite being a powerful move per see, it shouldn’t be a worry. Psychic won’t KO your counters but is a 2-bar charged move and will come frequently.

In conclusion, Yveltal’s Dark type moves could make it relatively challenging but with the right counters and trainer numbers on your side, it shouldn’t be too hard.

While Yveltal received a nerf to its stats (just like Xerneas), it is still good. And unlike Xerneas, Yveltal did get some decently good moves and would be a good fit in the Master League and PvE meta.

You can read in detail about Yveltal’s performance in my Yveltal Meta-Analysis article and find out just how this amazing Pokémon fares in the meta.

This is a hugely popular Pokémon that can scale more heights with its signature move, Oblivion Wing, done right.

With balanced stats on its side, this legendary monster is a welcome addition to the Dark types. So this is a Pokémon that you definitely want to get good IVs for! Happy Raiding!