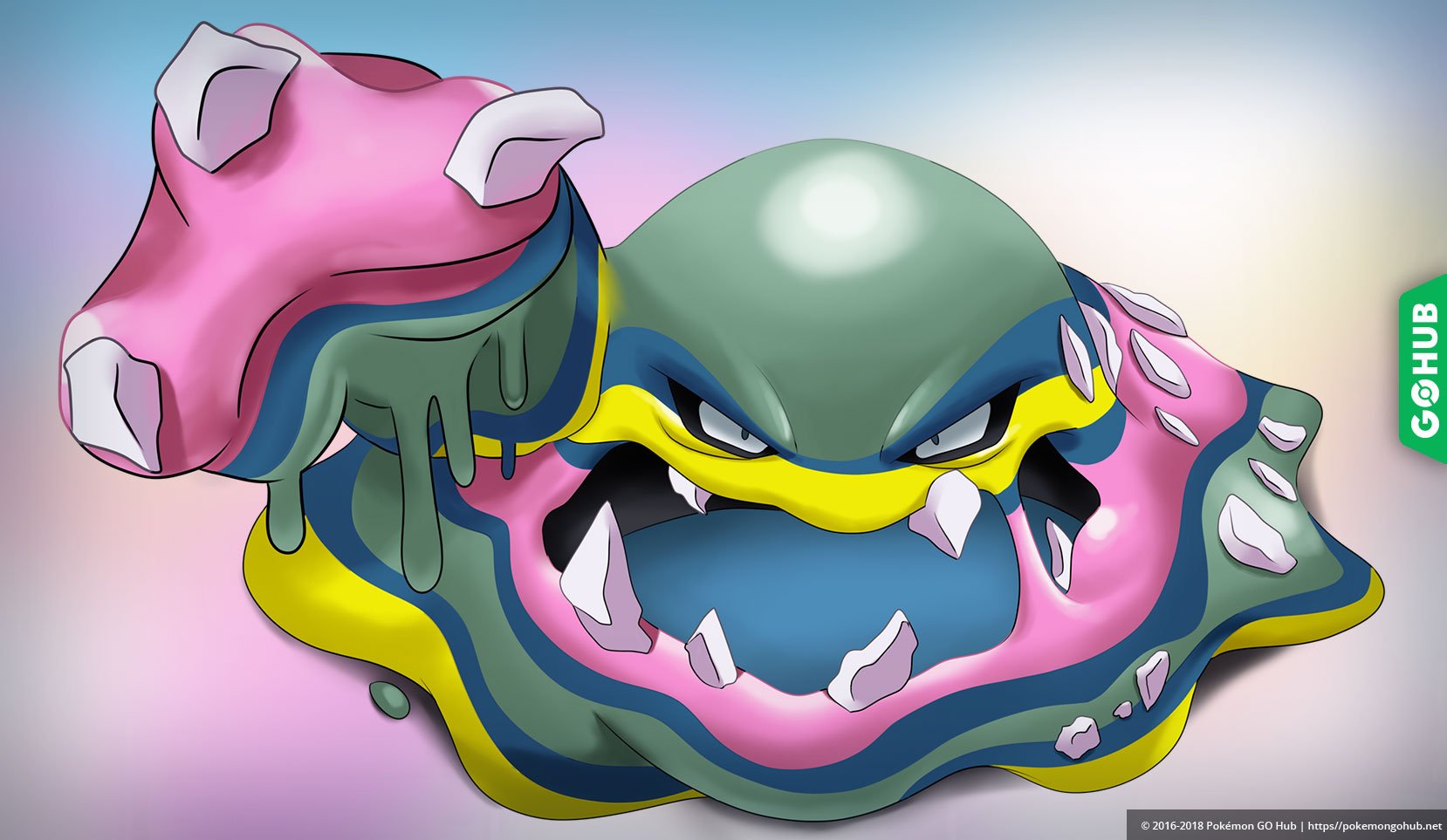 Alolan Muk, a Dark and Poison type Pokémon, is making its way into Pokémon GO along with other Alolan forms of Pokémon orginally found in the Kanto region.

Alolan Muk’s base stats are the same as its Kantonian variant with a max CP of 2709, an ATK stat of 190, a DEF stat of 184 and a STA stat of 210. While these stats allow it to remain the highest max. CP Poison type attacker in the current game, it doesn’t even begin to contend with the ultimate Dark type Pokémon, Tyranitar.

Alolan Muk’s dual typing does however, give it some advantages over its less versatile Poison typed cousin from Kanto; Rather than having a weakness to Psychic type moves, Alolan Muk actually resists Psychic moves (takes 0.714x damage) thanks to it’s partial ‘immunity’ to them. It also gains resistances to Ghost and Dark type moves, but loses resistances to Bug, Fighting and Fairy moves. Both forms of Muk take super effective (1.4x) damage from Ground type moves.

Credit for Alonan sprites throughout goes to Vignette

As stated earlier, Alolan Muk cannot contend with Tyranitar for the title of ‘best Dark type’. This means that its best moveset is one that allows it to fulfill its role as the joint-best current Poison type along with its Kantonian counter-part – Poison Jab & Gunk Shot.

While its position is slated to only decrease in relevance over-time, especially as new generations get added and Poison types with higher max. CP become available, Alolan Muk could have some niche use; If we ever regain any Grass type Raid bosses Muk may be able to back up your Fire and Ice type attackers, especially if it gets a boost from Cloudy weather. Do keep in mind that as many Grass types are also Poison type, they would also get a boost.

If we ever get any Fairy type Raid bosses which aren’t also Steel type (I’m looking at you Mawile…) then Muk could help back up your Steel types in defeating them.

The only difference between normal and shiny Alolan Muk is a subtle one; the green stripes across its body are a pale purple.