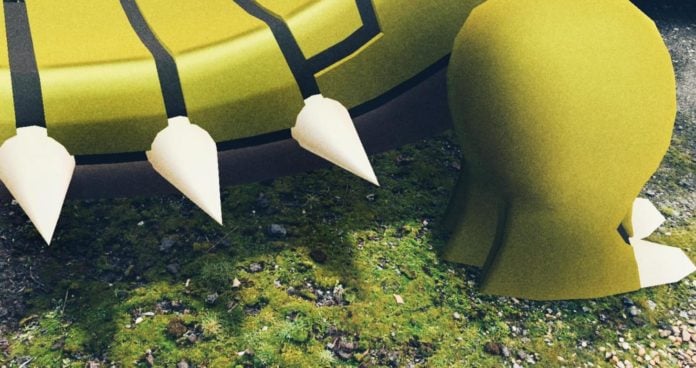 The legendary Groudon is the very embodiment of land and the edgy overlord of the Ground types. Also, a bitter rival to Kyogre. 😀

But for a Master League enthusiast, Groudon is also one of the best Ground types in particular and Pokémon in general.

For PvP, Groudon has only one way to go (and a very good one at that): Mud Shot + Fire Punch & Earthquake. And it’s amazing; almost a picture-perfect moveset combo.

The ever sneaky Mud Shot charges up its charged moves super fast.

Fire Punch is a good low energy charged move that can also be used for shield baiting and putting in some much-needed damage when battles do down the wire.

Earthquake is a solid nuke and with Groudon’s STAB, it obliterates when it hits super-effectively or even neutral.

Then, the GBL Season 8 moveset update brought in a much-needed PvP buff to Dragon Tail. With a [DPT/EPT] set of [4.33/3.00], Dragon Tail has become one of the most damaging fast moves in the game complemented with decent energy gains unlike moves like Charm or Razor Leaf (being 50% faster than either of them!)

With a new toy to play with, Groudon became all the more dangerous than it already was. This raises the natural question:

The aim of this article is to throw insight into how one compares to the other in specific match-ups, in the (1-1) and (0-0) shield scenarios.

There is no spoiler on which one is better. It actually all boils down to your other two Pokémon that form your team with Groudon.

Before I give you the comparison tables, let’s cover ground (pun intended) on some Groudon basics!

Groudon is a pure Ground type Pokémon and as such, is weak to the Grass, Ice and Water types.

While Groudon’s defensive prowess isn’t the most remarkable out there, its Ground typing makes it an offensive monster!

The Ground typing ties with the Fighting type for the maxima of super-effective coverage and therefore, Groudon deal super-effective damage to the Fire, Electric, Rock, Poison and Steel types.

Groudon has the following stats in Pokémon Go:

Those stats are… legendary and justify the might and status of Groudon as one of the best Pokémon to use in battles.

It hits really hard and has good bulk to complement its usage in any meta. Naturally, it would be criminal to not give a good movepool to one of the most popular Pokémon and legendaries alike.

This is the very premise of this article. Mud Shot is speed, Dragon Tail is attack. As simple as that!

We know which fast moves to compare. Now let’s check out the charged moves!

The choice for your charged move combo is a no brainer. Fire Blast and Solar Beam both lack STAB and are really expensive even with Mud Shot.

Earthquake is the only STAB charged move here and does heavy, heavy damage.

Fire Punch costs only 40 energy and is a useful bait move for Groudon.

So when it comes to the charged move combination, Earthquake and Fire Punch is the only way to go.

In the (1-1) shield scenario of Master League Classic

In the (0-0) shield scenario of Master League Classic

In the (1-1) shield scenario of Open Master League

In the (0-0) shield scenario of Open Master League

Groudon is an amazing Pokémon. It already does extremely well in both PvP and PvE, gets a fantastic Primal forme and is in line to get its signature move Precipice Blades in the future. Not to mention, its shiny is gorgeous!

Regardless of whether you opt for Mud Shot or Dragon Tail, this behemoth is going to put in work for sure! As I’d already mentioned early in this article, the choice between the two is a direct function of your team. In the right hands, Groudon is dangerous and rightfully so.

When Groudon does get Precipice Blades the lower energy cost can turn over many match-ups, particularly in the (0-0) scenario. You can bet I’ll be there to analyse that when it comes but for now…

Whether you are throwing dirt or using your tail better than Rayquaza does in the Master League, Groudon is going to be instrumental in securing several wins for you!