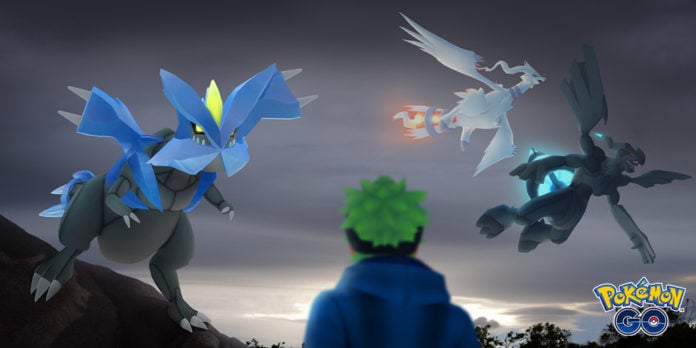 It has been well over a year since the Unova region (Gen 5) graced Pokémon Go. With the global pandemic halting much of the game’s usual progression, there is still a good number of Gen 5 Pokémon waiting to make their presence felt.

The Unova region Pokémon have always been a mixed bag but one cannot deny that this region has been meta-shaking. Excadrill, Conkeldurr, Chandelure, Hydreigon, Haxorus, Reshiram, Zekrom to name a few… are all stalwarts in their own right. Some of these monsters such as Hydreigon, Haxorus, and Chandelure are all worthy contenders for a future Community Day, which would undoubtedly improve their viability.

Which begs the question…

What are those unreleased Gen 5 Pokémon that would make their mark on the ever-dynamic meta of Pokémon Go?

This is exactly what we aim to answer. Through the course of this write-up, I will highlight the top 5 unreleased Pokémon from Gen 5. It should be noted that the Pokémon listed here aren’t necessarily the top 5 of the Gen 5 meta as a whole. Rather, they are the top 5 from the unreleased subset of the Gen 5 Pokémon.

With that being said, let’s hop into these 5 stars who reflect the brightness of Gen 5 the best from the unreleased crop.

And with its release in Pokémon Go, it will rival the likes of Psystrike Mewtwo as the crown holders of the best non-mega evolved Pokémon in the entire game (that “non-mega evolved” part is important and I will come to that).

Boasting of a whopping 310 ATK stat that puts the mighty Rayquaza to shame, Black Kyurem will be the ultimate non-mega evolved Dragon type in the meta.

Blessed with the flagship Dragon type moveset of Dragon Tail and Outrage, and the hard-hitting Blizzard to complement its secondary Ice typing, Black Kyurem is a relentlessly powerful beast that would freeze and shake the meta to its very core.

What’s even more exciting is the fact that Black Kyurem rounds up as one of the best Ice type attackers in the game!

Now coming to the “non-mega evolved” part which I promised to address, it should be noted that Black Kyurem will be outclassed by both Mega Rayquaza (354 ATK) and Mega Garchomp (339 ATK) as they also come with the Dragon Tail and Outrage package.

But one has to keep in mind that mega evolutions are temporary and only last a few hours at the time of this writing.

As such, Black Kyurem is undoubtedly the more reliable dragon in regular usage when compared to mega evolved ones.

With the mouth-watering dual typing of Dragon and Ice, Black Kyurem rightfully occupies the throne of the draconic beasts!

The Ground type is one of the best offensive types in the world of Pokémon.

However, it took some time before the Ground typing could gain its footing in Pokémon Go.

With the buff to Earthquake, the introduction of Earth Power, amazing fast moves like Mud Shot and Mud Slap, and most importantly, Pokémon like Groudon, Garchomp, and Excadrill in the game… Ground finally began to impress.

But the earthy powers of those Pokémon are finally going to be down-to-earth courtesy of the leader of the Unovan Genie Trio: Landorus (Therian).

A crazy ATK stat of 289, decent bulk, and access to the deadly combination of Mud Shot and Earth Power, it seems apparent that Landorus (Therian) wished upon a Genie per se!

Add Rock Slide and even the Flying types aren’t safe from the threat named Landorus (Therian).

Interestingly, Landorus (Incarnate) is already one of the best Ground types in the game but its Therian counterpart is just wild!

While Groudon (more particularly, Primal Groudon) would surpass Landorus (Therian) with eventual access to its signature move: Precipice Blades; and Mega Grachomp will be an absolute earth-shattering monster with Earthquake, Landorus (Therian) will always be a premier Ground type that you can convincingly bank upon at all times.

Earth Power is not exactly learnt by the most OP Pokémon in the game right now but when the roar of Landorus (Therian) echoes the meta, you can bet that it will be ground-breaking (pun intended).

This Pokémon is exemplary to the moniker of ‘beauty and the beast’ because it’s both!

Volcarona is undoubtedly one of the most widely anticipated Pokémon from Unova and rightfully so!

Not only is this fire-moth breathtakingly gorgeous, but it is so good in the competitive scene that many regarded Volcarona as a legendary Pokémon during the release of Pokémon Black & White.

Does Volcarona bring its divine prowess to Pokémon Go?

You bet it does!

For starters, Volcarona will finally usher in a streak of formidability into the Bug types as it would take flight as the best non-mega evolved Bug type in the game.

But to be honest, we all know that the bugs are a rather underwhelming type in general as the Bug type moves stats and numbers in Pokémon Go just don’t kill it.

So while Volcarona will undoubtedly shine bright as your go-to bug, it surprisingly gets hotter as a Fire type.

Yes, Volcarona as a Fire type is in strict contention with the likes of Reshiram, Chandelure and Darmanitan (all ironically from Gen 5), its wonderful typing of Bug and Fire hands it some very useful resistances that make Volcarona fill in some niche Fire type roles.

Volcarona resists both the Ice and Steel types and heavily resists the Grass type.

This makes our Mothra a supreme counter to these 3 said types.

With Steel types running full galore in all PvP leagues, Volcarona would be an excellent threat to keep those heavy metal monsters a beating.

Did I mention that Volcaron’s base form, Larevesta, would require 400 candies to evolve into Volcarona?

Not surprising when you recall that Larvesta needs to get to level 59 in order to evolve in the main series games.

After having Altaria and Wailord as underwhelming entrants of the famed Pokémon Go 400 Candies Club, it is time Gyarados gets some elite meta company with Volcarona.

The grind is real and the patience is worth it!

This list just took a dark turn, quite literally!

Often regarded as Gen 5’s attempt at Lucario, Zoroark is a very popular Pokémon that is definitely worth its fame.

The Illusion Fox Pokémon has an awesome ATK stat that is on the league of the Dark type pseudo legendaries: Tyranitar and Hydreigon.

But what really makes Zoroark succeed is its moveset.

While it definitely lacks the bulk, the high EPS of Snarl makes Foul Play spammy and a STAB Foul Play from a 250 ATK stat Pokémon is going to hurt bad.

Remember the song: “What does the fox say?”…

Well, it says: “I’m one of the best Dark type Pokémon in the game!”

Did you see that ATK stat?

So this monster from the Genie Trio has a jaw-dropping ATK stat, a fantastic typing of Electric and Flying, and the ever-gracious Thunder Shock as a fast move and it still pales in comparison to other Gen 5 Pokémon?

You see, there’s one major problem…

Thundurus (Therian} doesn’t get access to Wild Charge even though it learns the move in the main series games.

What a blasphemy, Niantic!

With access to the well-deserved Wild Charge, Thundurus (Therian) would have been the best Electric type Pokémon in the game!

Instead, it got the low-power Thunder Punch and the meh Thunder.

Thunder? Are you kidding me?

Even with Thunderbolt, Thundurus (Therian) would have outclassed Zekrom who is the current best Electric type in the game with… guess what, folks?

See, Thundurus (Therian) with its given moveset isn’t bad. It is still going to shell out some really attractive DPS.

But Niantic has really done it dirty by giving it a sorry moveset.

We don’t really have too many good Electric types in the first place.

So here’s hoping that Thundurus (Therian) gets its due one day.

Gen 5 has undoubtedly been an excellent entourage of Pokémon.

We got an amazing variety of Pokémon that occupy a pivotal role in the meta and many who are in line for betterment through their potential Community Day.

The unreleased crop of gen 5 feels like a long time overdue now and I bet that you are waiting with bated breath for Niantic’s announcement of the next Gen 5 wave!

While the Pokémon in this list are the meta harbingers, there is no denying that there are some really cool Pokémon incoming.

Yes indeed! Despite being a competitive player myself, I’m eagerly looking forward to Pokémon like Druddigon, Jellicent, Bisharp, and Krookodile!

That being said, the competitive guy in me is looking at these top 5 Pokémon with a flurry of excitement.