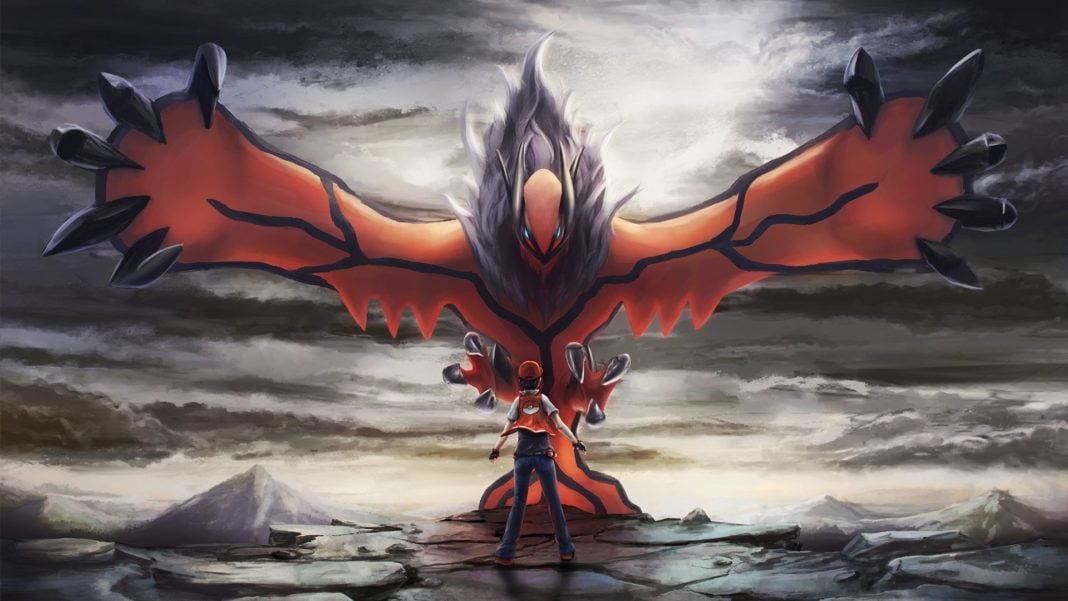 Yveltal is the box legendary of Pokémon Y and in case you haven’t figured out till now, this Pokémon is shaped like the letter Y.

It is categorised as the Destruction Pokémon and by the looks of it, we have no doubt about that one!

The third legendary, Zygarde, maintains the natural order between these two.

With the world of Pokémon Go finally venturing into Gen 6, it is natural to analyse how the legendaries from this generation would fare.

And this Dark Flying monster is undoubtedly one of the most anticipated ones!

How will it fit into the Dark and Flying types, where the competition isn’t as high as some of the other types in the Pokémon Go meta?

Will it be viable in PvP? PvE?

Let’s get into it and find out just how high Yveltal will soar over the meta.

Yveltal is a Dark and Flying type Pokémon and as such, is weak to the Electric Fairy Ice and Rock types.

Its part Flying type ensures that it is no longer weak to the Fighting type, the most bothersome weakness of the Dark types. Additionally, it also loses the typical weakness to the Bug type.

It comes with useful resistances to the Ground Psychic Dark Ghost and Grass types.

The niche of taking only neutral damage from the Fighting type and also delivering super-effective damage in return puts Yveltal in a special spot shared by the likes of Honchkrow.

However, Honchkrow is a glass cannon.

So how superior are Yveltal’s stats going by the fact that it’s a legendary Pokémon, after all. Let’s find out!

Yveltal has the following stats in Pokémon Go:

As expected, Yveltal has monstrous stats befitting of a cover legendary.

Its ATK stat is super high, higher than the likes of Groudon and Kyogre.

Its DEF is impressive and its HP is off the charts.

From the looks of Yveltal’s stat figures, its ATK is slightly lower than and its bulk totally crushes that of Darkrai and Rayquaza, the premier Dark and Flying types in the meta respectively.

Now the biggest question pops up…

Will Yveltal take the life off the might of Darkrai and Rayquaza in their respective typings?

There’s only one way to find out!

Yveltal can learn the following moves in Pokémon Go:

Right at the outset, Yveltal’s moveset is… awkward?

I mean, Yveltal learns moves like Sky Attack, Fly and Foul Play; all of which are superior moves when compared to Yveltal’s movepool.

So is Yveltal bad?

Not at all. Yveltal is really good. In fact, it is amazing in PvP. It only has issues in PvE, but I’ll come to that later.

Snarl has high EPS, great synergy with any charge move and is the unanimous fast move of choice.

Sucker Punch is inferior to Snarl.

Gust comes with high DMG and decent energy generation. While Gust is great, the high energy gains of Snarl make it all the more effective.

Dark Pulse is mandatory, sporting 80 DMG at 50 energy. It is also the cheapest charged move for Yveltal in terms of energy requirement. With Snarl, Yveltal can reach Dark Pulse in just 4 turns!

Hurricane is costly but sports tremendous DMG. It is great as a secondary move.

Focus Blast can be considered as an alternative to Hurricane, as it helps to check Steel types. But the lack of STAB and the high energy requirement makes it less attractive.

Hyper Beam is not even worth discussion. Just avoid this move.

What is the ideal moveset for Yveltal?

Yveltal’s stats make it the best Dark type in the Open Master League.

The combination of Dark and Flying STAB give it at least neutral damage to the entire meta.

As mentioned previously, being a Dark type and taking neutral damage from the Fighting type give it a special niche as a Dark type Pokémon that is unmatched in this meta.

Yveltal is able to shut down many of the top meta picks such as Metagross, Mewtwo, Giratina (both forms), Machamp, Conkeldurr and do excellent damage to Dragon types.

That said, it struggles against the likes of the notorious Togekiss, Magnezone, Tyranitar, Melmetal and Dialga.

But Yveltal is just so bulky! So at the end of the day, Yveltal is undoubtedly a top pick for the Open Master League meta.

Yveltal has been having a great showing so far…

Until it comes under the PvE scanner.

With regards to DPS:

I’m not even considering mega evolutions or Shadow Pokémon here.

The most noteworthy point is that Honchkrow, a Pokémon that share the same type combination as Yveltal, outclasses the latter in the Flying type department!

Just goes on to show how much of a difference movesets can make in the Pokémon Go meta!

However, Yveltal has incredible bulk and as such, it has a superior TDO to all those Pokémon mentioned.

This obviously leaves Yveltal as a worthy member of your Dark and Flying type raid party.

It resists Shadow Ball and even Focus Blast from Mewtwo. Be careful though, if Mewtwo is using Thunderbolt or Ice Beam.

Gen 6 is not exactly going to be meta shaking as a whole but a few Pokémon from this generation will certainly leave their mark in the meta.

Yveltal is one such Pokémon.

It is an absolute monster in the Master League meta, becoming a deathly threat for almost everything out there.

While it is outclassed by the humble Honchkrow, giving it access to anything like Foul Play, Sky Attack or Fly will turn its fortunes.

While Foul Play may or may not become a part of its arsenal, the addition of Dark Void to Darkrai in the game master gives Yveltal hope in the Flying type department.

Ylveltal is undoubtedly going to be one of the most valuable Pokémon from the Kalos region.

When its time comes, it goes without saying that the letter Y will be feared by all in the Master League.