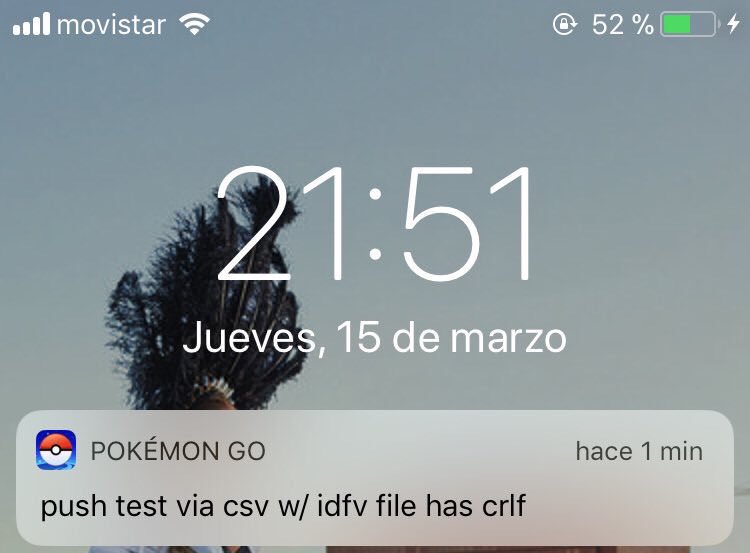 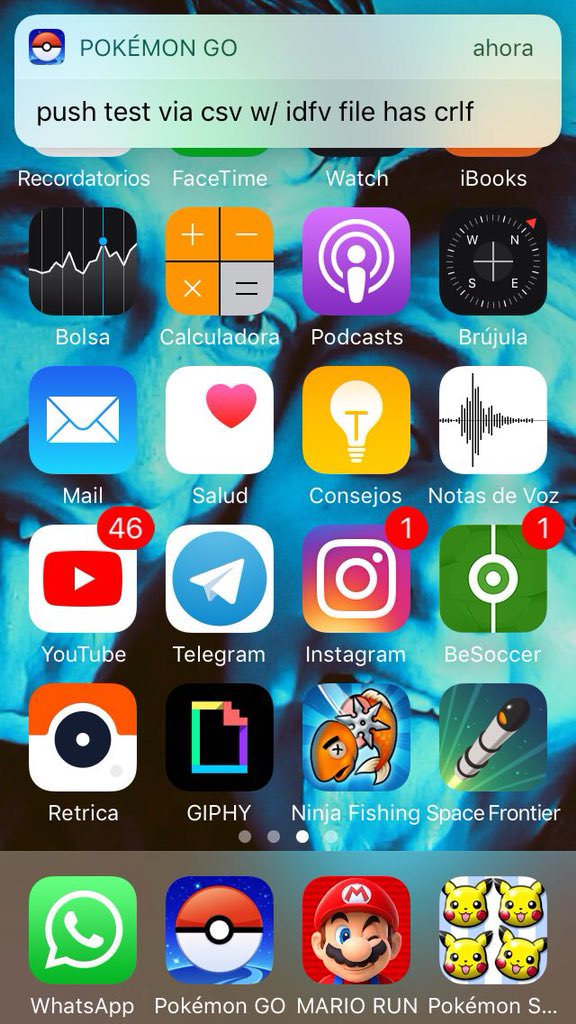 The notification says the following: push test via csv w/ idfv file has crlf and believe it or not, it actually makes sense. Let’s break it down.

In human lingo, the notification says something along these lines:

“We’re testing push notifications that use / are read from, a comma separated file and use Apple’s identifier for vendor mechanism. The CSV file we’re using is formatted with line breaks.”

Although bizarre and sinister looking, the notification is harmless and obviously a product of accidental button presses at Niantic HQ.

As far as the used technology goes, Niantic is using more or less standard mechanisms of queuing notifications and sending them down the wire.

We’re quite happy to see that they’re actively testing and working on the notification system. You know how the old saying goes: one notification a day, keeps player inactivity away!

Huge shout out goes out to our Spanish team – Pokemon GO Hub ES, you rock!