Chrales, a data miner with the PoGO Dev discord channel and one of the most active network traffic analysers in the world, has just leaked the following info:

First off all, we don’t know when these Pokémon will be released, but we do know that the game is downloading their image assets – sprites that are used for Pokédex and various other in-game Pokémon lists.

This is the last thing that is needed for their release, so it could happen rather soon.

The following Pokémon assets are being downloaded:

You can see all of their sprites in the following imgur album. We are updating their respective Pokémon pages as you write this.

In addition, the following image will be displayed as the news splash screen once the update goes live:

We can now confirm that this will be the news splash screen once 20 new Gen III Pokémon go live. It is not live yet.

Delibird is coming to town

We’ve already reported that Delibird’s moves are both in the APK and in the Game Master file. There is nothing holding Niantic back from releasing it, especially now when the image last required image assets are also being downloaded in the background.

Here’s the asset in question: 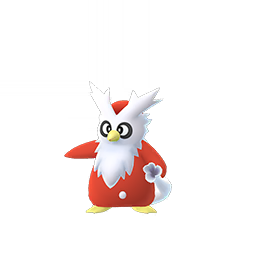 Curiously, Delibird doesn’t seem to have a Shiny form yet. We find this especially curious due to Delibird being a Generation II Pokémon. To this day, every Generation III Pokémon that was added or leaked always had a Shiny sprite attached to it. It is possible that Shiny Pokémon will feature Gen III primarily on launch?

Yesterday we’ve reported that a new capture mode is coming, titled AR Plus and based around sneaking up to a Pokémon and catching it using your tracking witts. As a part of that report, we’ve found a series of images tied to the AR Plus tutorial, however no text was found.

Luckily, Chrales has found the text in question via network traffic analysis and we now have a complete understanding of the tutorial in question.

The images we found:

The text behind these steps: