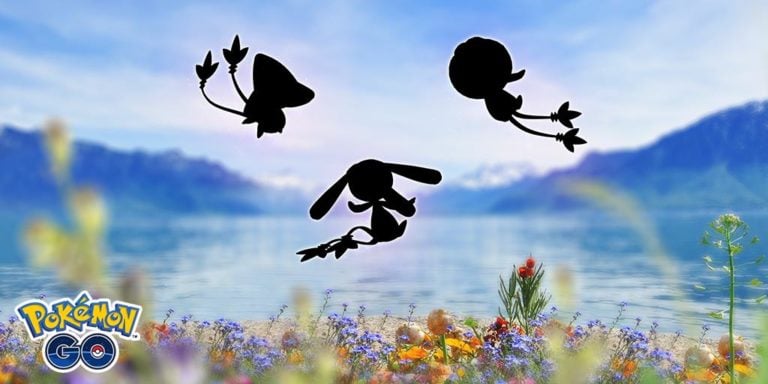 Trainers, reports are flooding in from all over the globe, that the recently announced Lake Trio is now available in Pokémon GO. Yes, I’m aware that this might have been expected, but what doesn’t seem right is that these reports claim that the Legendary Lake Trio is available to catch in the wild, something we have never seen before when it comes to Legendary Pokémon in Pokémon GO.

As of right now, there are few things that we know, and the only knowledge we have is based on user-submitted reports. Of course, we present this information with a grain of caution and warning to our readers. Stay tuned as we will update as more information becomes available.

Shortly after the first reports started coming in of the Lake Trio being available in the wild, Pokémon GO took to Twitter to announce their presence, however, what they have said is as vague as anything.

Hmm. We’ve been hearing reports of unidentified Pokémon. 🤔 As Professor Willow looks into these reports, please let us know if you spot anything out of the ordinary in #PokemonGO. pic.twitter.com/S08Fnq5u0Q

As of right now, all three members of the Legendary Lake Trio have been reported. At different parts of the world, seemingly without rhyme or reason. However, one popular theory as of now is that their appearance is directly tied in with nearby large bodies of water.

Credits to these images goes to Kelven and other online Trainers!

As of now there are no indications that this would be the case, but based on the fact that up until now Azelf has only been reported from the Americas, Uxie from Asia-Pacific, and Mesprit from Europe, we believe there is a strong possibility that their spawns may be tied to specific regions of the world.

We will keep you updated with specific regions if this turns out to be fact.

Edit: Based on recent Pokémon GO tweets and user-supplied reports, we can confirm that Azelf is in fact the American/Greenland Lake Trio member Legendary! Of course, this implies that the other two members are also regionals, and will most likely pertain to the regions mentioned above.

If it’s true that these legendary Pokémon are now being found in the wild, we think it’s important to note a few tidbits of information.

Credits to the math goes to themedic.

As a left-field appearance, it seems that shortly after these reported sightings, Shellos started to appear in the wild! This includes East Sea (Blue) Shellos and West Sea (Pink) Shellos.

The best way to summarize our views on the release of the Legendary Lake Trio would be wow. Just, wow. Niantic threw a complete curveball when it came to their release, not only doing it at an unexpected time but by unforeseen measures.

Trainers, do you remember when at the start of Pokémon GO you would hear about rare spawns near you, and you and your fellow Trainers would run to catch it? To get the chance of catching a Pokémon that you perhaps may have never seen before? One thing is certain, Niantic has gone back to its roots with the release of the Legendary Lake Trio, and I cannot think of a better Pokémon to get Trainers excited to encounter in the wild.