For a second day in a row, this is not a drill, a new wave of EX Raid passes has gone out, targeting an EX Raid on March 17th!

PS: Please make sure to complete our EX Raid survey!

Although this wave isn’t as curious as the previous one for March 10th, as highlighted in our previous article published yesterday, March 8th: New round of EX passes just went out for March 10 raid; it certainly comes as a surprise to everyone and questions our understanding of of the EX Raid system.

Some, like the image shows below, have the unfortunate situation of having three passes in their inventory: 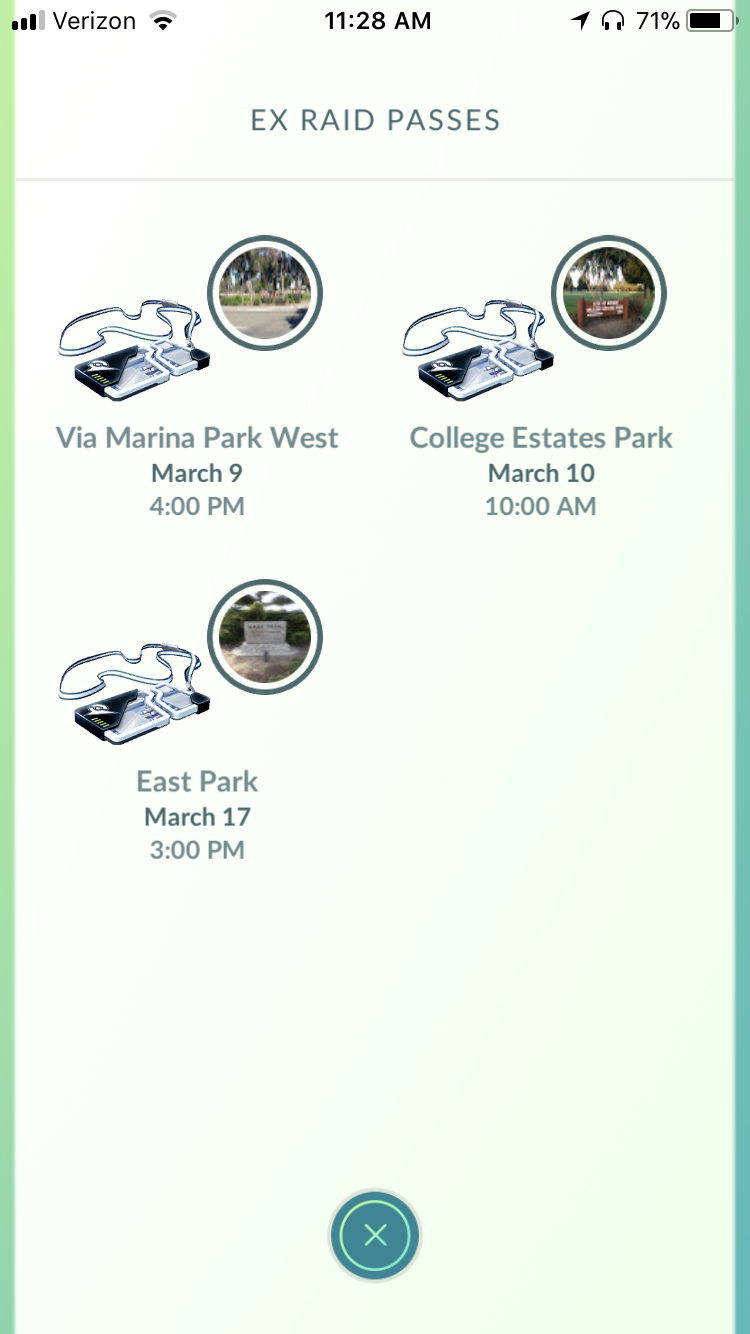 This is the third invitation wave after Niantic’s recent acknowledgement that the invitation system should work differently now. Therefore, we once again urge all of our readers to take part in our EX Raid survey and share it afterwards, especially to players who did not get an invitation.

A few early observations (similar as yesterday’s, which might hint towards a new yet distribution pattern):

Reminder about the time zone bug:
We also take this opportunity to remind all Android users that update 0.93.4 finally fixes the time zone bug. Ping your local community to update, as this also influences the time on your EX Raid pass – there could be trainers missing out tomorrow’s EX raid due to this bug! More information here.