In today’s official blog post (titled “An Update on EX Raid Battle Invitations“), Niantic has announced that a handful of positive changes were made to the invitation system.

The changes are as follows:

In addition to these changes, Niantic has confirmed that a bug was introduced when these changes were made, and, as a result, some Trainers were invited to participate in an EX Raid Battle at a Gym they may not have visited in several months. This bug has already been resolved.

Niantic has also apologized to the genera playerbase for any frustration that the recent wave of EX Raid Battle invitations has caused:

We appreciate the feedback many of you have shared over the past several weeks and apologize for any frustration the latest batch of invitations may have caused. We’re constantly monitoring feedback shared on various social media and support channels, so please continue to share your thoughts on your preferred channel as we continue to fine-tune this feature.

We are currently analyzing the survey data from the “buggy wave” and we can confirm that the latest batch of invitations was severely affected by this bug. Preliminary results show that almost 48% of invitations were distributed for gyms that were not raided recently. 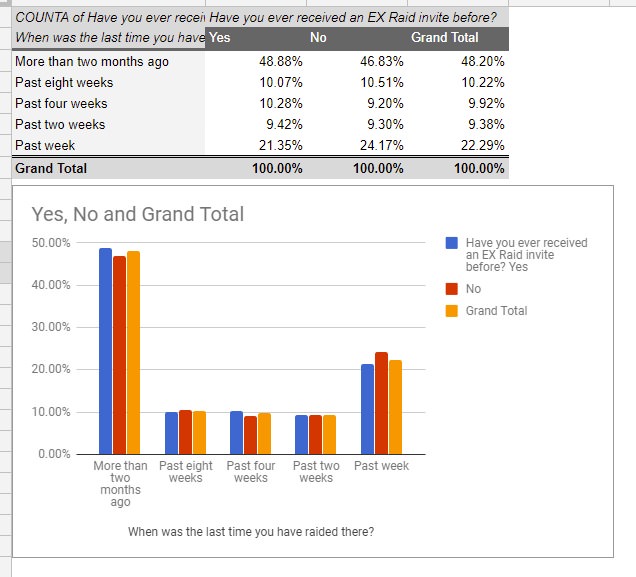 We have updated our EX Raid Pass page accordingly.